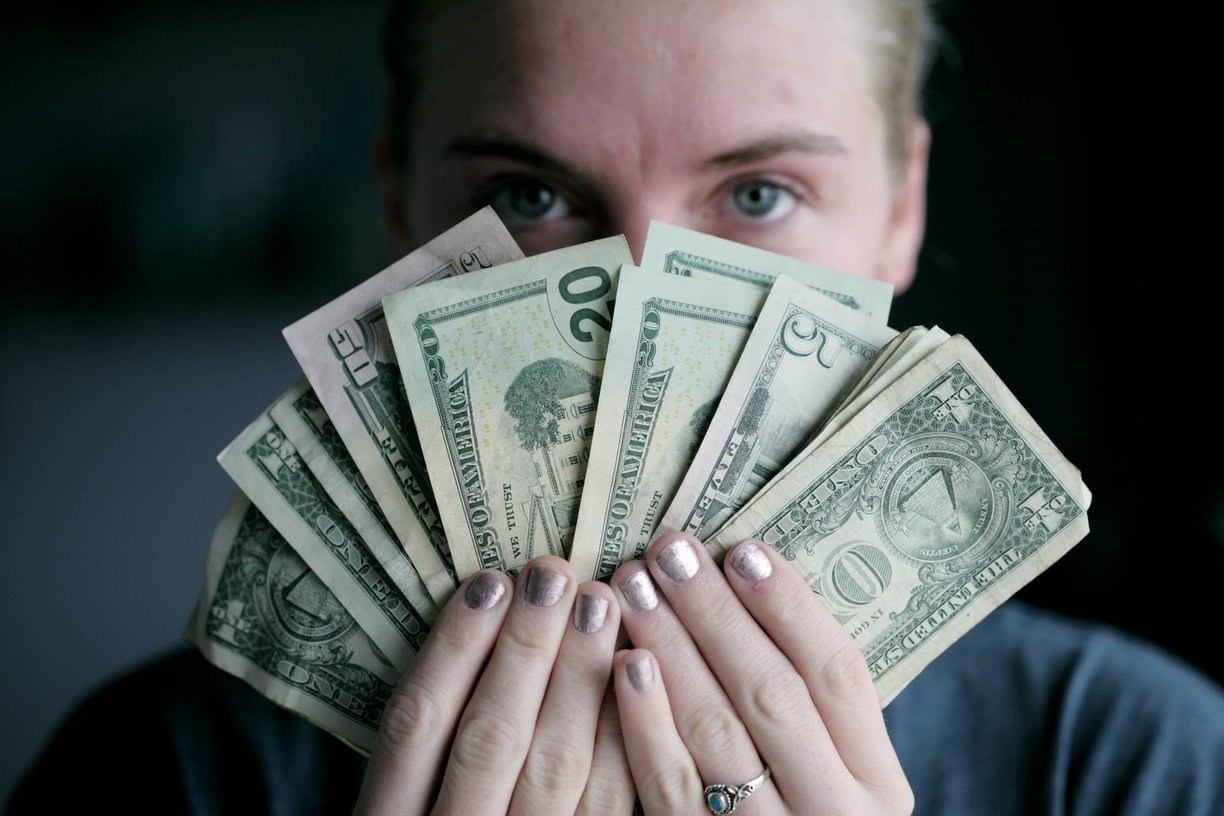 Federal Job Guarantee Programs: How Could They Affect Employers and Staffing Firms?

Ed Dolan is a senior fellow at the Niskanen Center, with a Ph.D. from Yale in economics. In a recent Salon article about job guarantees, Dolan poses a fascinating question: “Why, one might ask, is the idea of a federal job guarantee (JG) being revived now, when unemployment is at a 50-year low?” At the heart of the matter is the “hidden unemployment gap,” the chasm dividing “the number of people now working and the number who would work if jobs were available at a living wage,” as Dolan describes it. Perhaps the looming question we must ask ourselves in the employment industry is this: What’s more important, lower costs or higher levels of quality, engagement, and retention? If a wage war is coming, a battle pitting private sector jobs against federally guaranteed work, what does the casualty count look like? How do the factions fare?

Dolan’s query should open more than a few eyes, because it has become one of the biggest sleeper issues in the upcoming election season. Democratic presidential candidates have already signed on. Sen. Bernie Sanders endorsed a sweeping job guarantee proposal. Sen. Cory Booker introduced legislation for pilot programs in 15 cities, with three other senators jumping on board as co-sponsors.

Employment, especially in politics, is a perennially hot topic. It’s why the current administration, as re-election committees convene, has been touting economic strength, job growth, and low unemployment figures more frequently. Of course, a lot of those claims gloss over hidden perils.

In a June 12 editorial for The Hill, Frank Knapp Jr. revealed that May’s employment numbers should rouse some alarm.

According to the ADP report for May, only 27,000 total new jobs were created in the month. The even more shocking statistic was that small businesses shed 52,000 jobs last month. Most of this job decrease, 50,000, came from businesses with fewer than 20 employees.

Thirty-three thousand came from the “goods-producing sector,” with small businesses of fewer than 20 employees accounting for 24,000 of these lost jobs.

Not only did existing small businesses bleed jobs in May, the crucial new startups were not making up for the losses. In fact, our nation is in a period of very low new small business startups.

Knapp then gave voice to the thing we’re all worried about—that the specter of another recession could be lurking around the corner.

‍
Understanding the Difference Between Jobless and Not Participating

The other concern is how we view the jobless rate. Four years ago, the labor force participation rate (LFPR) plunged to its lowest level since 1977. LFPR measures the number of Americans in the workforce, while also disclosing the number of people who have abandoned it. Flash forward to May 2019. The number looks a tad healthier at close to 63%, although it’s an increase of less than 1%.

There’s a significant distinction to be drawn between unemployment and LFPR. Unemployment statistics track the number of jobless people who’ve filed claims and are actively seeking work; they just haven’t found or been offered a position. The LFPR counts individuals who’ve disengaged from the workforce entirely. To put it another way, pretend you’re an actor on the old “Star Trek” series—one of those hapless crew members in the red shirts. It’s safe to say that you’ve become the consummate at-will employee. The odds of your character returning to the teleporter in one piece are, well, not stellar.

You meet a pathetic end at the tentacles of some alien creature. You deposit your final check, phone your agent, and start looking for new roles. You are unemployed. Perhaps your character’s name gets memorialized on a plaque for fallen crew members in the unseen bowels of the U.S.S. Enterprise. You tell yourself this is the case.

Conversely, let’s say you were so outraged by your character’s demise that you curse the entertainment industry, the show’s cold-blooded writers, and the pompous actors in the mustard-colored shirts who volunteered your character for “operation human shield.” You resolve never to work again. In this scenario, you’ve joined the ranks of the LFPR’s dearly departed.

These prospective workers, a virtually untapped pool of really passive candidates, are targets of job guarantee programs. Dolan broke down the estimates provided by a 2017 Levy Institute study in a related piece he authored for the Niskanen Center:

“An essential part of the case for a job guarantee is a large gap, at the margin, between what workers are now being paid and the maximum that private sector employers would be willing to pay to keep them on the job,” Dolan explained. “Without such a gap, private employers, if forced by external circumstances to increase wages, would reduce the number of workers they hire or the hours of work they offer. The result could be large-scale migration to guaranteed public-service employment (PSE).”

Although state-level minimum wage increases have occurred, the prevailing federal minimum has stayed at $7.25 per hour. Dolan looked at two proposals behind a change to the federal limit, which would influence the job guarantee efforts—one from The Levy Economics Institute and the other from Mark Paul, William Darity, Jr., and Darrick Hamilton (PDH).

So what does this mean, and what’s at stake? Well, if even a small fraction of the 35 million workers examined in the research migrated to guaranteed jobs (with the higher wages and benefits options), the shift could be incredibly disruptive. If a large enough percentage of the workforce opted for positions in the job guarantee sectors, that could lead to unanticipated attrition and new hiring challenges for clients and staffing agencies.

Dolan pointed out that the government may have trouble implementing such a program. After all, a fast food restaurant or retailer can simply raise wages to keep workers and pass those costs on to customers. The government has only taxes to leverage, and most people are averse to such hikes. But it is happening.

In a spotlight of Kinston, a town in Lenoir County, North Carolina, ABC News 12 reported that the city had passed a tax increase on June 17. “Kinston's city council members voted to increase property taxes by three cents per $100,” the article explained. “Those three cents will increase city employees' salaries by 4 percent--which the council hopes will help keep important personnel here.”

If the federal job guarantee programs take hold and take off, new levels of hiring competition will naturally follow. Workers will migrate. Our passive candidate pools, now rather large, will shrink. Not much can stop that from happening if the job guarantee solutions succeed. However, that doesn’t mean we should throw in the towel or embroil ourselves in a painful bidding war. Yes, competitive compensation structures will matter. But they should. Clients have become more open to paying higher rates for skilled, highly qualified workers who will see the project through to completion. Yet engagement, which includes a good salary, means much more than that.

Workers want jobs that accommodate work-life balance. This is why many traditional workers have moved to gigs and freelancing. These professionals enjoy flexibility, while their employers benefit from the agility of a complementary workforce. Modern talent desire to remain in control of their schedules, assignments, and projects. Finding ways to offer remote working days, alternative schedules, and other types of flexible arrangements will go far in retaining the best employees.

Compensation does matter, even when it’s not the ultimate factor. For workers who perform at passing levels, a jump in pay might seem more cosmetic than imperative, something LinkedIn calls “the hygiene factor -- too little money will definitely create high churn, but over compensating people won’t make up for a poor work environment.” The pay should suit the position, the work, and the skill sets required. But gone are the days of pricing out good workers at below market rates.

Career development and redeployment strategies are powerful motivators, particularly with contingent talent. Today’s professionals place a high emphasis on growth, development, career advancement, and cascading opportunities with new clients from their staffing agencies. While working for various organizations and industries, contractors glean new skills, making them more valuable and qualified as time goes on. These experiences often translate to higher compensation, which benefits workers and their staffing firms in the form of higher pay and bill rates.

Health benefits are no longer an obstacle. Today’s contingent talent have access to benefits through their staffing agencies or Affordable Care Act exchanges. But staffing firms may want to invest in delivering a more comprehensive package to workers as an incentive to stay—and to compete with the proposed benefits that could manifest in the job guarantee programs.

Workers don’t just hop jobs for pay bumps. They’re seeking cultural fit, alignment, opportunity, mentoring, and a mission in which they can believe. An abiding and committed sense of purpose can become a powerful lure. For Millennials, sharing the client’s vision or championing its goals can be a crucial factor in the job decision.

Soon, staffing suppliers and employers may find themselves under greater pressure to raise pay, particularly for talent with in-demand, specialized skills. But pay alone isn’t the weapon that wins the war. Success springs from striking the right balance between nurturing candidates, keeping them engaged, providing opportunities for development, and ensuring their wellbeing.