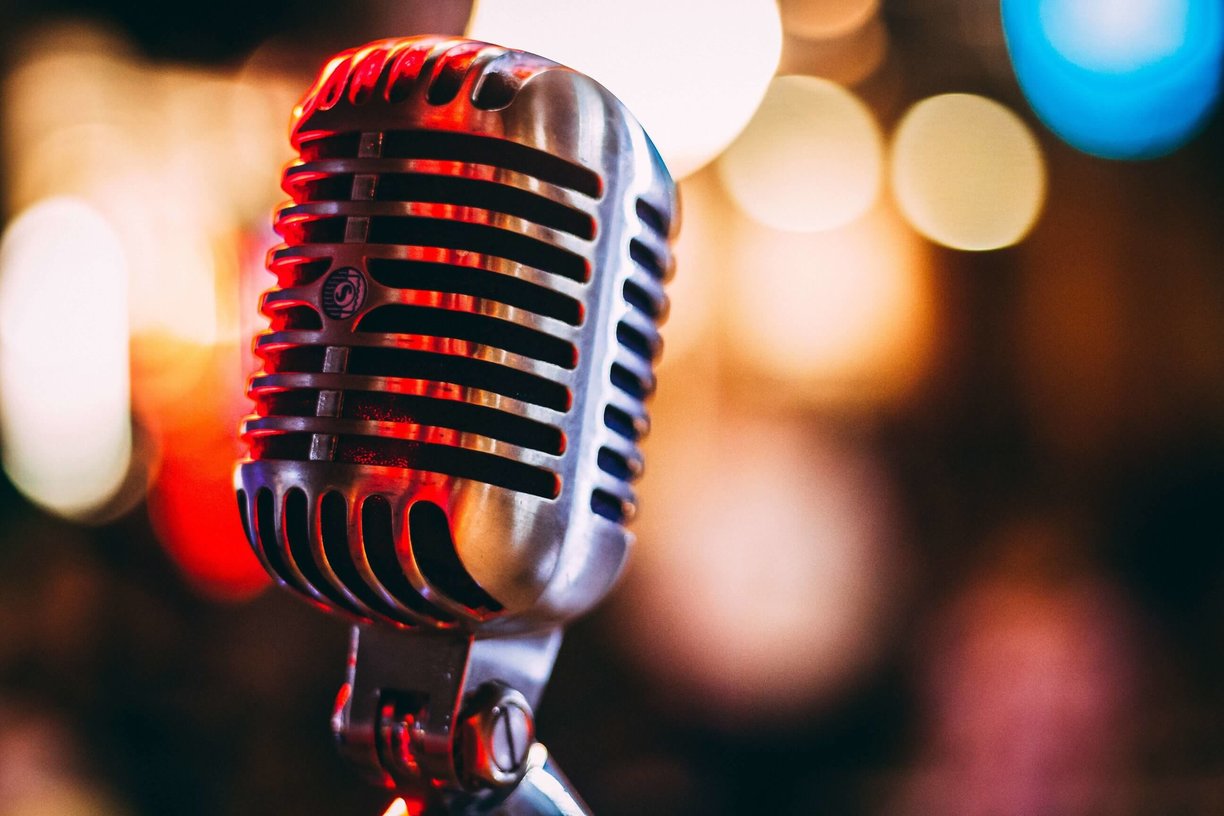 How to Talk to People: Journalism Interviewing Tips for Recruiters

It’s probably safe to say that one of the most challenging aspects of staffing is finding a “best fit” candidate. And by that, we’re not talking about the right education, years of experience, or optimal skill sets. Those qualities certainly weigh heavily on hiring decisions, but they’re not always reliable predictors of alignment—how a prospect will actually perform, integrate, and unite with the team dynamic that defines a client’s particular business culture. Cliché as it may sound, the adage of “train for skills, hire for attitude” still holds a lot of water in the recruitment game. Sometimes, it’s the difference between a good candidate (on paper) and a stellar worker (in practice). That’s why the interview process has become a critical component of staffing success. But it’s also a very difficult thing to master, even for professional journalists. Let’s take a look at how a prolific NPR reporter approaches interviews, and incorporate those strategies into our hiring efforts.

Policing Candidates Who Cop an Attitude

In 2017, recognized HR expert Dr. John Sullivan discussed a growing concern he called “attitude fraud,” a form of deception in interviews that can trip up unwary recruiters. Attitude fraud, he claimed, may be a leading factor that contributes to 46% of all new-hires failing within 18 months of hire. Sullivan defined attitude fraud as “candidates with an undesirable attitude” who “purposely deceive and act as if they have a great one to get hired.” Some recruiters, he cautioned, do little to detect and avoid it. Yet even the most astute recruiters struggle to spot it.

In a study conducted by the academic journal American Psychologist, researchers found that “agents of the FBI, the CIA and the National Security Agency—as well as judges, local police, federal polygraph operators, psychiatrists and laymen—performed no better at detecting lies than if they had guessed randomly.”

It’s imperative that recruiters develop techniques for accurately determining candidate values. Sullivan highlighted examples from organizations such as Southwest Air, Zappos, and Charles Schwab—all of which have implemented unconventional means for sussing out disingenuous responses during interviews. Southwest, for instance, has flight attendants monitor the behaviors and actions of candidates being flown to interviews.

Zappos tasked its shuttle drivers with conducting the same informal “when they’re not looking” assessment of attitude when transporting candidates from the airport to the company’s Las Vegas campus. Candidates who treat drivers poorly aren’t hired. Period.

The CEO of Charles Schwab goes a step further, participating directly in the experiment by arranging to meet a candidate for a breakfast interview. He arrives early and coordinates with the restaurant manager to botch the candidate’s breakfast order. He then assesses how the individual responds to the inconvenience.

Not all of us find ourselves with the time and resources to scrutinize candidate behaviors with this level of involvement or attention. But well-honed interviewing chops can help us evaluate the intent, attitudes, demeanors, and ideals of the people we’re considering for open positions.

How to Talk to People

NPR listeners need no introduction to Terry Gross. She has been a prominent voice and mainstay of public radio since the mid 1970s. “It’s fair to say Terry Gross knows some things about talking to people,” wrote New York Times’ columnist Jolie Kerr in a November 2018 piece highlighting Gross’ prowess a conversationalist and interviewer. “The host and co-executive producer of NPR’s ‘Fresh Air’ has interviewed thousands of personalities over the course of her four-decade career.”

Gross brings a sense of “empathy and rigorous preparation” to every interview she conducts. These alone are essential traits that any interviewer should consider the sharpest arrows in his or her quiver. It’s one thing to skim resumes in search of stand-out candidates. However, once those people have been identified, it falls on the interviewer to digest the resume in full, get a feel for the candidate’s ambitions and aspirations, contemplate alignment with the client’s culture, and formulate behavioral questions that will render the most optimal hiring decision possible.

As far as empathy, interviewers must also realize that they are participants in a two-way conversation, not interrogators grilling a suspect unilaterally. That means preparation should anticipate responses to questions the candidate may ask.

“One thing [Gross] does not allow of her interview subjects, however, is input on the edit,” Kerr added. In other words, the people interviewed don’t have the chance to call back and revise or retract their responses. What’s said is said, and what’s done is done. Recruiters and hiring managers would do well to approach their interviews in the same manner—ensuring that they’re asking the right questions, phrasing them lucidly, clarifying ambiguities in the moment, following up, and standing by their “edits,” which in this case translates to the hiring outcome they’ll recommend.

However, teaching a person how to host a highly successful interview is another matter entirely. Even the most seasoned reporters will confess to enduring years of stumbles, refinements, and difficult learning curves. There’s just no universal, academic formula for carrying out a telling interview. All the scripts in the world can’t comprehensively prepare an interviewer for unexpected responses, shifts in direction, push backs, or non-answers. Scripts are incredibly useful guides for recruiters, but they fail to convey the fundamentals of engaging candidates in a sincere and informative dialog. By including some of Terry Gross’ tips into the mix, we may be able to overcome those hurdles.

Tell Me About Yourself

According to Gross, four little words can consistently kick off a strong conversation: “Tell me about yourself.”

We all know what the candidate has included in his or her resume, but we still don’t know who they are. For that reason, Gross advises interviewers to avoid starting conversations with a pointed question that presumes information to be true, such as, “What were your duties in your previous job?” or “How well do you know Python?”

“The beauty in opening with ‘tell me about yourself’ is that it allows you to start a conversation without the fear that you’re going to inadvertently make someone uncomfortable or self-conscious,” Kerr explained. “Posing a broad question lets people lead you to who they are.”

For recruiters, sample openers (in addition to “tell me about yourself”) could include:

Most people know the expression “curiosity killed the cat.” What they miss is the largely forgotten rejoinder: “but satisfaction brought him back.”

A natural sense of curiosity separates a sterile interview from an engrossing conversation, because it demonstrates interest in the candidate. Curiosity, Gross said, becomes the common thread that transforms the interview into a dialog by “being genuinely curious, and wanting to hear what the other person is telling you.”

Curiosity offers interviewers the opportunity to reply more sympathetically to a candidate’s statements. It also creates a comfort zone that makes candidates more likely to reveal important information or characteristics that inform the hiring decision. Behavioral questions are paramount to effective interviews, but they can cause friction if asked abruptly. Curiosity paves the way for interviewers to delve deeper into illustrative candidate responses:

Behavioral-based interviews are trickier and less straightforward that traditional Q&A methods, although they typically produce superior results. Candidates may hesitate to answer. They may return weak responses during the volley. Gross suggested that the best way to regain control is for the interviewer to “share an experience.”

Giving something back in this regard reinforces the idea of a conversation, builds trust, establishes perspective, and allows the interviewer to move the dialog back on track.

“An interview is a two-way street, which can be hard to remember when you’re the applicant who desperately wants to land the gig, but Ms. Gross gently reminds us that as an interviewee, you’re there to do some sussing out of your own,” Kerr pointed out. “What is the job really like? What would be expected of you? Being prepared, too, can help you avoid getting caught off guard, or help you to more easily pivot the conversation to a subject that you’ve prepared yourself to talk about in a way that plays to your strengths.”

‍
How and When to Push Back

Journalists often have to interview a wide swath of public figures. Gross broke down the different interview styles into those aimed at politicians and artists. As civil servants, politicians generally owe us answers. If they evade questions, Gross explained that she will “keep asking and re-asking and asking, and maybe I’ll ask it in separate ways, and maybe I’ll point out that they haven’t yet answered the question.”

Artists, on the other hand, are there to discuss work that’s more subjective, personal, open to interpretation, and without an established sense of obligation.

For recruiters, preparation is key. When deciding what questions to ask, it may be wise to bucket them into categories like “politician” or “artist” to determine the amount of latitude and assertiveness that should follow. For example:

Conversation, like programming code or operating machinery, is a skill. Mastering the art of interviewing and engaging candidates isn’t likely to be an innate gift; it’s a type of expertise we learn through experience, mistakes, and progress. Practice makes perfect. But with a little perspective and guidance from the people who converse for a living, we may be able to polish our skills with greater ease and agility.

Photo by israel palacio on Unsplash