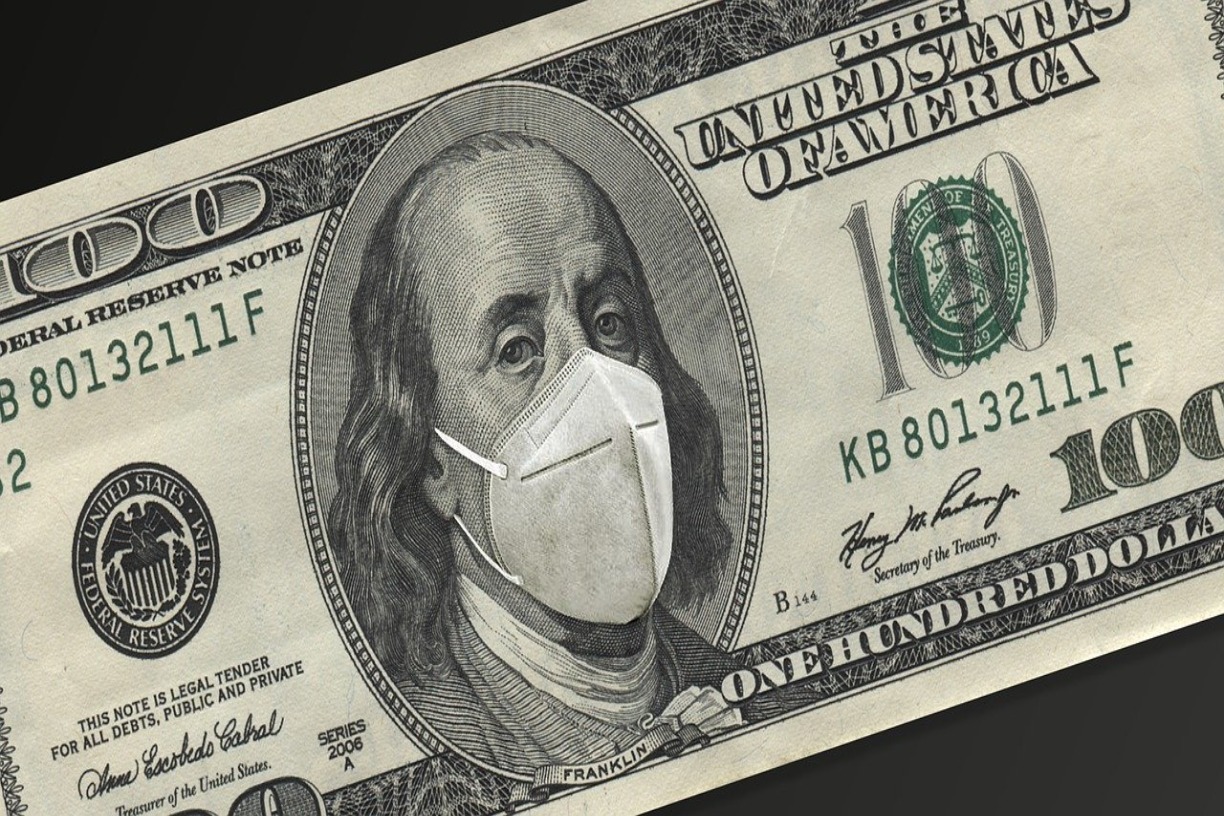 The Crisis Pay Compromise in Travel Nursing: Recruiting and Retaining, Not Price Gouging

Nurse staffing shortages are still making headlines. As the pandemic drags on, complicated by variants such as omicron, the fatigue and stress weighing on practicing nurses have opened the door for a mass exodus from the profession. We often hear the stories of heavy caseloads and workforce attrition plaguing overcrowded hospitals. But other healthcare systems are also hemorrhaging record numbers of staff. As NPR’s Rhitu Chatterjee reported, the pandemic continues to pummel long-term care facilities, with no rapid recovery in sight. Placing and retaining nurses is critical, but simply offering bonuses or vague recognition ceremonies won’t solve the problem. For staffing providers to help, there must be a partnership with clients—and a compromise. Attracting skilled travel nurses means considering higher pay rates, or “crisis pay,” during this actual staffing crisis.

In long-term care facilities, for instance, there are no longer enough people to carry out the basic daily needs of residents. Managers are being forced to fill the gaps left in the wake of vacating workers, which means they have less time to focus on the core administrative or operational needs of running the locations. Admissions have been limited. Facilities have been shuttered, widening the deficit in care options across regions and restricting patient access. “That, in turn, is causing backups in hospitals,” noted Chitterjee, “as they are unable to discharge patients who need long term care.”

“Given the growing demand for healthcare services across a multitude of specialties, reports project that 1.2 million new registered nurses (RNs) will be needed by 2030 to address the current shortage,” noted University of St. Augustine for Health Sciences (USAHS) in its report “The 2021 American Nursing Shortage: A Data Study.”

Yet as we pointed out last March, the average national turnover rate for nurses is typically 17% annually, with some regions reaching as high as 40%. The pandemic has had a profoundly detrimental impact on those figures. We now confront the worst nursing staffing shortage in decades, with 60% of nurses and 20% of physicians preparing to exit their professions directly because of COVID-19. Analysts project these departures to cost individual hospitals an average of $5 million in turnover per year—about $137 billion overall.

Recently. Nurse.org conducted a survey of over 1,500 nurses to assess the state of their situation as governments begin relaxing safety mandates. Even though the volumes of patient admissions and infection rates have dropped in the United States, those figures do little to erase the strain that healthcare professionals have been operating under for the past two years.

“Only 12% of the nurses surveyed are happy where they are and interestingly, 36% would like to stay in their current positions but changes would need to be made for that to happen,” said Kathleen Gaines of Nurse.org. “Nurses report wanting safe staffing, safer patient ratio assignments, and increased pay in order to stay in their current roles.” She pointed out a host of other distressing results gathered from the survey respondents.

Among the chief reasons for nurses leaving the bedside?

The staffing industry has played an instrumental role in helping healthcare providers find travel nurses, bolster float pools, and otherwise ramp up the numbers in systems where resignations and dwindling applications have severely impacted the remaining staff. But recruiting and retaining travel nurses has become a difficult task. Retention strategies today must include commensurate increases in wages, hazard pay, and safer nurse-to-patient ratios.

As Melissa Plescia wrote in Becker’s Hospital Review, “Hospitals have been using external staffing agencies more frequently as they deal with a surge in COVID-19 cases and a dire workforce shortage. The average salary for a travel nurse varies depending on location, regional demand, hospital type and specialty, but compensation significantly increased compared to before the pandemic.”

Crisis rate travel nursing jobs focus on short-term assignments to help meet the administrative needs of a hospital or other care facility. In this context, the word crisis refers to the facility's urgent need for personnel who can provide services to each patient. Since the need for a short-term employee is so great, employers are willing to pay so-called “crisis rates,” which are typically $5 to $20 above the rate for regular nurses.

Given the unusual and desperate circumstances influenced by COVID-19 throughout various stages of the outbreak, the concept of crisis rates would seem to make sense, right? Well, maybe not. Staffing agencies came under fire for alleged price gouging amid the pandemic. And some lawmakers took action, as Plescia noted. In January, nearly 200 congresspeople wrote to the White House, urging an investigation into price gouging by staffing agencies. These notices were accompanied by others from the American Hospital Association and American Health Care Association/National Center for Assisted Living.

Some states saw red flags when travel nursing salaries increased by up to 40% and staffing agency revenues “soared” to an increase of nearly 60%. However, universal condemnation doesn’t make sense—nor does presuming that these spikes resulted in pure profits for the agencies. If the pay rate is going up, so too is the bill rate. That doesn’t necessarily imply that the profit margins themselves have been stretched by incredible lengths. The overhead costs of sourcing, recruiting, advertising, and even credentialing nurses grew along with the base pay rates needed to attract skilled and willing candidates.

“The simplest definition of price gouging is the unlawful or unfair raising of prices,” explained Y. Tony Yang and Diana J. Mason for HealthAffairs. “However, defining and identifying price gouging is far from simple. To find an individual or entity liable for price gouging, the government must determine what makes an increase in prices ‘unlawful’ or ‘unfair.’ This can be a thorny issue because price gouging must be distinguished from normal price increases due to the law of supply and demand.”

“Prior to the pandemic,” the authors added, “staff nurses at hospitals earned on average $73,300 per year, or approximately $1,400 per week. But travel nurses now can be paid between $5,000 and $10,000 per week. Besides the increased pay, travel nurses can decide to work when they want, taking weeks off between assignments, and work in locations they might otherwise be priced out of as a resident, such as Southern California or New York City.”

Interpreting whether increased prices are “unlawful,” “unfair,” or “excessive” is a cumbersome undertaking when one considers the fact that many sellers and businesses must increase prices during emergencies.

“To some critics, these state price gouging laws were not designed to deal with the length and national scope of the current pandemic,” Yang and Mason said. “When states of emergency are declared after natural disasters such as hurricanes, price gouging laws generally apply to businesses within a specified geographic region. But the COVID-19 pandemic is a nationwide (and international) crisis, and businesses can end up being liable for price gouging in multiple jurisdictions. And those jurisdictions may define price gouging differently with some providing very little guidance to businesses. In response, businesses may be leery of anything that could raise prices. But this could mean sitting out the emergency instead of sending their products into new channels to respond to increased demand. In other words, price gouging laws—designed to protect consumers—may be harmful.”

A Solution for the Crisis Pay Conundrum

The reality is that without offering higher wages, nurses won’t come running to openings. They’re in demand. They’re in control. It’s their market, and they’re aware of this. They can, like or not, command higher salaries right now. Clients have a clear choice: accept the bump in rates or leave vacancies unfilled. That said, businesses must also be protected from opportunists who are legitimately gouging rates, in the form of exorbitant expansions to their profit margins. Transparency is key. Here are some tips to judge the difference and drive informed decision making.

Nurses want compensation that is commensurate with the additional work and responsibilities they bear as a result of the pandemic. To source and recruit nurses, staffing agencies must engage them with meaningful offers, which encompass potential rate hikes in the form of crisis pay. The challenge, however, is pushback from states or the beleaguered clients themselves. They want nurses but on occasion have accused agencies of price gouging when proposing crisis pay. It’s a bit of a Catch-22, and success will depend on a healthy partnership between staffing providers and their clients, as well as some healthy compromises.