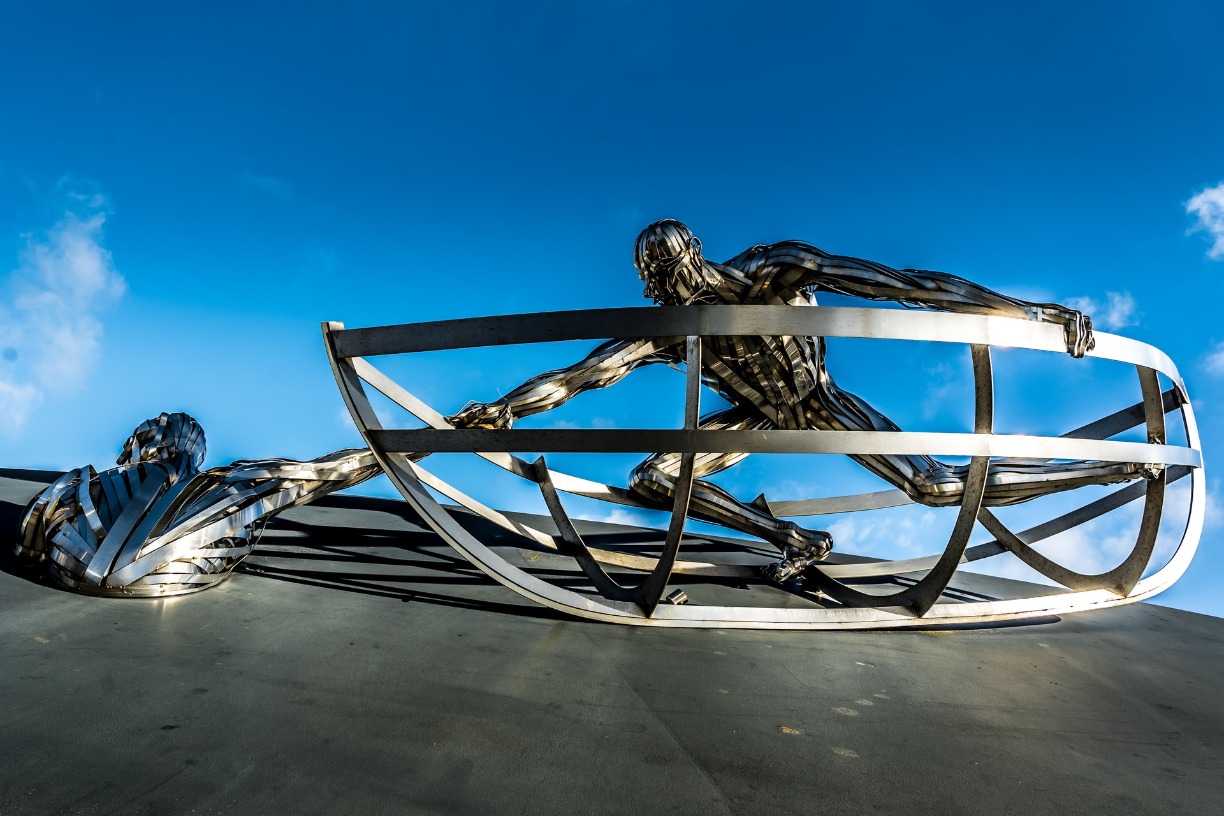 #AloneAtWork. Discord. Clubhouse. How We Rewrite Our Business Past to Inspire Future Meaning

Poet and literary critic T.S. Eliot wrote much about the link between tradition and progress: how acknowledging the past and its fusion with the present inspires change. Tapping into the old is what makes novelty possible, basically. Perhaps he was right. #AloneAtWork is a hashtag now. It’s a thing, a trend. But it’s nothing new. The latest iterations of social media, which are experiencing booming popularity, have given us a “novel” way to communicate with one another: by voice. So, if I’m getting this right, Silicon Valley just invented the phone call. Hmm. Here’s the point. There’s a big connection between the past (isolation, antisocial media) and the future (inclusion, social media). And the impetus for change, the progress if you will, is society’s pressing desire for genuine interactions. To feel a real sense of community. To be engaged, not overwhelmed. It’s something we don’t examine enough when throwing the “company culture” catchphrase around. So let’s start looking.

Use of “loneliness” as a term exploded after the Industrial Revolution of the 1800s and kept chugging upward until the 1990s, when it tapered off. It then enjoyed a hefty renaissance in the 21st century. Now, true to the fashion of our digital age, the “loneliness epidemic” has its own hashtag. We can post it liberally on all our tweets as we send messages of alienation into a void of strangers that we’ve adopted as “friends.” Insert emoji here.

The dilemma is one of irony. We’re surrounded by people at work, whether physically or virtually (since the pandemic), but we don’t feel comfortable expressing ourselves sincerely or speaking openly—and believe that nobody else does, either.

Social media, too, spawns the same conundrum. There’s a somber Franz Ferdinand ditty called “The Academy Award.” It features lyrics such as, “We're starring in the movies of our lives / And the Academy Award for good times goes to you.” Social media is the song’s culprit, enticing us to lead exaggerated or fabricated online lives in a competition for popularity, just to experience the crushing defeat of even more disconnection.

Loneliness, as Eliot would say, is not a new phenomenon. It’s a tradition. In fact, Eliot’s most famous works of poetry are grounded in the isolation and despair of a post-war society. But it’s changed, loneliness. It’s progressed. It’s got a brand-new bag. And it is an epidemic with consequences.

Sure, business leaders who want their people back in the office will deflect the blame toward COVID-19 and the mass teleworking arrangements it influenced. But a study from MIT Sloan discovered that #AloneAtWork was a thing before the pandemic:

“In our first survey study of 223 executives, conducted in December 2019 and January 2020, we found that, even prior to the major shift to working from home and social distancing brought on by the COVID-19 pandemic, people were struggling with feelings of social isolation at work. For example, 76% reported that they had difficulty making connections with their work teammates, and 58% agreed with the statement ‘My social relationships are superficial at work.’”

The Loneliness Epidemic: Yes, It Exists and It’s Bad

What’s worth noting is that this predicament isn’t exclusive to the elderly, disabled, or homebound—demographics often cited as the usual suspects—according to WebMD: “In a survey of 20,000 Americans, nearly half reported always or sometimes feeling lonely or left out. Young adults ages 18 to 22 are the loneliest generation of all, the survey found.”

The “loneliest generation” also happens to fit the same age group as social media’s most prolific users. We need to come up with a hashtag for that. I’m open to suggestions.

What are you talking about, Bret? It’s social media. It has “social” right in the name.

Bob Deutsch, a cognitive anthropologist, had this to say in Entrepreneur: “Social media -- the first mass medium to allow people to publicly share their thoughts, feelings and lives with others -- has become dangerously inauthentic. From cries of ‘fake news’ to the rise of bots, bogus followers and other trolls, it's hard to know whom, what or where to trust.”

It’s not just the malevolent and the machines who power the disingenuousness infecting our social networks. Social media practically begs for fantasy, as Deutsch explained: “So, while we can share the delectable stack of pancakes we had for breakfast, the highlights of last night's party, our feet poolside on vacation and of course, our ‘likes’ and laments, all we're sharing is a simple chronicle. One that with the right filter and snappy status update can project an image of a life far better than the one we authentically experience.”

His assessments are supported by studies that correlate social media to depression, anxiety, and loneliness among teens and young adults.

A recent trend, beginning around 2019, highlights a shift that may account for the soaring embrace of social networks such as Discord and Clubhouse. In her article “The Era of Antisocial Media,” Harvard Business Review’s Sara Wilson, citing data from Edison Research and Triton Digital, discussed how social media usage has leveled off or declined among Americans 12 to 34 years old:

“To understand what’s driving this shift, you need only talk to young people. They’re saying that after years spent constructing carefully curated online identities and accumulating heaps of online ‘friends,’ they want to be themselves and make real friends based on shared interests. They’re also craving privacy, safety, and a respite from the throngs of people on social platforms — throngs that now usually include their parents.”

Then Wilson said something that intrigued me: “If social media can feel like a crowded airport terminal where everyone is allowed, but no one feels particularly excited to be there, digital campfires offer a more intimate oasis where smaller groups of people are excited to gather around shared interests.”

This idea of a digital campfire, to me, is precisely the catapult and the selling point for invitation-only networks like Clubhouse and Discord.

Discord caters deeply to gamers. The San Francisco-based company claims about 150 million users, which edges close to Twitter’s 199 million. Unlike traditional social networks, Discord earns money by selling subscriptions to “a premium service that lets you customize your profile and upload high-resolution images and videos for $9.99 per month or $99.99 per year,” as CNBC reported.

“The company says it’s pushing the industry to think more creatively about monetization and won’t be dinged by the criticism of other social media giants: ‘If you don’t pay for the product, you are the product.’”

That sounds awesome to me. I’d gladly pay Google a monthly fee to kill all the ads. Just because I recently looked up Velveeta Cheese doesn’t mean I want to eat it, Google.

Discord allows public and private groups to gather and chat by text, audio, and video via their social platform. Users have control over whom they communicate with. The company has also invested in curbing harmful online behavior (looking at you, Facebook and Twitter), becoming a founding member of The Digital Trust & Safety Partnership. My son actually uses Discord. He has a close group of seven friends, authentic friends, on the app. I’ve met them. They have profound conversations about real issues, they’ve supported each other through family crises and breakups, and they have fun delving into their shared interests. It doesn’t detract from their physical connections, but it certainly enhances their digital ones.

As ABC wrote, “Clubhouse is slower and stranger. It's audio-only; no photos to be seen, except those on user profiles. Using Clubhouse is like listening to a podcast, but live. Or like being part of a very exclusive conference, one with celebrities. The conversations cannot be recorded within the app, which seems to loosen people up and encourage them to speak more freely. If you aren't in the room to hear them talk, you'll miss out forever.”

Yes, it capitalizes a bit on FOMO, but it also fosters intimacy. Invitations are required. There’s greater security because nothing can be recorded or preserved. ABC interviewed Crystal Abidin, a digital anthropologist at Curtin University., who said, "It feels like Clubhouse is taking away from all that Zoom fatigue… Right now, it's like a gentlemen's club or an insider's club that only people who are very invested in would seek out.”

The popularity of the app has attracted celebrities, public figures, and investors. In fact, there are communities, akin to Shark Tank, where would-be entrepreneurs can pitch ideas and connect with prospective venture capitalists. Or so they say. I wouldn’t know for certain. I haven’t been invited. #NotPartOfTheClub.

The Next Big Recruiting and Workforce Management Trend?

Sure, it sounds like Clubhouse has merely reinvented the phone call—or perhaps even an expanded version of the bygone party line. Yet this is what our younger generations crave: a return to genuine interactions, meaningful dialog, connectivity, interpersonal relationships, and an honest environment free from harassment or bullying. It’s traditional but also modern.

For the workforce solutions industry, invitation-only social media could blossom into the next frontier of recruiting. I mean, if you really want to build a thriving talent community, one where engagement and sincerity prevail, starting a company group on Discord or Clubhouse could be a tremendous opportunity. I can’t get you an invite, sorry. More topically, however, their models represent the types of business cultures we should emulate as hybrid work from home scenarios cement themselves into our new normal.

In many ways, the concepts driving Discord and Clubhouse reflect the best practices for overcoming #AloneAtWork. Consider the insights of Constance Noonan Hadley in her Harvard Business Review piece:

“Psychological safety is the perception that a given environment is conducive to interpersonal risk-taking. Research in this area, led by the Harvard Business School professor Amy Edmondson, has historically focused on learning-oriented behaviors like asking questions, raising concerns, admitting mistakes, and offering ideas. Employees are unlikely to speak up in these ways unless they receive strong signals from leaders and teammates that they’ll receive positive reinforcement for doing so. They’re also unlikely to reach out to colleagues to connect interpersonally without a similar safety net.”

Let’s face it. The pandemic was a wakeup call. A call we must answer. Maybe on Clubhouse. Sometimes, as Eliot opined, we must look to the past in order to forge a brighter future. The old rules have meaning, but they don’t necessarily apply without some revision. “Only those who will risk going too far can possibly find out how far one can go,” Eliot wrote. He also said, “If you haven't the strength to impose your own terms upon life, you must accept the terms it offers you.”

Our workers are imposing their own terms on life. They’re seeing how far they can go. They are no longer settling for isolation, unhappiness, relationships that lack substance, or work bereft of passion. If we want the enriching cultures we sell, or even believe we’ve nurtured, we have to rewrite the story of management. We must lead through support, not demand. We must inspire unity, integrity, interest, curiosity, advocacy, honesty, equity, belonging, and inclusion. Not fear or artifice. And the needs of our talent must influence our leadership approach. They must be the lodestar by which we set this new course. Otherwise, we may wake to find our paradise a wasteland.

Photo by Nick Fewings on Unsplash 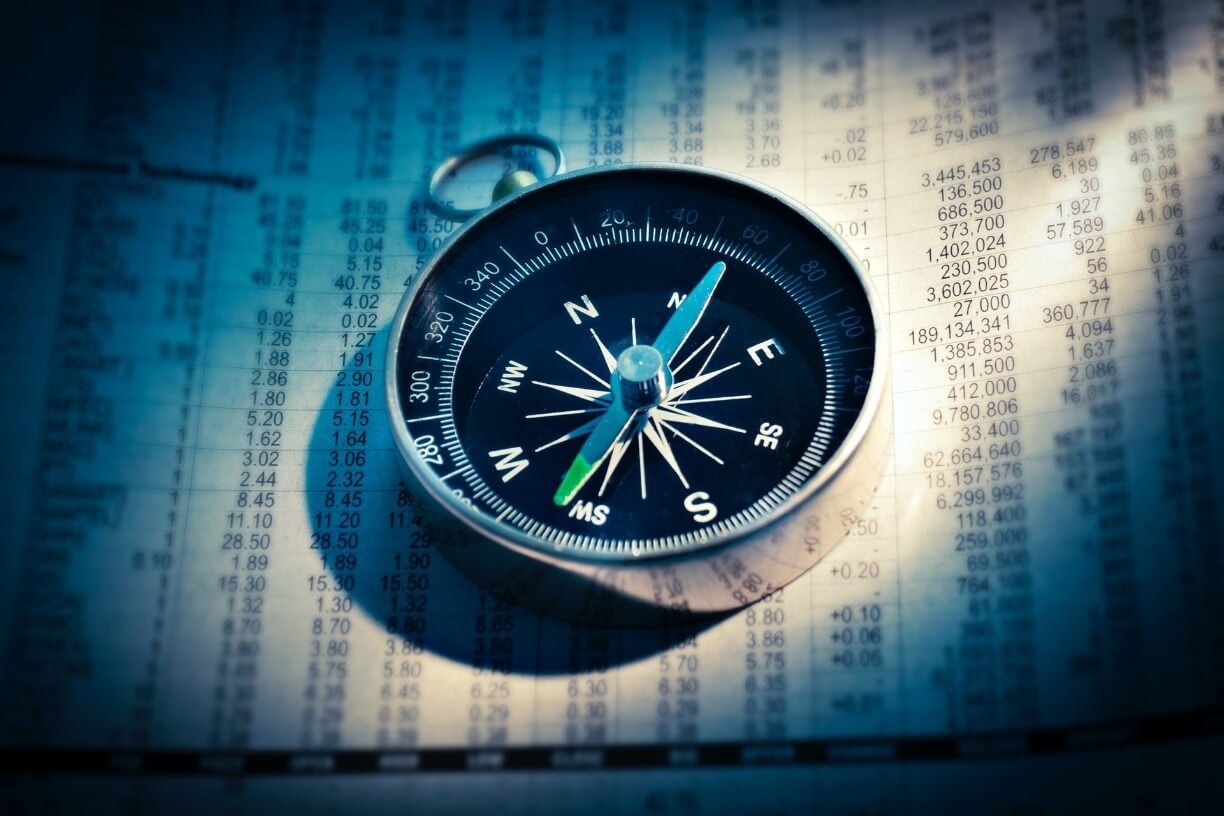 As HR and Business Processes Change, MSPs are Evolving into Strategic Advisors

As HR and Business Processes Change, MSPs are Evolving into Strategic Advisors 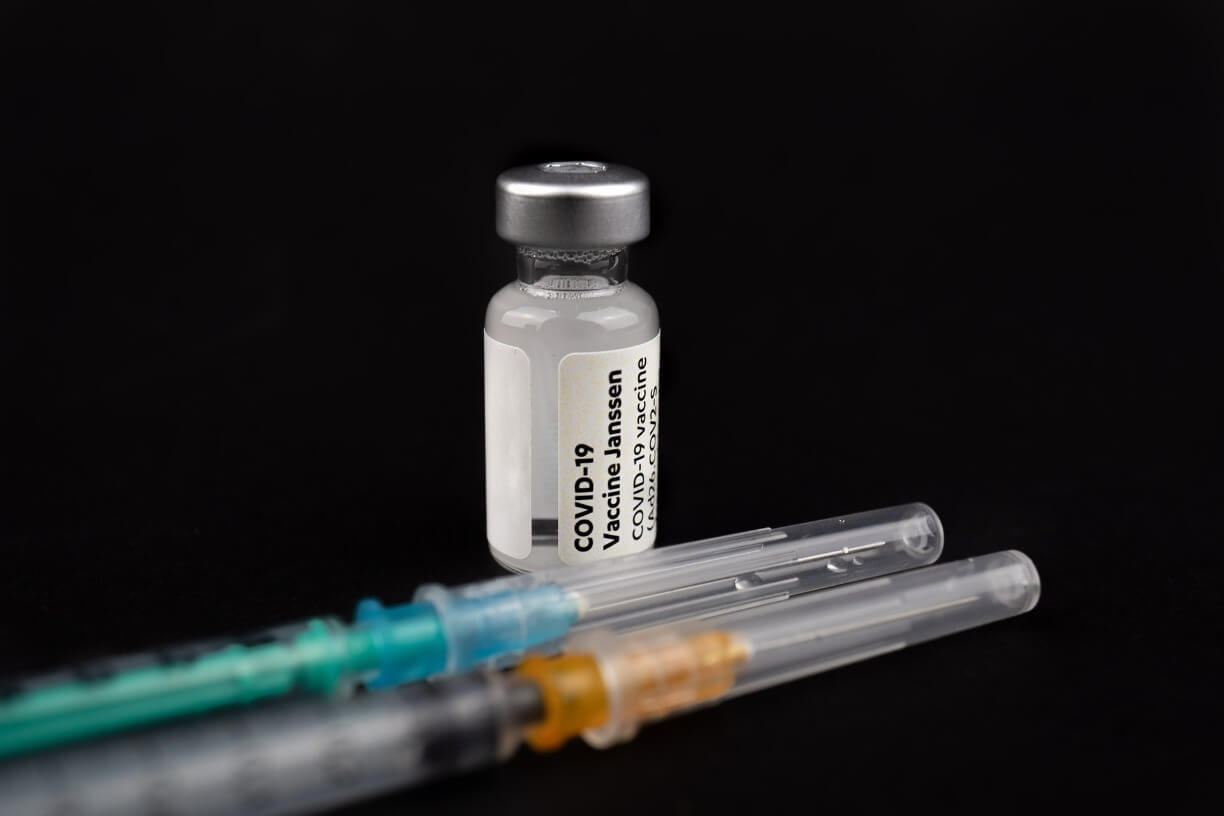 Vaccination Discrimination? Possibly. What HR and Business Leaders Should Know

Vaccination Discrimination? Possibly. What HR and Business Leaders Should Know 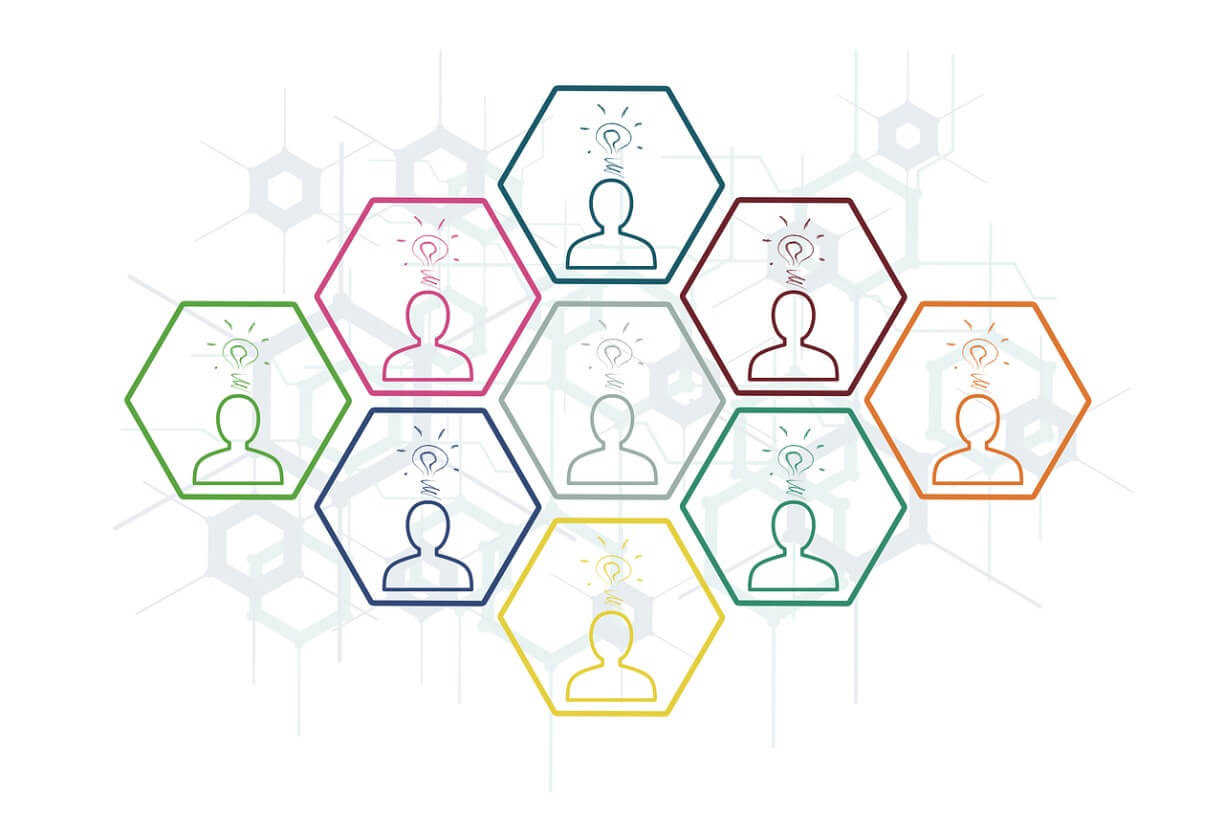