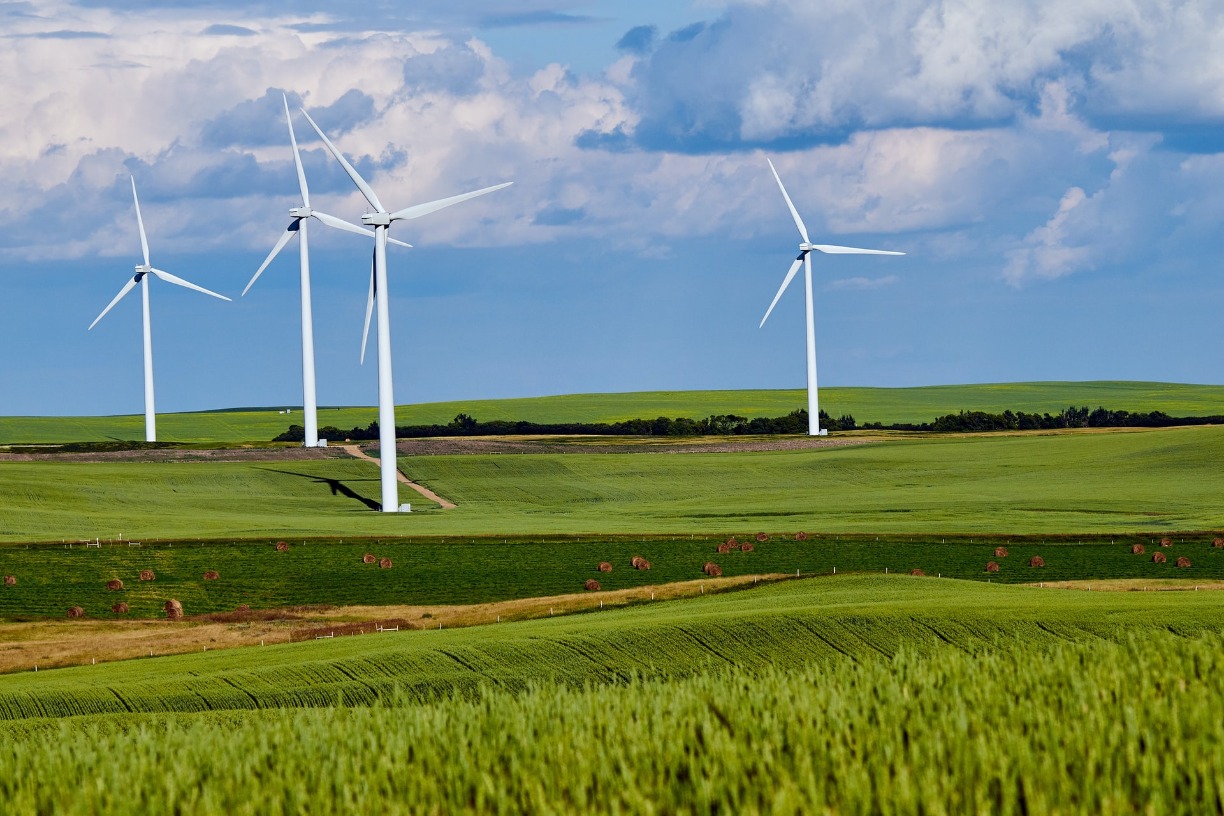 After his first 100 days in office, President Joe Biden delivered a comprehensive address to Congress and the nation on April 28, 2021, which laid out his administration’s ambitious plans for a “once in a generation” investment to bolster diversity, reinvigorate the American jobs market, tackle long-standing infrastructure deficiencies, and focus on environmental sustainability. The speech included a flurry of executive orders that, despite their scope and variety, seemed aligned to the goal of strengthening the economy. Climate change and green energy are no exception. Although the prevailing argument for or against alternative energy always boils down to jobs, the research suggests that tremendous opportunities await those willing to embrace the alternative energy market. The tougher question is how to attract and retain fresh talent in an industry that lacks the perceived glamour of Big Tech. With the government focusing heavily on energy, the market could emerge as the next sexy thing.

Fossil Fuels May Be Going the Way of the Dinosaurs

In June 2017, former President Donald Trump announced his intent to withdraw the United States from the Paris Accord, a 2015 worldwide agreement to combat the detrimental effects of climate change. A number of legislators in Washington generally viewed green energy as a constraint to economic expansion. Yet, employment projections and financial growth figures have painted a different portrait. Coal and oil are not likely to spark the hiring bonanza of tomorrow. After all, they’re finite resources, which implies finite job opportunities. But there’s a powerful economic case to be made for going green. Preserving the planet’s future may play an integral role in the future of business and talent acquisition.

The Trump administration insisted that energy independence for fossil fuel industries, particularly coal, was core to saving and creating jobs. Repealing policies that limit pollution, the argument went, presented a more realistic employment solution than concentrating on the growth of renewables. But this stance failed to accurately reflect labor and economic trends.

In March 2017, the New York Times interviewed Robert W. Godby, a leading energy economist at the University of Wyoming. “The new order would mean that older coal plants that had been marked for closing would probably stay open for a few years longer, extending the demand for coal,” the Times noted, citing Godby. But he also cautioned that job creation would still suffer because the industry relies heavily on machines to automate processes.

“So even if we saw an increase in coal production, we could see a decrease in coal jobs,” he added. But would this decrease represent a significant dent on employment? And would it be related to the previous administration’s regulations? Again, the numbers don’t justify the claims, as the Times explained:

Coal mining jobs in the United States do not represent a significant portion of the American economy. Coal companies employed about 65,971 miners in 2015, down from 87,755 in 2008, according to Energy Department statistics.

Economists also clarified that the drop in coal mining jobs was not driven by the Clean Power Plan enacted during the Obama administration, which was essentially repealed by Trump. Rather, they blamed two key forces: an increase in production of natural gas, which is a cheaper and cleaner-burning alternative to coal, and an increase in automation, which allowed coal companies to produce more fuel with fewer employees. The rollback of Mr. Obama’s regulations didn’t change either of those forces, economists said.

On the same day he was sworn into office, President Biden made good on his promise to restore U.S. participation in the Paris Accord by signing the nation back up to the climate agreement, which aims to limit global warming to 1.5°C. The United States is currently the second biggest polluter after China, so this recommitment signals an ambition to get America’s emissions under control and reduce its contribution to climate change.

Biden has offered more than words and renewed membership in the global community’s efforts to enforce sustainability. His plans for the economy include a host of investments in energy, which will also pave the path for new employment opportunities, as Molly Christian and Jasmin Melvin detailed for S&P Global:

Among other things, Biden's infrastructure plan proposed $100 billion to "reenergize" the country's electric grid, including through upgrades and expansions to the transmission system, and endorsed the formation of a national clean electricity standard, or CES. The plan also sought 10-year extensions to production and investment tax credits for clean energy resources and called for $174 billion to boost the deployment of electric vehicles and related charging infrastructure.

Even before Biden's infrastructure pitch, Christian and Melvin noted, Democrats had already introduced sweeping climate and infrastructure bills. “Many of those bills mirror major components of the American Jobs Plan and could be incorporated into comprehensive infrastructure legislation,” they explained.

PV Magazine, a publication that focuses on photovoltaic markets and tech, reported that the U.S. solar industry hit record employment highs in 2020 as production soared across the Southeast. “The solar industry, which represents 2.6% of overall U.S. electricity generation, already employs twice as many workers as the U.S. coal industry,” wrote Jean Haggerty, author of the article.

As any new industry takes hold in well-established economies, questions inevitably arise about employment in markets that are experiencing declines as a result. But solutions to these challenges are seldom black and white. Yet this is often the argument against focusing on green energy. What happens to the workers involved in coal and oil? The answer is that many of their skills are transferable.

Adriaan Kamp runs a Dutch consultancy that advises national governments on transitioning to clean energy. Kamp spent 17 years as an oilman for Shell. Yet he recognized that for the energy sector to reach carbon neutrality by 2070, hundreds of thousands of workers would need to embrace the new archetypes of renewables and sustainable technologies.

He discovered that transitioning talent from fossil fuels to renewables was a relatively simple process, which he summarized in an interview with U.K. paper The Guardian:

In terms of skills, transitioning from old to new energy sectors should be comparatively straightforward. There’s “no magic” to renewable technologies, said Kamp. “Managing a wind farm or solar project is nothing a good oil and gas man who has built or organised facilities cannot manage.”

Yet despite a wealth of opportunities, consumer adoption, and transferable skills, recruiting for the industry has remained a struggle.

Citing the Solar Foundation’s census, Haggerty explained: “According to the job census, the hiring difficulties that solar companies reported a year ago are still a challenge. Last year, about 26% of all solar companies and 33% of solar installers said that it was difficult to find qualified candidates, the census said.”

In her piece for HR Technologist, Colleen Campbell also noted that “attracting and retaining utility talent poses a threat to the industry, but it also has created the opportunity for progressive utilities to reimagine how they attract talent.”

“According to our 2019 study,” she added, “only 6% of leaders believe their utility adequately recruits younger technical talent and nearly half (48%) believe their recruiting may not be enough to meet future needs. However, 80% of younger non-utility workers view utility careers positively and nearly 70% of non-utility workers would consider working for a utility. Closing this gap requires coordinated marketing, cultural, and educational focus.”

The challenge for utilities is familiar and two-fold: the retirement of Boomers at an accelerating clip (around 10,000 a day) and the cultural change needed to embrace digital skills as infrastructures modernize.

The need for newer talent with digital skills is heightened by the outdated technology and aging infrastructure slowing down the industry, especially in the face of climate-related disasters. Modernizing the country’s utilities infrastructure requires a robust workforce with strong technical know-how. Utilities need access to digitally savvy talent now more than ever. As emerging technologies such as battery energy storage, electric vehicles, and the Internet of Things (IoT) transform the industry, more technical skills are required across nearly every utility role.

In Campbell’s study, the majority of utility operators placed customer service at the top of their 2020 priorities list. But workers indicated that emphasizing the employee experience would do wonders in attracting and retaining the talent needed to drive innovation. Whether you’re in charge of an internal hiring organization or a staffing supplier providing workers to utility projects, there are a few key ways to achieve talent acquisition success.

Renewing the Commitment to Employees in Renewables

Utilities have dedicated themselves to implementing state-of-the-art power and delivery systems, but their workplace technologies haven’t necessarily seen the same level of devotion. As Campbell noted, today’s talent expect tools for collaboration, multichannel communications, analytics, development, and those that can support remote work. Because of the pandemic, some of these tools became more prevalent and more widely implemented as urgent responses to a pressing matter. However, in some cases the solutions served as stop-gap measures. Further investing in platforms that accommodate these needs will enhance efficiency, performance, and job satisfaction.

As new technologies infuse the industry, new skills are required to master them. Digital grids, robotics process automation (RPA), big data, and artificial intelligence (AI) are fast becoming components of alternative and traditional energy systems, moving some workers from manual duties to thinking roles. “This requires more than training,” Campbell explained. “It is shifting the organization to better align with strategy, helping employees embrace a new mindset, and educating employees on their changing roles and responsibilities.”

When upskilling becomes a priority, it facilitates retention, agility in the workforce, and aligns with the desires of younger talent to engage in new areas of innovation.

As we’ve seen time and again, millennial talent place a high priority on work that benefits society and sustainability. This is precisely the message that alternative energy providers can promote. Employer branding and targeted messaging in recruitment efforts can go far in appealing to the mindset of skilled workers who long to associate themselves with cutting-edge companies that are making a difference in the world.

“Bring younger employees to recruiting efforts that can speak to these changes,” Campbell recommended. “Additionally, innovative strategies such as university partnerships on campus energy projects allow companies to engage the communities they serve and form early relationships with potential future candidates and support values alignment.”

Also remember to highlight the tremendous benefits that make the industry a boon for employment.

For staffing professionals, green industries could easily become the next frontiers in a prosperous and emerging market—especially as the federal government will be providing new sources of investment and a renewed commitment to renewables.

To learn more about President Biden’s plans, you can watch the speech at CNBC or read the transcript courtesy of the White House.

Photo by Abby Anaday on Unsplash 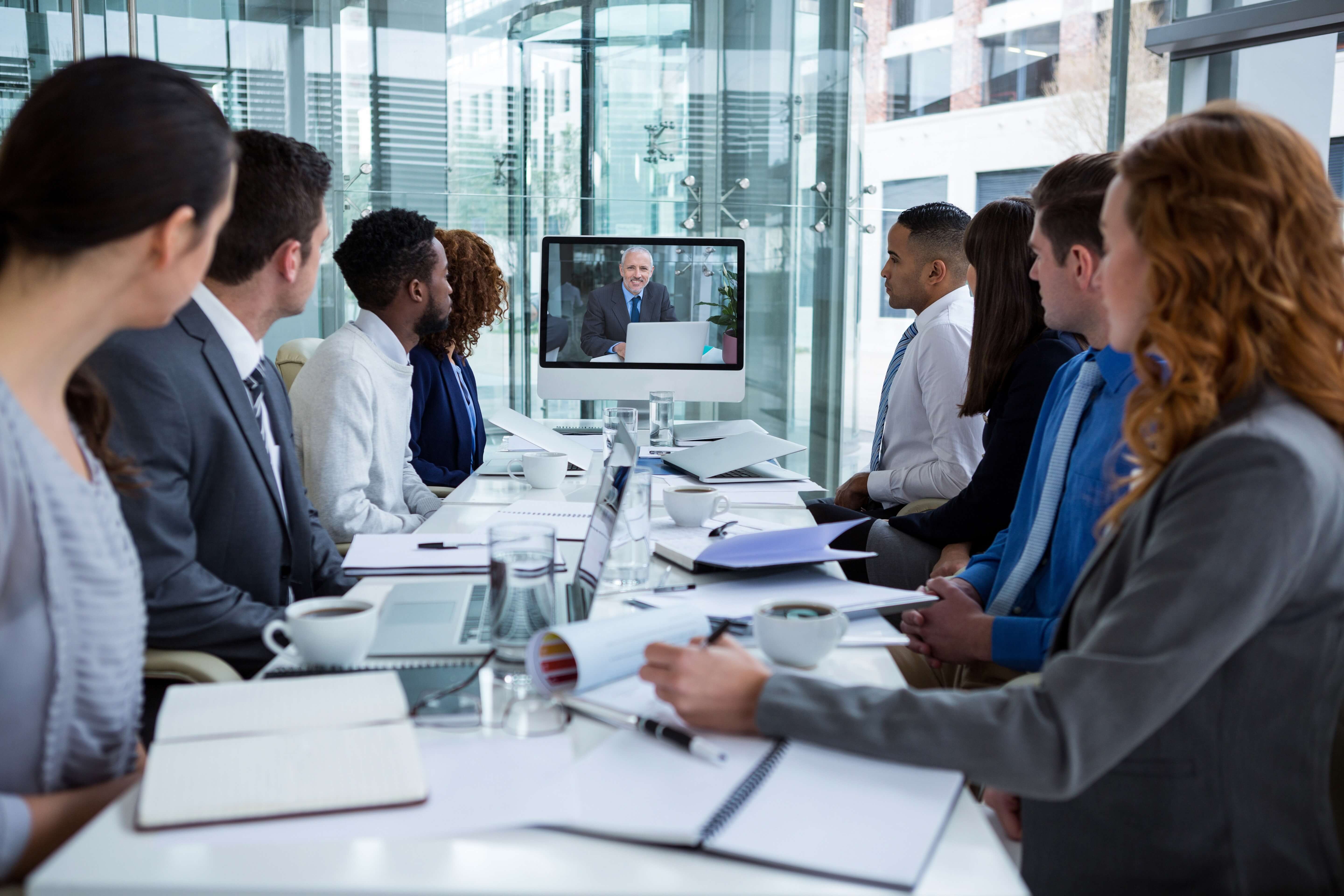 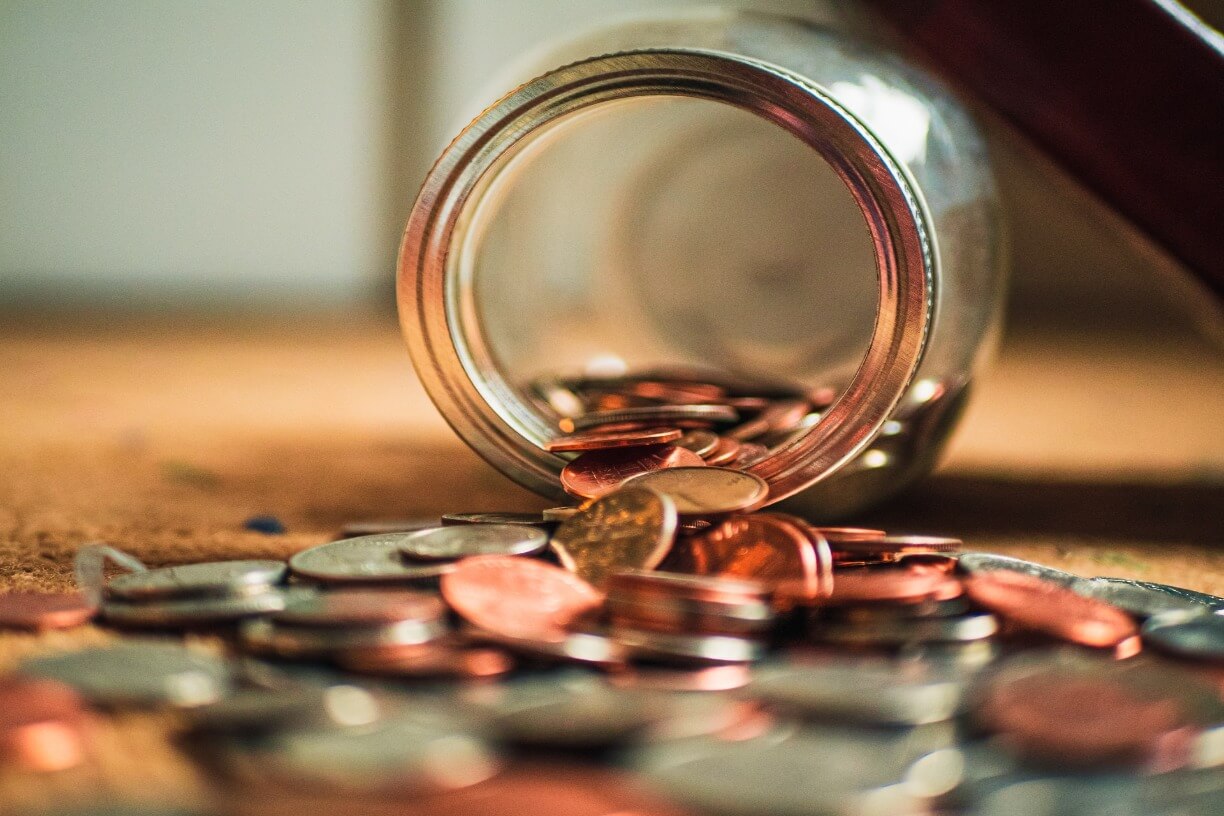 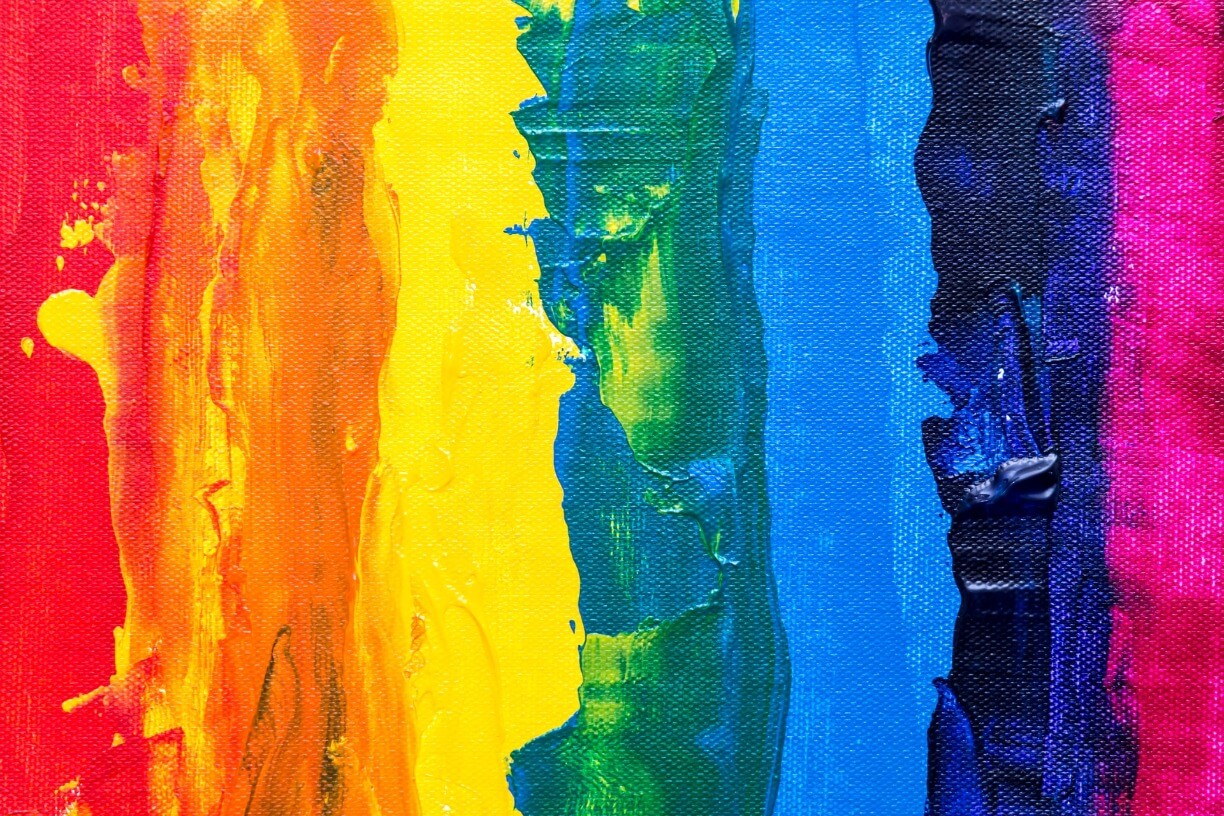