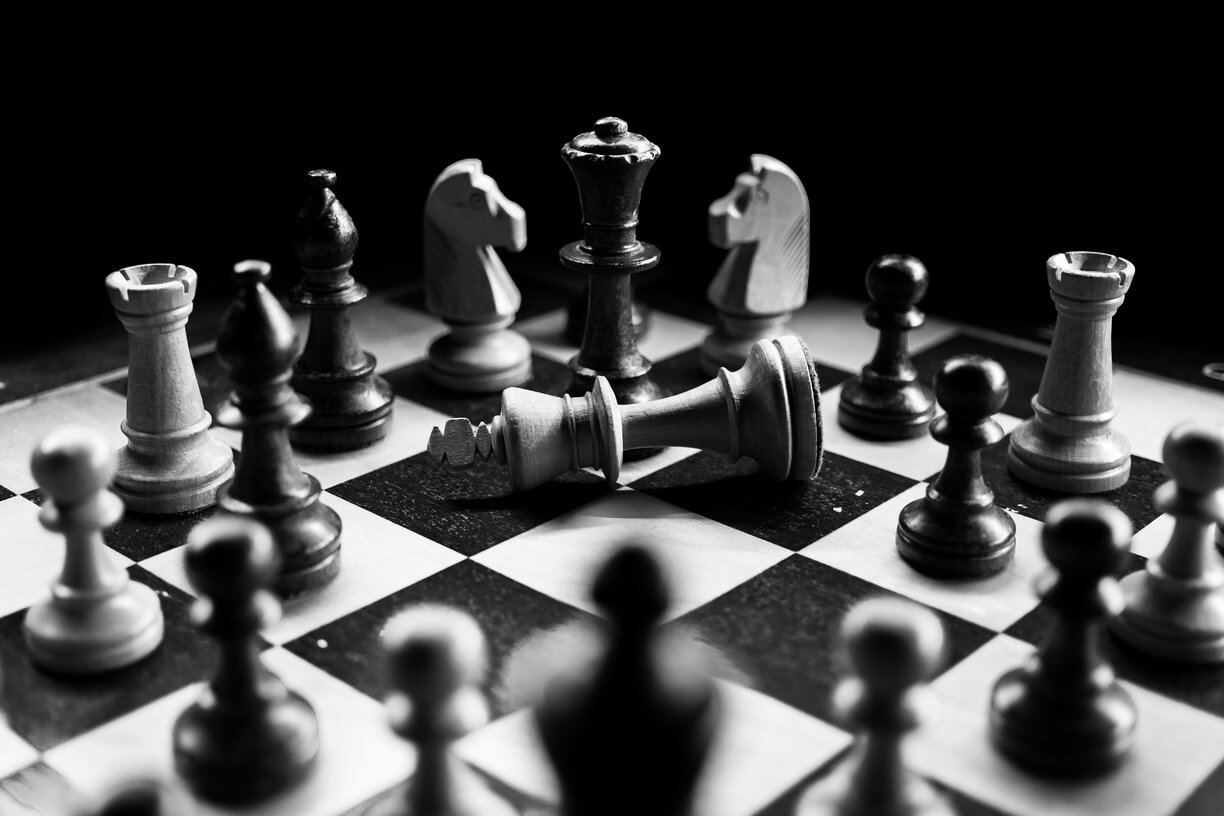 On February 3, Google’s parent company, Alphabet, published at long last the erstwhile mysterious revenues generated by YouTube. Even without the figures from the world’s most preeminent video platform, Google still managed to post astonishing profits. But now, given the combined financial reports, the Internet juggernaut has soared past $161 billion. As Daisuke Wakabayashi and Matt Phillips pointed out in their article for the New York Times, “it was a stark reminder of the widening gap between tech’s wealthiest outfits and the rest of the industry.” In the early 2000s, the concept of “too big to fail” seemingly applied to banks and other financial institutions exclusively. Today, however, the tech industry appears poised to assume that mantle. These risks don’t really exist solely in any one market, though. The NYT expose should be viewed more universally, with the theme of a “gap between the haves and have-nots widening” as a warning to every industry—including staffing.

Too Big and Getting Bigger?

“Despite regulatory scrutiny and pressure from lawmakers, the industry’s wealthiest are continuing to grow at remarkable speeds for big companies,” Wakabayashi and Phillips wrote. “In the last two weeks, Microsoft, Apple and Amazon — like Alphabet, all flirting with a $1 trillion stock value on Wall Street — posted record results. The final member of tech’s Big Five, Facebook, which is a little more than halfway to a $1 trillion valuation, also reported strong earnings.”

As every fiscal quarter passes, the largest players in the tech space continue to amass more money and, more importantly, more power. These heightened levels of clout and the influence they can exert have made it more difficult for smaller companies to compete. In a country that sells the “American dream” and rushes to champion entrepreneurship, it stands to reason that legislators and regulators want to curb the growth spurts of a select few giant tech firms: the stranglehold they’ve built severely limits the potential for smaller startups to follow in their footsteps and develop the next Google or Facebook. In short, it stifles innovation for all.

Amazon and Microsoft are profiting from the shift to cloud computing. Apple continues to own the premium market for apps, smartphones and wearable devices, while Google and Facebook are maintaining their grip on digital advertising.

This gravitational pull toward a handful of companies could have far-reaching implications for the global economy. Few tech outfits can afford to make the investments necessary to keep pace with the giants. The rest? They often have to pay up for access to the giants’ many, many customers and technology.

When “Healthy Competition” Occurs Only in a Small Pond

Antitrust laws were intended to prevent a “too big to fail” scenario, which, as we know firsthand, has dire ramifications across global markets. Nobody, I’m fairly certain, needs to be reminded of the Great Recession’s catalysts and cataclysms. The outfits at the top of the food chain claim that competition persists. And it does, just not among them. To follow through on the ecosystem analogy, enterprises like Google and Amazon are essentially apex predators—there are no hunters in their waters who pose a significant threat. Meanwhile, the smaller fish near the shallows are engaged in a lot of competition with each other, essentially for the scraps left behind. When their meager food sources vanish, so do they.

For consumers, choices become scant. Not just in the providers they can use but in the very nature of the services they receive. As we wrote toward the end of January, for instance, the algorithms in Google’s search engine curate the results that people see. The data returned isn’t egalitarian and delivered without discrimination. It’s curated. So users aren’t receiving an honest, unbiased, and transparent rendering of their options.

As John Finn explained in his piece for Screen Rant, most people don’t understand search engines: “To really highlight the problem, a recent survey found only 37% of people had a clear understanding of how Google Search works. In addition, 54% said they placed more trust in the website ranked first in the results than the others.” The problem is that the results may have been purchased or engineered.

While many assume the top result to be the best result, that’s not always the case. It might not even be the case most of the time as the very top result is typically an ad. That’s a link that someone has paid to be placed at the top for specific keyword or phase searches. Although these links are labelled as “ads,” Google has increasingly made it more difficult for consumers to tell the difference between a paid and organic result over the years. This lack of clear ad distinction makes it easy for advertisers to manipulate users into thinking their link is the best link.

This results in smaller businesses falling back on “long-tail” keywords and phrases. Compared to a “best watch” search, a long-tail search might be “best watches for smaller wrists.” As this is a more specifically targeted search phrase, it's less likely to be searched for and clicked on. Further adding to the problem, once a big brand or site ranks high for one search phrase, it is usually easier for them to rank high for similar searches, including long-tail. Therefore, not only are smaller businesses forced to rely on less-used phrases, but they are unlikely to rank for them anyway.

The Haves and Have-Nots in Staffing

Now we come to the staffing industry. It obviously doesn’t garner the same public scrutiny as the leaders in the tech sector, but similar challenges have taken root here, too. According to the American Staffing Association (ASA), there are roughly 20,000 agencies in the United States alone. And based on research from Staffing Industry Analysts (SIA), 100 companies capture close half (46%) of all staffing revenues worldwide. These organizations make up about 0.5% of the U.S. staffing and recruiting landscape, but they’re responsible for handling nearly half of the business across the globe. Makes you think.

In staffing, many well-established agencies continue to embrace the mindset of attempting to staff every labor category in scope, hoping to capture the bulk of their clients’ requisitions. In some ways, the approach echoes the axiom of “let’s throw everything at the wall and see what sticks.” They may be less willing to take risks or pursue unconventional paths toward innovation. This can result in a lack of focus and dilution of service. Whatever their core competency was—let’s say financial analysts—they may shift their attention to other roles, like QA testers, to seize more business, even when recruiting for those positions falls outside their primary skills or candidate pools.

Or, echoing the issues with big tech companies, the candidates they curate and offer up may not truly represent the entirety of the available talent pool. So are MSPs and buyers of contingent labor actually receiving the results for which they’d hoped?

Integrating smaller and perhaps less familiar firms into a program can help MSPs establish a more diverse supplier community. MSPs may discover that, when pitted against niche providers, some of their incumbent suppliers fall short in locating talent for hard-to-fill categories, challenging regions, or at the client’s preferred markups. Boutique agencies and those just entering the space will be striving to lay down roots in the industry. They could be more likely to offer:

In an editorial response to Staffing Industry Analysts’ report on how suppliers can gain access to MSP programs, Matt Fringeli of Allegis Global Solutions (AGS) presented a crucial perspective that underscores the relevance and vital contributions of smaller suppliers:

In the past, many small to midsize companies feared they would be removed when an MSP was implemented at a client because they couldn’t support at the same level as a larger staffing organization. That’s not the case when we begin an MSP engagement. We don’t block out small to midsize suppliers. We create targeted distribution lists within our supply chain using analytics which, in many cases, enables smaller companies with a smaller footprint to have equal (if not better) opportunity to fill requirements.

Our Dynamic Sourcing Model (DSM), built using our proprietary business intelligence platform ACUMEN, enables us to provide data-driven recommendations that help us align the right suppliers to our clients. We can see where these small to midsize companies can be most effective to provide talent to hiring managers in specific geographies, labor categories or niche pockets.

There is, however, another powerful dynamic at play here, harkening back to the observations of Drucker. As specialist firms gain more exposure to MSP programs, they gravitate toward the optimal state of becoming (to paraphrase Drucker) the “purest of specialists” in their own work, while evolving into “true generalists” in their knowledge, vision, and in the way that they hold themselves responsible for the performance and results of the entire organization. This foundation of continuous development ultimately benefits the staffing suppliers, the MSPs they’ve engaged with, and the client programs they support together.

Standing Out from the Crowd

Getting the attention of an MSP hasn’t always been a simple task. You have to stand out, and not necessarily in comparison to an ideal or scores of competitors, but in a way that shows mutual alignment, shared traits, uniqueness, and value in pursuing the interaction. But MSPs can overcome the situation plaguing the tech industry by concentrating on the larger ocean of talent and talent providers—not just the biggest fish in the smallest pond.

As SIA explained in the report we cited earlier: “Many staffing suppliers, especially small and medium sized ones, think that their chances of supplying an organization are over once the organization decides to introduce an MSP and/or VMS solution into their Contingent Workforce (CW) program. The reason for their skepticism is because they believe the aim of such a MSP or VMS program will only be interested in minimizing the number of suppliers, at the lowest possible price, and this is assumed to be only feasible for larger staffing suppliers. But is that really true?”

Turns out, the answer may be “no, it’s not true.” SIA’s research indicated that there are “huge opportunities for small and medium sized staffing suppliers, especially those who are specialized in a certain industry niche. Compared to unmanaged CW sourcing, MSP/VMS engagements provide often better opportunities to add specialized suppliers without losing management oversight or affecting efficiency and the benefits of supplier consolidation.”

To ensure the prosperity and longevity of client programs, the staffing industry must attempt to avoid the potential pitfalls that we’ve already encountered in the financial and tech spaces. As Wakabayashi and Phillips cautioned:

The picture is darker the further down tech’s food chain you go. A growing number of start-ups are cutting jobs to get their expenses under control. And older tech companies, still profitable but slowly losing influence, are struggling to adapt to the changing landscape.

As the rich get richer, they are also branching out. They are muscling aside or buying out rivals. And they are locking in the industry’s best engineers with paydays smaller companies could never match.

What’s happening in staffing, albeit slower and more subtly, begins to mirror this dark path that Wakabayashi and Phillips highlighted in their article. Ultimately, the ones who suffer are the clients, their customers, and our workforce. MSPs have tremendous influence and they are perfectly positioned to make an incredible difference.

Image by Steve Buissinne from Pixabay