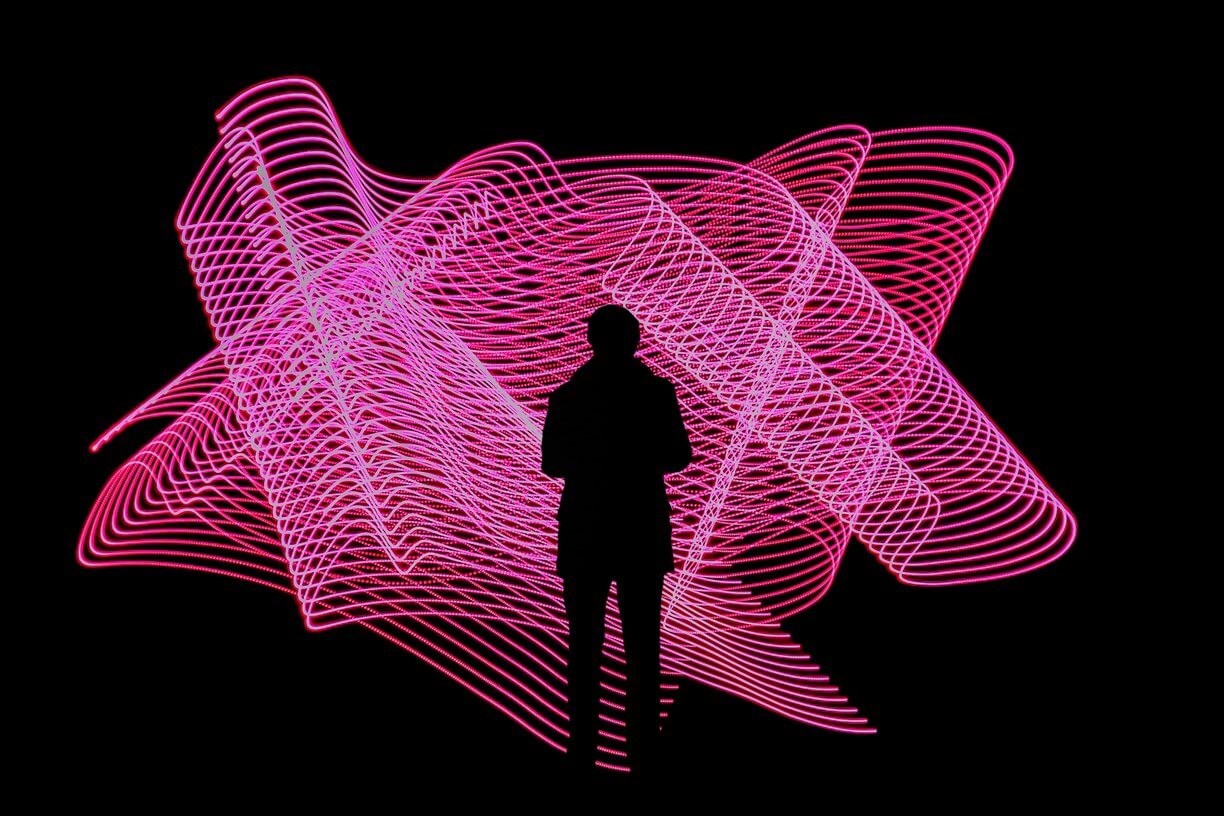 As the workforce continues to evolve, due in large part to the advent of digital capitalism and the acceleration of the sharing economy, the familiar leadership structures of the past must inevitably change to keep pace with an on-demand world. Today, no business can exist in stasis. There are countless moving parts, departments, and stakeholders—all with increasingly individual objectives and strategic visions for the organization. Progressive leaders long to capitalize on the liberating creativity of working groups to deliver innovations unimpeded—but without sacrificing cohesion amid the risk of segmentation. So where a savvy mind like Zappos’ Tony Hsieh formerly embraced the concept of holacracy, he’s now proposing something new: an internal marketplace model composed of networked teams. It’s imperative to our ongoing success that we hire and manage talent differently. The question is how? The answer could very well spring from the management approaches championed by MSPs.

Holacracy, Hierarchy or a Hot Mess?

The complexity of today’s technology and business practices deeply impacts the workforce, particularly as it grows more blended and nuanced. Rigid structures can no longer accommodate the elaborate interactions that need to occur between growing numbers of technologies, stakeholders and talent categories in a given enterprise. Not surprisingly, a lot of industry discussions have moved beyond strategies for engaging and recruiting top talent; much of the brainstorming taking place deals with how to tackle the issue of managing this unique population of flexible professionals.

When seismic shifts occur, many people unwittingly run to the extremes of the spectrum. Some leaders believe an unfettered holacracy is the solution. Then there are those who view the idea as anarchy, and instead favor tighter controls. For MSPs, the issue is more complicated. They can’t let workers manage themselves and they can’t rule with an ironclad grip. And they don’t. MSPs have historically produced optimal results by striking a delicate balance as they walk this tightrope.

The most visible example of a working holacracy is Zappos. In 2013, Tony Hsieh began developing a model that was half traditional management and half holacracy. Two years later, he famously told his 1,500 employees that management positions would disappear entirely. He called on his workers to embrace this self-directed style or resign. And close to 20% of the Zappos workforce did exit. Despite the shakeup, operating profits rose 78%. Does holacracy work? Well, based on Hsieh’s experiment, it certainly encountered its share of drama.

As CNBC reported in 2016, for example, Zappos fell off Fortune’s 100 Best Companies to Work For list for the first time in eight years. Another issue came from the machine-based nature of holacracy itself, which, having been developed by software engineer Brian Robertson, sought to push human workers to run more like a computer operating system. The holacracy doctrine attempted to reduce or compartmentalize the ways that human emotions affect productivity. But people aren’t machines, so more complications manifested, as described by Aimee Groth in Quartz:

As Zappos onboarded its employees to the system over the past four years, one of the biggest complaints, far and away, was around the rigid meeting format, which provides the guardrails for the system. Tactical meetings, as described by the Holacracy Constitution, tightly govern how and when employees can speak up. The meetings, which typically are held once a week, open with a check-in round and then dive into checklists and metrics. The Constitution is clear that there is “no discussion” during the check-in and closing rounds. In other words, there is no natural, back-and-forth conversation that begets camaraderie, respect, trust, and connection. No small talk.

Zappos further ran into problems with the way employees perceived and responded to the implementation of holacracy. Of the 18% of people who resigned during that period of time, roughly between 2014 and 2016, one third of them cited holacracy itself as the cause. Consider this excerpt from Harvard Business Review’s exposé “Beyond the Holacracy Hype,” authored by Ethan Bernstein, John Bunch, Niko Canner, and Michael Lee:

In exit interviews and surveys, the 6% shared their concerns. They talked about attending trainings to learn “shiny buzzwords” but seeing little difference in the way work was done; facing “ambiguity and lack of clarity around progression, compensation, and responsibilities”; getting “no definitive answers” to what they felt were basic organizational questions; and concluding that holacracy was a “half-baked” idea. Although many of their colleagues liked the system for a variety of reasons—they thought it shaped roles to “make the most of my talents,” for instance, and allowed “each person to influence the governance of the organization”—a number of those who left hadn’t experienced it that way.

Heading Away from Holacracy

Four years after her coverage of the Zappos holacracy experiment, Quartz’s Aimee Groth revealed that Tony Hsieh, the most recognizable face of holacracy, had decided to move away from the unconventional model:

But in the last few years, Zappos has been quietly moving away from holacracy. It has done away with its at-times rigidly (and ironically) bureaucratic meetings and brought back managers, while retaining its circular hierarchy, a key artifact of holacracy.

Zappos executive John Bunch, who co-led the rollout of holacracy, has explained that the company, famous for its exceptional customer service, encountered some “big challenges” in its business metrics and sought to redirect employees’ focus back to the customer (an oft-cited criticism of holacracy is that it is too internally focused). By March 2017, the e-retailer had shifted its strategy to remedy this.

Stepping in to take the place of holacracy, explained Cameron Albert-Deitch at Inc., is an intriguing but ambiguous “market-based system, wherein teams operate like independent small businesses--even managing their own individual profit-and-loss statements.” According to the sources at Quartz, the new management structure may look something like this.

While this new approach appears to be just as much a breeding ground for chaos and controversy, it definitely grasps the value of leaving behind pyramidal hierarchies, top-down command and control methodologies, and rigid structures that stifle innovation. For the staffing industry, this is an opportunity that MSPs and suppliers can seize to help construct agile and elastic, yet integrated, networks of talent within a program.

The impermanence and unfamiliarity of the growing contingent workforce is stirring a certain sense of insecurity with some organizational leaders. A perceived loss of control drives them to crack down more than they normally would, which leads to micromanagement. And how is this leadership style fairing? Not well, according to Gallup Poll results. In its latest study on employee engagement, Gallup concluded that “most employees are not engaged -- only 15% worldwide and just 34% in the U.S.”

As Crystal Spaggins noted in TLNT magazine, there are two primary classes of micromanager, both equally detrimental. Micromanagers, she wrote, are those bosses who need to feel in control and obeyed. Then there are the meddlers, those managers who “need to be needed” and believe they hold all the answers to the mysteries of life, business, the universe and everything.

Regardless of their motivations, both types of control mongers can be problematic: “Both cause their employees to feel redundant, frustrated, and eventually, resentful. Many under their charge will tire of beating their heads against a wall and instead mentally check out before moving on.”

The Transition from Intermediary to Referee

The biggest asset of MSP/VMS solutions lies in program centralization and standardizing communications between multiple participants: hiring managers, HR, procurement officers, executive sponsors, staffing suppliers, and the workers themselves. As the primary point-of-contact between all the stakeholders, MSPs help consolidate and standardize the message spread throughout this network, which allows teams to operate independent of one another.

Not only are MSPs establishing unity in the flow of information, they are ensuring the alignment of all parties to the core mission.

A Balance of Hierarchy and Holacracy

Just as with an organic ecosystem, the hiring ecosystem requires symbiotic cooperation. Organisms delegate duties in order to ensure the proper functioning of the entire entity, and so do stakeholders in an enterprise contingent workforce program. When hiring managers make the wise decision to enlist an MSP, they are essentially delegating certain responsibilities intelligently.

Meanwhile, MSPs are helping to divide certain responsibilities to their staffing partners who, in turn, assign specific tasks to their talent teams. In the end, however, this type of systematic and well-defined delegation fosters transparency as well as independence. A project team mindset arises that empowers talent to exercise greater degrees of initiative, alignment with internal and external customer needs, and assume more personal accountability for their performance.

Ultimately, MSPs help build thriving micro-cultures within the macro-culture of the client’s organization. Every company has a culture, defined at the top for the business. However, different micro-cultures exist at the team level. Finance and customer service are distinct teams with unique drivers, skills and roles. They also have different cultures. To build a stellar team, MSPs collaborate with their staffing partners to hire individuals who mesh well with the ideals and culture of the groups they’ll serve.

Today’s workforce is a vibrant, colorful and multicultural wonder. With so much variety and potential, it seems unlikely that adopting a black-and-white management stance will produce the best results. In the end, too much freedom or too much oppression can’t ensure engagement or performance. In a blended workforce, the blended management style of an MSP could be the key to success, equilibrium, and innovation.