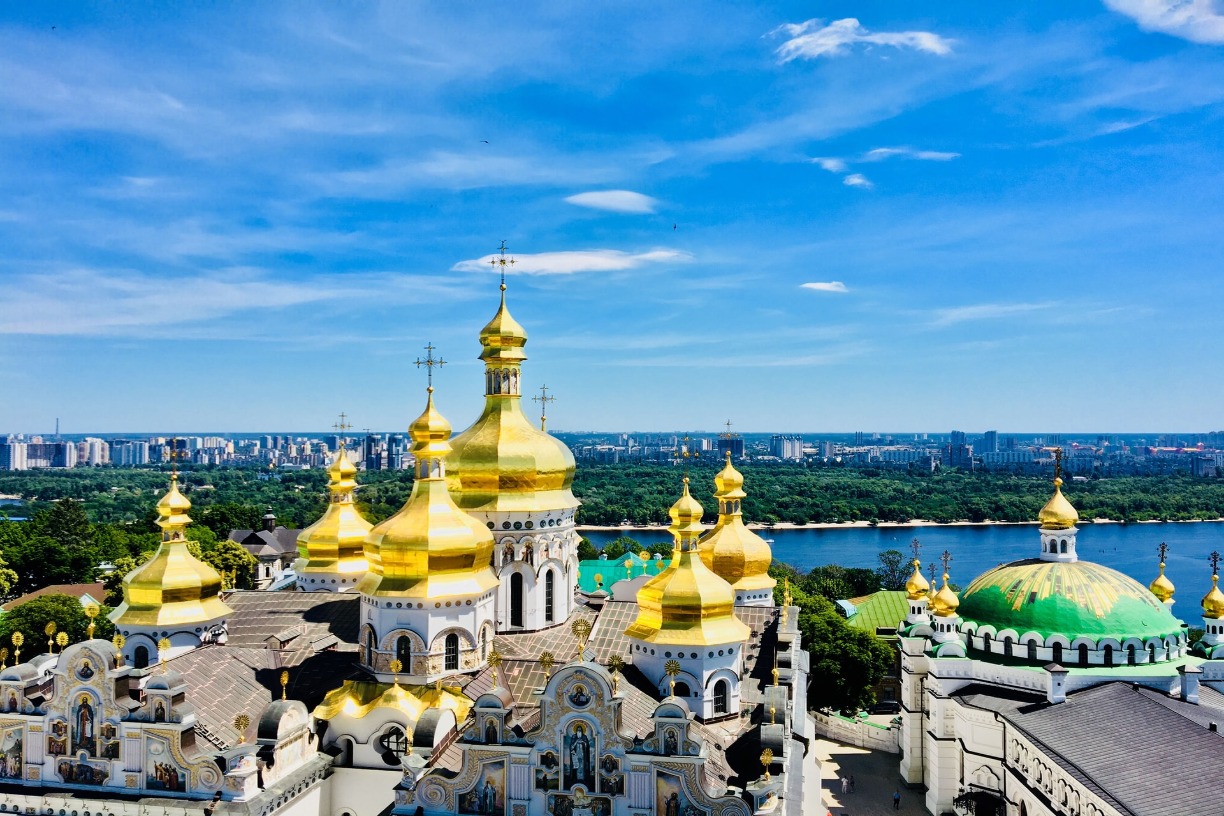 How the Crisis in Ukraine Could Affect Federal Contractors

Since his inauguration, President Biden has sought to reinvigorate, refine, and revamp federal procurement processes. He has steadily issued a slew of executive orders aimed at improving the government contracting space, including commitments to strengthening Buy American rules, securing a reliable supply of experienced and qualified workers for federal services contracts, introducing a $15-per-hour minimum wage, and, most recently, proposing an overhaul of federal construction projects that seeks to minimize inefficiencies while bolstering coordination. During that same time, however, the president has also had to contend with threats of an armed conflict ratcheting up between Russia and Ukraine. With international turmoil practically inevitable now, we must prepare for widespread economic disruption. To combat these pitfalls, U.S. federal contractors could be engaged to assist. Let's examine the obstacles and opportunities.

There’s no point in rehashing the political crisis taking place in Eastern Europe; we’re all familiar with the tensions brewing in the region. By mid-February Russia had amassed close to 150,000 troops around the borders of Ukraine. Most recently, as the Associated Press in Moscow reported, “Russian lawmakers on Tuesday authorized President Vladimir Putin to use military force outside the country — a move that could presage a broader attack on Ukraine after the U.S. said an invasion was already underway there.”

For the sake of this article, the simple reality is that harsh sanctions against Russia and a halt to Ukrainian exports could hobble global economies. After reeling from the pandemic—where supply chokeholds and spikes in prices have hamstrung markets and consumers—an armed clash on Europe’s borders could set the stage for another unpredictable course. The early promise of sanctions alone pushed down stock returns and drove up gas costs. But as Russian forces launched airstrikes and missiles on Thursday morning, the momentum increased around the world for detrimental impacts on food, energy, metals, and other commodities.

Russia is a major exporter of oil and natural gas, especially to Europe. Russia could choose to cut off or limit oil and gas exports to Europe as retaliation for sanctions.

“Europe gets nearly 40 percent of its natural gas and 25 percent of its oil from Russia, and is likely to be walloped with spikes in heating and gas bills, which are already soaring,” Patricia Cohen and Jack Ewing explained in their piece for the New York Times. “Natural gas reserves are at less than a third of capacity, with weeks of cold weather ahead, and European leaders have already accused Russia’s president, Vladimir V. Putin, of reducing supplies to gain a political edge.”

Food prices have climbed to their highest point in more than a decade. The pandemic played the biggest role in those hikes, according to a recent United Nations report. The conflict could worsen that situation. Russia is the world’s largest supplier of wheat, and together with Ukraine, accounts for nearly a quarter of total global exports. For some countries, the dependence is much greater. That flow of grain makes up more than 70 percent of Egypt and Turkey’s total wheat imports.

Reporting for CNBC, Weizhen Tan also noted that Ukraine produces wheat, barley and rye that much of Europe relies on, analysts said. It’s also a big producer of corn. The country is often referred to as the “breadbasket of Europe.”

Many nations in the Middle East and Africa also rely on Ukrainian wheat and corn. China is also a big recipient of Ukrainian corn, as well. In 2021. Ukraine replaced the United States as China’s top corn supplier. Disruptions to that supply could affect food security in those and other regions.

“Russia is a major exporter of rare-earth minerals and heavy metals — such as titanium used in airplanes,” wrote NPR’s Beck Sullivan. “Russia supplies about a third of the world's palladium, a rare metal used in catalytic converters, and its price has soared in recent weeks over fears of a conflict.

Russia also controls about 10% of global copper reserves, and is a major producer of nickel and platinum: all metals used in electric vehicle batteries, electronics, and home construction. The country supplies elements critical to the manufacturing of semiconductors, jet engines, medicine, and more. The U.S. chip industry also relies heavily on neon sourced from Ukraine.

U.S. federal contractors could see a slew of opportunities for contributing to the restoration of economic and civil strength. The following outlook is speculative, but entirely possible based on the nature of the outcomes we could see from the military actions in Ukraine.

Various federal agencies, including the Treasury and the Department of Homeland Security, have warned of possible cyberattacks on targets like big banks and power grid operators. Paul R. Kolbe, Maria Robson Morrow, and Lauren Zabierek analyzed the threats in their article for Harvard Business Review:

“Early cyber skirmishing has already begun, with Ukrainian government systems and banks attacked in the past week, and vigilant U.S. companies noting a dramatic increase in cyber probing. Rob Lee, CEO of the cybersecurity firm Dragos told us, ‘We have observed threat groups that have been attributed to the Russian government by U.S. government agencies performing reconnaissance against U.S. industrial infrastructure, including key electric and natural gas sites in recent months.’”

Intelligence teams at several major multinationals indicated that they are anticipating Russian cyberattacks and assessing the potential for second and third-order effects on their operations.

CNN’s Sean Lyngaas also pointed out that “Russian government-backed hackers have acquired sensitive information on the development and deployment of US weapons by breaching American defense contractors over the last two years, US security agencies said in a public advisory” on February 16.

Since November 2021, the U.S. government made a big push for elevated cybersecurity work. For federal contractors in the IT and computer security space, a flood of new contracts could be released through the various federal procurement vehicles to augment work on protecting sensitive information and systems. We expect to see growth in this area of contracting soon.

The United States is already speaking to energy firms about E.U. gas supply interruptions as a result of the Russia-Ukraine conflict. From Dmitry Zhdannikov, Ron Bousso, Simon Lewis and Timothy Gardner of Reuters: “The U.S. government has held talks with several international energy companies on contingency plans for supplying natural gas to Europe if conflict between Russia and Ukraine disrupts Russian supplies, two U.S. officials and two industry sources told Reuters on Friday.

“Any interruptions to Russia's gas supply to Europe would exacerbate an energy crisis caused by a shortage of the fuel,” they added. “Record power prices have driven up consumer energy bills as well as business costs and sparked protests in some countries.”

State Department officials have approached companies to determine where additional fuel supplies could come from if they were needed. For example, U.S. exports of liquefied natural gas (LNG) are set to soar this year, making it the world's top LNG supplier. Europe competes for LNG supplies from the United States and Qatar. Although it’s difficult to assess precisely how U.S. contractors could help, there is a likelihood that construction and shipping projects related to LNG could increase in the near-term. U.S. agencies have also asked energy companies if they could postpone field maintenance work if necessary. This too could present another opportunity for contractors to take over those tasks during the crisis.

During any instance of armed aggression or military operations, there will come heightened demands for medical attention—not in the field, but in civilian hospitals as collateral damage could occur and as refugees flee to find safe haven in neighboring countries. Germany has already posted OCONUS contracts for medical professional staffing in U.S. procurement vehicles. Government contractors who specialize in recruiting, placing, and payrolling nurses, physicians, or other healthcare personnel could see new opportunities emerge for staffing augmentation work abroad. Depending on the severity and urgency of the needs, some barriers could be lifted to ease the progress. It’s not unprecedented; during the earlier days of the COVID-19 pandemic, certain restrictions were lifted to expedite the response.

Perhaps the most obvious and clear-cut area of opportunity lies in defense contracting. Stocks instantly rallied for defense contractors as a military clash between Russia and Ukraine became imminent. As the U.S. continues to send weapons and other tactical equipment to the aid of Ukraine, federal contractors in the field are already receiving task orders. Escalating arms shipments will create opportunities not only for large firms such as General Dynamics, Lockheed Martin, and Raytheon, but potentially for their subcontractors as well.

As the circumstances of the European conflict remain nebulous, the world must wait to see how everything unfurls. It’s difficult to offer conclusions with any certainty, but we have witnessed the government’s increasing reliance on industry for modernization and transformation projects. This article is speculative, yes, but there are definitive areas where the U.S. government will step up to play a pivotal role in helping its allies restore order and peace. And I believe it’s equally probable that qualified federal contractors could see upcoming opportunities to help with that mission, whether they’re in healthcare, cybersecurity, mining, farming, utilities, construction, or other fields.

Photo by Chaiwat Hanpitakpong on Unsplash