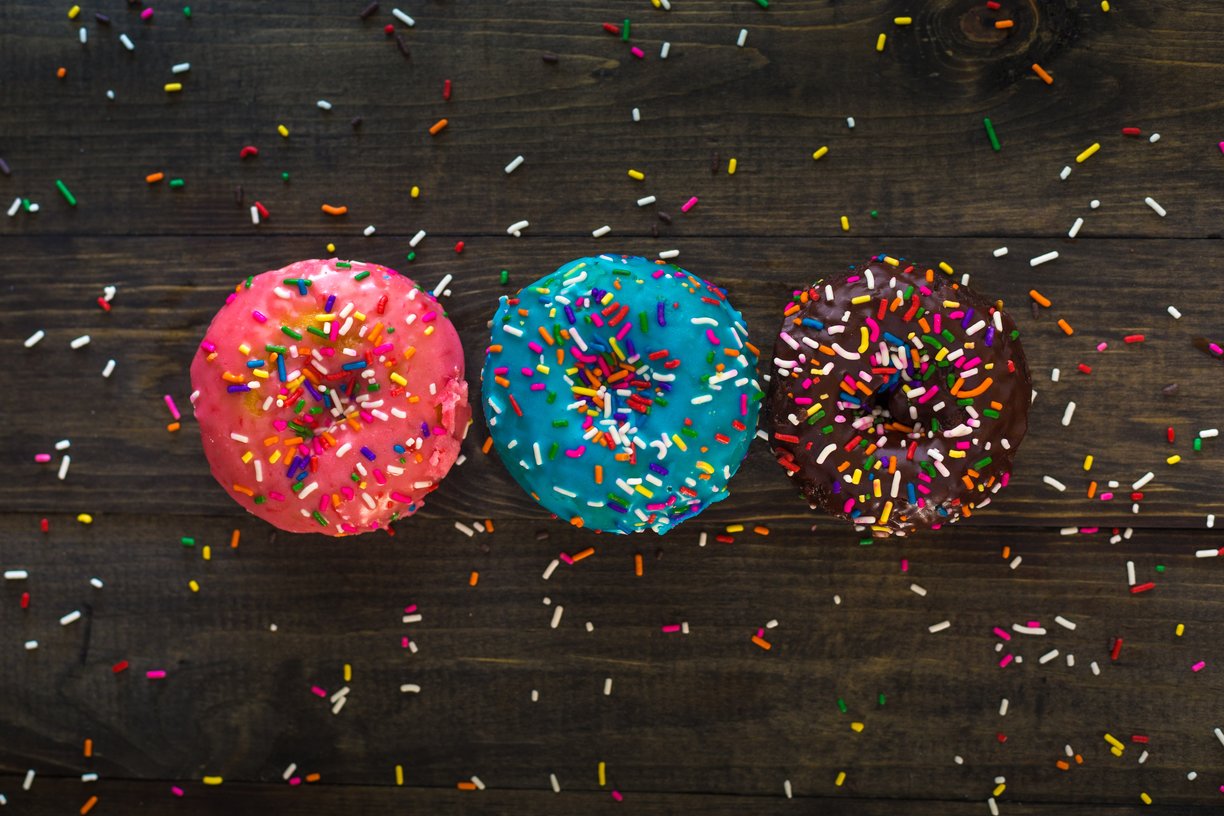 By now, most of you have probably read the news that’s rattled the Internet. Not, it has nothing to do with impeachment inquiries and dubious dealings with foreign actors. It’s about an interstate doughnut dispute. That’s right, an enterprising 21-year-old college student named Jayson Gonzalez from Minnesota was slapped down by Krispy Kreme for purchasing, transporting, and reselling their famed doughnuts to residents in an area without access to the tasty pastries. “In a Facebook post on his Krispy Kreme Run Minnesota page Thursday,” reported Joelle Goldstein for People, “Gonzalez explained that he received a call from the Nebraska location, who told him ‘to shut down operations’ because his sales were creating a liability for their company.” In an interesting turn, however, Krispy Kreme leaders realized their folly and decided instead to work with Gonzalez in a display of savvy business practices and emotional intelligence (EQ). The story provides a compelling allegory for collaboration in the staffing industry between clients, MSPs, and their staffing partners.

As a genuine fan of Krispy Kreme, and a man with a keen entrepreneurial spirit, Gonzalez saw what he believed to be a mutually beneficial opportunity between the people in his community, who have been bereft of a store for over 11 years, and the Krispy Kreme organization itself. Things didn’t pan out the way he envisioned. As People explained:

Each weekend, the Metropolitan State University student would drive his Ford Focus four hours and 270 miles to the Krispy Kreme in Iowa, purchase 100, 12-count boxes of doughnuts, and then travel back to his home state and resell them back to the eagerly-awaiting Minnesotans.

Gonzalez charged his customers anywhere between $17 to $20 per box for the sweet treats, with some paying $100 each time he made the lengthy trip, the Pioneer Press reports. He soon became known as the “Donut Guy.”

Saturday would’ve marked his 20th consecutive drive for doughnuts — but before he could complete the achievement, Krispy Kreme put an end to his entrepreneurial efforts.

“You would think Krispy Kreme would applaud Gonzalez’s spirit of entrepreneurship, not to mention the fact that they were selling an additional 1,200 donuts every week to customers outside its normal area of operation,” Justin Bariso opined in his article for Inc. “You would think.”

Nope. Krispy Kreme initially decided to shutter Gonzalez’s endeavor with the requisite cease-and-desist threats. This seems wholly ironic and misguided in the era of Uber Eats, Grubhub, Postmates, and the like. Consider the Uber Eats restaurant partnership model, as illustrated by Cameron Keng in Forbes:

But so many major eateries have happily enrolled in programs like Uber Eats to appease customers, extend their reach, bolster business volume, and enhance their service ratings through the added convenience. At a cost, mind you—around the neighborhood of 30%.

Gonzalez wasn’t charging Krispy Kreme a percentage of its costs for the deliveries, though. Krispy Kreme lost no revenue in the transactions. In fact, the chain sold more products to new customers. It seemed like a win-win. But whatever the reason—ego, brand paranoia, corporate greed, misunderstanding, or legal liabilities (Krispy Kreme expressed consternation about the quality of the food after sitting idle at room temperature during the long haul from Iowa to Minnesota)—the purveyors of the pastry lowered the axe on Gonzalez’s burgeoning business dreams.

What followed, however, was a brilliant exercise in bipartisan emotional intelligence, professionalism, rekindled alliance, and a partnership.

Gonzalez could just as easily have told Krispy Kreme to pound sand (or dough, I suppose), leaving a foul taste for the bakery in the mouths of his local customers. And because the entire saga grabbed the attention of media and unfolded in various headlines, Krispy Kreme’s brand could have taken a hit. But Gonzalez, despite his youth, issued an exemplary response, worthy of seasoned business leaders. From Bariso’s piece in Inc.:

“It was never my intent to make Krispy Kreme seem like the bad person, or the bad company, in this scenario,” Gonzalez said in a video posted to Facebook. “It is kind of upsetting that I had to stop, but it is what it is.”

“One opportunity closes, another one will open,” he continued. “But we’ll kind of just see where we go and what happens and, who knows? Something amazing could happen from it.... But whatever happens, I’m always willing to embrace it. Always looking for the positive.”

The Krispys (or is it the Kremes?), realizing their blunder, responded in kind with an equally stellar show of EQ. CNN’s Allen Kim contacted a spokesperson for Krispy Kreme who confirmed that the company was altering course and pursuing a deal to work in partnership with Gonzalez:

“Today, we reached out to Jayson to express our appreciation for his love of Krispy Kreme and admiration for his entrepreneurial spirit,” a spokeswoman for Krispy Kreme tells CNN. “We are going to help him achieve his goals, which include being debt-free when he graduates in 2021, in part by selling Krispy Kreme Doughnuts.

“We wish Jayson great success and we're thrilled to help him achieve it by donating 500 dozen doughnuts when he re-starts his business.”

It’s an amusing and uplifting tale—a sort of Cinderella story for the gig economy. But its implications should resonate deeply with businesses across all industries. We live in a time where collaboration is paramount, where the nature of the sharing economy and digital capitalism have decoupled consumers and businesses, where companies must rely on collaboration to innovate and compete, and where vendors have become inextricably vital to the success of enterprise programs. Sound familiar?

The Importance of Emotional Intelligence in MSP Partnerships

As Dori Meinert wrote in a 2018 post for SHRM, emotional intelligence can make or break a workforce program where partnerships are essential to performance and delivery. Meinert interviewed TalentSmart President Travis Bradberry who noted, “Leaders prime the emotional state of the organization… So when they’re ineffective, when they set poor examples of how they treat other people, that trickles down throughout the company.” The result could be low engagement or high turnover because of the toxic interactions between people. In the context of an MSP, this wouldn’t just apply to its internal program leaders. The managers of the participating staffing agencies must also be held to the same standards. Success, as highlighted by the communication between Jayson Gonzalez and Krispy Kreme, requires the leaders of stakeholder groups to coalesce, compromise, support one other, align to shared goals, and, ultimately, make bilateral decisions that benefit the customers, not the individual business partners.

Here are some crucial qualities to identify when seeking potential MSP and staffing partners.

Those who ascended the ranks to reach leadership positions can lose sight of their need to control emotions and temper interactions along the way. “A 360-degree feedback process can help pinpoint problem areas,” Meinert suggested. “The assessment, which uses input from supervisors, colleagues and subordinates, is often eye-opening.”

If the staffing and MSP program leaders are consistently sharing feedback, continuous improvements cascade across the entire program. Even if one party’s response is hasty or abrasive, effective communication can reset the partnership and fuel new avenues for progress, as we witnessed with Krispy Kreme and Jayson Gonzalez.

The ability to refocus our attention on the needs of others during social interactions allows us to detect critical cues. “Those prompts can be particularly subtle with subordinates, who often defer to authority and may be reluctant to share what’s on their mind directly,” Meinert said. “Learning to read nonverbal signals can provide clues about what they’re feeling.”

Simply asking your MSP contact or staffing partner how they’re feeling about the direction of a project can have a powerful impact, even when it’s just an acknowledgement of stress. If stakeholders recognize that they’re dealing with similar challenges, those issues become the villain that everyone unites to defeat—rather than partners working against each other or placing blame.

Once issues have been uncovered, it’s time to address them by setting concrete goals toward improvements.

Balancing the needs and expectations of people in an enterprise MSP program is no easy grind. It’s not simply a matter of logistics or centralizing disparate groups or overseeing multiple entities. It’s about balancing the emotions that infuse the morale of every member on these teams. Staying aware, staying cool, and staying present can help nurture the heightened levels of emotional intelligence that create flourishing partnerships.

Photo by Patrick Fore on Unsplash