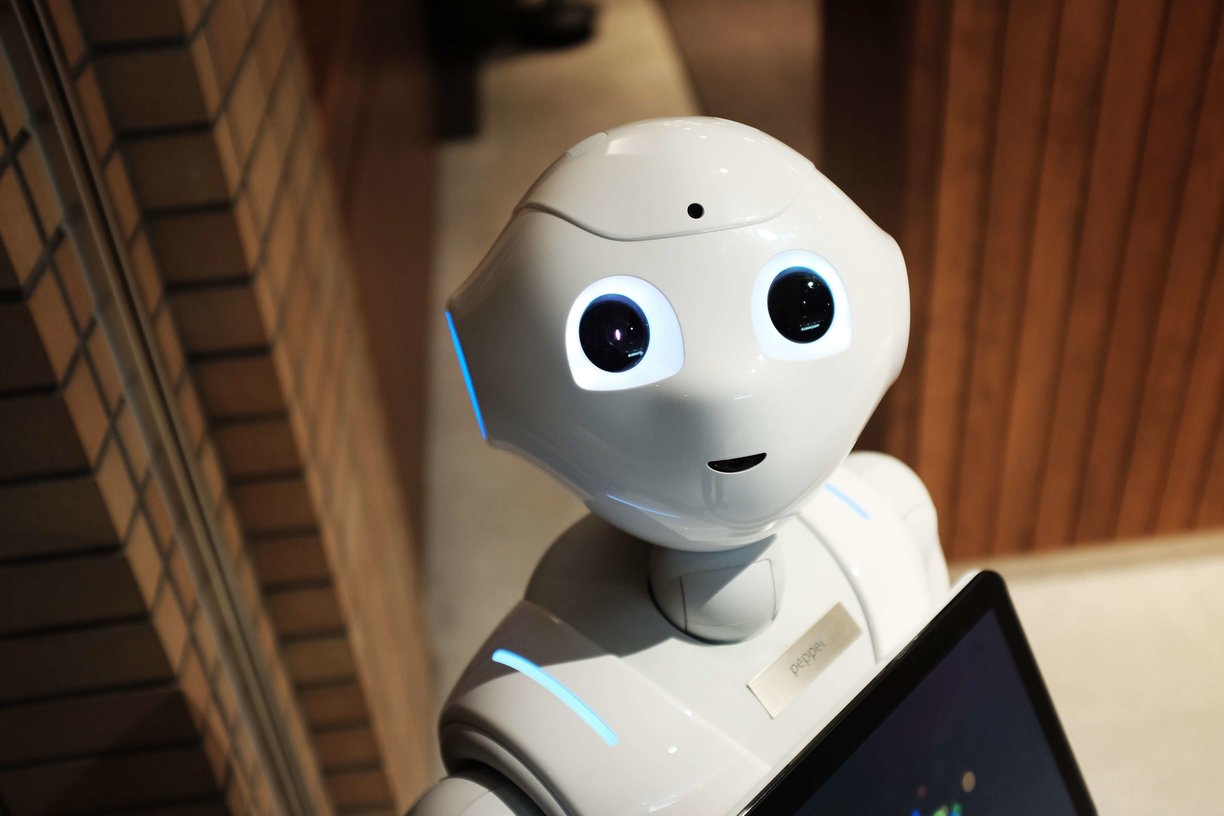 In a recent article for Forbes, contributor Gene Marks—owner of a business consultancy and a former senior manager at KPMG—discussed five of the latest technology developments hitting the news. As you would probably suspect, a lot of the stories dealt with advances in digital automation and artificial intelligence (AI). For example, more retailers are using mapping tech to empower customers who desire a completely self-service experience, from navigating products to scanning items and checking out. Then there’s Microsoft, which unveiled an AI presentation coach for PowerPoint. But the most surprising revelation was a robot capable of making 300 pizzas in one hour. It’s an interesting commentary on the current state of our social contract with talent. It also helps make a compelling point for universal basic income (UBI), which the California city of Stockton has been testing—with positive results.

The Robots Are Coming...and Cooking

“Picnic—a Seattle startup, —announced this past week that it has created an assembly platform that can make 300, 12 inch pizzas per hour (and 180 inch pizzas per hour), making this robot a first-of its-kind,” explained Marks. “When a pizza is ordered, the order goes into a digital queue, prompting the robot to begin making the pie the moment that the dough is placed in the appropriate spot in the machine. Data is then sent back to Picnic through the internet in order for developers to help the robot to improve upon any errors made.”

Proponents of robotics in the workforce see the advances as a way of competing with low-cost labor producers in India and China. “This not only solves the big headache of actually finding people to do this work,” Marks opined, “but it will also result in cheaper prices, a lower cost of entry for startups and more opportunities for American companies to compete worldwide and grow.”

Of course, the opposing perspective raises equally valid points. What are the opportunities for the displaced workers? If the company grows as a result of robots supplanting human talent, how do those workers compete? And, if Americans lose stable sources of income, how can they purchase the products (like robot pizzas) that drive the business’ expansion and the wider economy?

Fast food workers have long worried about being automated out of their roles. Cooks, conversely, seemed fairly unassailable. Cooking is an art, after all. A uniquely human thing. Apparently, that’s changing too. We generally assume blue collar or manual labor positions to be the most precarious in the age of digitization. We may be wrong.

Even White Collar Jobs at Risk of Automation

In 2013, Carl Benedikt Frey and Michael Osborne of Oxford University published the paper “The Future of Employment: How Susceptible Are Jobs to Computerisation?” They assessed the likelihood of automation replacing people across 702 different job categories in the United States. They did this by programming a machine learning algorithm. Hopefully, the irony wasn’t lost on their audience. The study concluded that 47% of the work in scope could be done by machines “over the next decade or two,” as reported by The Economist.

A more recent examination published by the Organisation for Economic Cooperation and Development (OECD) presented an updated list of the positions most precariously placed in the path of increasingly intelligent machines. The usual suspects appear: drivers, garment makers, cleaners, agricultural laborers, and nothing overly surprising. But, there are plenty of “uniquely human” roles that are staring down the same potential demise. Looking to enter the lucrative realm of finance? Well, there’s a 98% chance that loan officers will get spirited away to the grid. How about law? There’s a 94% probability that machines will consume paralegals and legal assistants. That’s not all. On the OECD scale, with odds of automation ranging between 30% and 50%, the fates frown on sales, business administration, IT, science and engineering, upper management, and politics.

On October 1, Harvard Business Review even pondered the likelihood of automating the jobs of corporate board members: “However, continued advances in artificial intelligence, robotic process automation (RPA), and distributed ledger technology like blockchain could bring about a completely new way for the Board to exercise its responsibilities. Ensuring data veracity could be instantaneous and decentralized, allowing for processes such as reviewing company accounts, financial reporting, and auditing to be real-time and immutable, requiring minimal effort on the part of NEDs.”

The perilous situation of workers in the gig economy has already spurred waves of legislation and calls for a new social contract. Universal basic income is one fascinating theory that’s been bobbing along those tides for a while. Now, at least in one California city, it’s evolved into more than just a concept. And it may be worth exploring.

Steven Hill, a senior fellow with the New America Foundation, drafted a compelling plan for Individual Security Accounts (ISAs), predicated on existing models such as the multiemployer plans already in place for construction workers, health care professionals, miners and even some Silicon Valley independents between projects. Already mandated statutory costs are still covered, and the program would incentivize insurance companies to participate as providers of ISA plan elements, further reducing costs as economies of scale come into play.

Multiple employers pay a few dollars per hour that’s invested in the ISA. The amounts are prorated according to the number of hours worked, or a percentage for contracts based on the completion of work. All statutories are accounted for in the ISA, ensuring that the IRS receives its share.

A new federal rule for joint 401(k) offerings between businesses illustrates the intent of Hill’s idea. “A federal rule now in effect allows companies to team up through certain employer groups and professional organizations to offer a shared 401(k) plan to their workers,” Sarah O’Brien reported for CNBC. “Companies in different industries can band together to offer their workers a retirement plan through certain organizations, as long as they are located in the same geographical area.”

All of that said, one of the boldest and most intriguing pitches is a universal basic income, which tech giants such as Elon Musk and Mark Zuckerberg have notably supported.

UBI programs have been in existence for a while. Namibia, for instance, implemented UBI around 2008. The outcomes were incredible.

Since 2015, countries such as Kenya, Finland, Switzerland, and the Netherlands have all launched small-scale UBI initiatives to assess the impacts and benefits.

One argument against UBI is the cost. “In a country like the United States,” Futurism explained, “it would cost $3.2 trillion to distribute a $10,000 UBI to all citizens. If you made exclusions for children, households earning more than $100,000, and retirees receiving Social Security, that number would fall to $1.5 trillion.”

Yet the initial expenditures would be offset by spikes in economic contributions. An analysis from the Roosevelt Institute considered three main scenarios: paying every adult $1,000 a month, paying all adults $500 a month, and paying $250 a month just to kids (a child allowance). In all cases–including different ways of paying for an UBI–the impact would be positive, economically speaking, the analysis said. If kids received $250 per month, GDP would grow 0.79% per year over an eight-year period; $1,000 for all adults would expand the economy by a whopping 12.56% over the same time frame. That would mean at least $2 trillion in additional wealth as the spending feeds down to businesses and individuals. When you consider that at least 60 large companies paid zero dollars in taxes under the current administration’s $1.5 trillion tax break, the UBI seems reasonable.

The other argument against UBI involves a pessimistic view of how recipients would spend the money. “In this country we have an issue with associating people who are struggling economically and people of color with vices like drug use, alcohol use, gambling,” Stockton Mayor Michael Tubbs said. “I thought it was important to illustrate folks aren’t using this money for things like that. They are using it for literal necessities.”

Adam Beam and the Associated Press covered Stockton’s UBI experiment in Fortune, in which individuals of varying employment statuses were given a $500 stipend per month:

Since February, when the program began, people receiving the money have on average spent nearly 40% of it on food. About 24% went to sales and merchandise, which include places like Walmart and discount dollar stores that also sell groceries. Just over 11% went to utility bills, while more than 9% went to auto repairs and fuel.

The rest of the money went to services, medical expenses, insurance, self-care and recreation, transportation, education and donations.

Of the participants, 43% are working full or part time while 2% are unemployed and not looking for work. Another 8% are retired, while 20% are disabled and 10% stay home to care for children or an aging parent.

Based on the results, it appears that the revenues distributed went to good use. Subjects leveraged the additional funds to pay for essential services and those that bolster productivity, such as wellness, reliable transportation, ongoing education, and more.

It’s still too early to assess the overall outcomes of things like UBI, but enhanced social safety nets are crucial considerations for businesses of all kinds in the age of rampant automation. Robots may not be taking over every role, but machines have created complications for a growing swatch of occupations. Yes, business growth is vital to the economy. But if our talent can’t afford to participate in that economy, there’s nothing to grow. It’s a lesson staffing professionals learned long ago—the better you care for skilled workers in non-traditional situations, the higher the performance, innovation, quality, and economic strength.