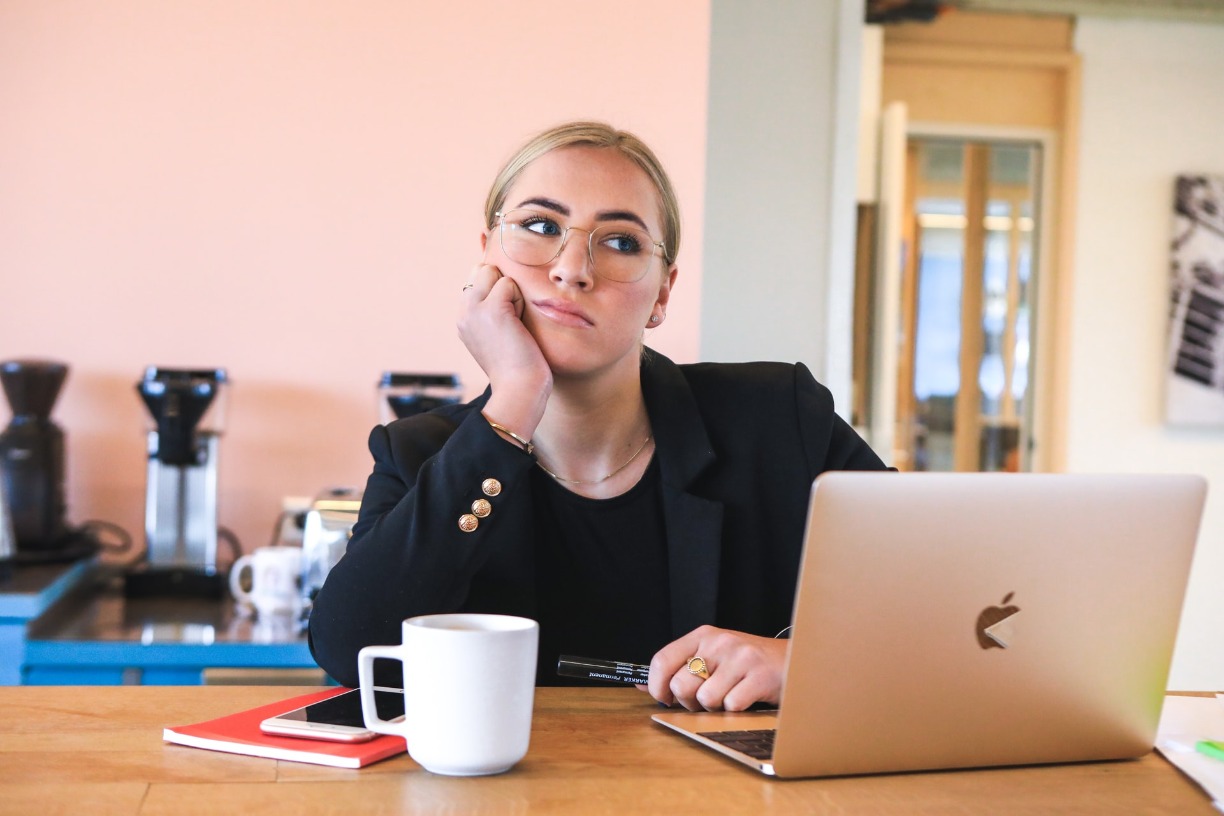 Tuesday, March 8, marked 2022’s International Women’s Day, which ushers in the annual celebration of Women’s History Month. During this reflection of accomplishments and progress, we must still accept that the push to achieve parity for women has moved at a pretty glacial pace. The pandemic certainly made a bad situation worse and stifled a lot of the forward momentum. Yet even before the outbreak of COVID-19, as McKinsey’s “Women in the Workplace 2019” demonstrated, “women continue to be underrepresented at every level.” The labor market trends that sparked the Great Resignation could signal a shift in helping women close the wage gap. But the advent of “proximity bias” may widen the chasm.

Working women are beginning to seize on the idea of leveraging the catalysts of the Great Resignation, where tight markets, fierce competition, and desperate employers have given candidates greater ground to command higher salaries and better positions.

“Some 85% of working women believe they deserve a pay increase, according to a new Glassdoor survey of more than 800 workers, and 63% believe the Great Resignation gives them leverage to negotiate,” CNBC’s Jennifer Liu wrote. “Roughly 47 million Americans quit a job last year, with many citing the opportunity for better pay and benefits, as well as more stable and accommodating work, as major reasons why. In the summer of 2021, women who were quitting for better-paying jobs saw above-average wage growth, though small bumps did little to make up for the gender wage gap or the fact that women are disproportionately employed in low-wage work”

“And this gap isn’t changing very quickly,” added CNBC writer Abigail Johnson Hess. “According to the Institute for Women’s Policy Research (IWPR), if the pay gap continues to narrow at the same pace it has over the past 50 years, women will not reach pay parity until 2059. For women of color this date is even further into the future: The IWPR estimates that black women will wait until 2119 for equal pay and Hispanic women will have to wait until 2224.”

Data suggest that workers who capitalize on the constricting labor market are capturing higher wages. The average growth rate in pay for all workers increased 1.5% in June 2021. However, that number jumped up by 5.8% for job-switchers, according to a Workforce Vitality Report from ADP. For women, whose glass ceiling has failed to budge or break, the time to negotiate a better job with better pay is opportune. Of course, the specter of the pandemic isn’t done lurking. And the recent residue of its economic ectoplasm, something called “proximity bias,” poses new challenges for women.

Proximity Bias, the Evolution of the Work From Home Promotion Penalty

Last June—when the debate raged between indefinite work-from-home (WFH), hybrid work, and get-your-butt-back-to-the-office-pronto (acronym pending)—I discussed the tolls that any form of telework might take on efforts to strengthen diversity, equity, inclusion, and belonging (DEIB) when offices reopen. And that’s happening, as companies mandate their workers to return to the brick-and-mortar—including big progressive tech giants that seemed very pro-WFH a minute ago, like Apple, Google, Microsoft, and Meta (née Facebook). Citing research from Nicholas Bloom of Harvard Business Review (HBR), working remotely may threaten the advancement of DEIB as businesses get physical again. And Bloom’s assessments predate the pandemic.

Bloom referenced findings from a 2014 study he conducted, where his team “randomized 250 volunteers into a group that worked remotely for four days a week and another group that remained in the office full time. We found that WFH employees had a 50% lower rate of promotion after 21 months compared to their office colleagues.”

This situation creates a sort of “WFH promotion penalty,” and managers in the study confided to Bloom that remote teams got passed over because they were “out of touch” with the office. Whether that was true or not, the perception was the reality.

“Single young men could all choose to come into the office five days a week and rocket up the firm, while employees with young children, particularly women, who choose to WFH for several days each week are held back. This would be both a diversity loss and a legal time bomb for companies,” Bloom wrote.

But here we are eight years on, in kinda-post-pandemic 2022, where 68% of women prefer to continue working from home compared to 57% of men, according to a study by FlexJobs. Since the spread of COVID-19, women were 1.5 times more likely than fathers to spend an extra three or more hours each day on household duties, based on the McKinsey report findings mentioned earlier.

Meanwhile, 42% of women reported being burned out often or almost always in 2021, up 10% from 2020, according to the 2021 Women in the Workplace report. In comparison, 35% of men said the same. Working from home helps alleviate some of the burdens encountered by commuting to the office or seeking child care at a time when social distancing is just starting to dissipate on a significant scale. But then, there’s still the “WFH promotion penalty,” which, like a virus, has mutated to a more virulent variant called “proximity bias.”

Katherine Boyarsky of Owl Labs offered an astute definition of this phenomenon: “In general, proximity bias is the idea that preferential treatment is given to those who spend the most time physically close to us. In the workplace, proximity bias can rear its ugly head in a number of ways but is most commonly associated with when business or team leaders believe that on-site employees work harder and are more productive than remote employees, simply because they can physically see in-person employees doing the work and have to trust that the remote ones are.”

A wealth of research conducted during the pandemic demonstrated that about 75% of workers maintained or exceeded productivity during the prolonged WFH period. But let’s face it, hard data doesn’t often overcome gut instinct or bias, as much as Jeff Bezos would have us believe.

“Because the on-site employees spend time working physically alongside one another and the remote worker is only visibly seen during virtual team meetings, the leader could fall under the impression that the on-site employee is a harder or more dedicated worker than the remote one,” Boyarsky explained. “In this case, the unintentional bias the leader has toward the other on-site worker is powerful enough to negatively impact the work of the remote team member and hold them back from progressing in their career.”

Whom does that affect? Well, given the statistics, women; and they comprise the majority of employees who want to continue WFH arrangements. But there are steps organizations can take to prevent proximity bias from taking root and becoming a detrimental mainstay of our new normal.

Nipping Proximity Bias in the Bud

Combining Boyarsky’s ideas with other strategies, here are some practices companies can use to ensure equitable, fair, and inclusive treatment of their workforce, wherever the people happen to be sitting.

Identify the Winners and Losers

Solving problems begins by understanding them. Like that old public service announcement said (and I think it was also from NBC), “The More You Know.” Identifying the spaces where proximity bias is most likely to occur will help leaders target the beneficiaries and victims of it, focus on strategies to stave it off, and develop proper messaging and communications. For example, proximity bias may not emerge as an issue in departments that operate fairly autonomously or without the need for ongoing team interaction. However, in divisions where face-to-face meetings and group participation are frequent, proximity bias seems rife.

Take the Pulse of the Workforce

“Some organizations may find that after a year of everyone working remotely, the return to office hasn't changed coworker relationships,” Boyarsky said. “No matter how stable you perceive your workforce to be, surveying your employees is an important step to ensure that the lived experience of your employees matches your perception of them.”

Soliciting your employees’ opinions on the matter not only provides data for mitigating potential bias risks but also enlightens them to the problem itself. And by including employees in the discussion, you have already kickstarted vital conversations that create transparency, encourage creative thinking, and unite people in preventing a bad outcome. Consider asking some of these questions.

Come Up with a Game Plan

In certain cases, Boyarsky said, proximity bias can be eradicated by the workforce’s awareness of it. As any bias, its manifestation is less likely intentional and more likely subconscious. Vigilance usually helps stanch bias before it festers and spreads. So, honest collaborative, and accessible communication can be instrumental in planning to eliminate the threat of bias.

An article in Entrepreneur by contributor Gleb Tsipursky, CEO of Disaster Avoidance Experts, offers a unique concept called “Excellence from Anywhere.” This approach, in a slightly Bezos-esque way, concentrates on the power of data. The main tenets involve focusing on deliverables and adopting practices for remote or hybrid collaboration and innovation.

“The core idea is to get all of your workforce to pull together to achieve business outcomes; the location doesn’t matter,” Tsipursky explained. “This work culture addresses concerns about fairness by reframing the conversation to focus on accomplishing shared goals, rather than the method of doing so.” Let’s examine some of the proposed strategies.

In some ways, I also believe that using the notion of Agile Project Management and Scrums could work. Think of work in terms of sprints.

Really, there are no right or wrong answers—except to ignore the threat of proximity bias, take no action, and allow it to infest the necessarily hybrid culture that will define companies as they settle into the next normal.

Women aren’t just instrumental to the growth and success of your organization, they’re also the most at-risk talent you have. Their precarious position becomes even more perilous in the wake of the pandemic and the semi-permanence of WFH. COVID-19 threw a big, sickly wrench into the progress made toward genuine parity in the workforce. Don’t let proximity bias reverse the direction of the wheels that keep the economy moving. Remember, as McKinsey data showed, “closing the gender gap in the workforce could add a staggering $28 trillion to the global GDP.” Opening the door for new biases, conversely, will transform the Great Resignation into the Great Stagnation.