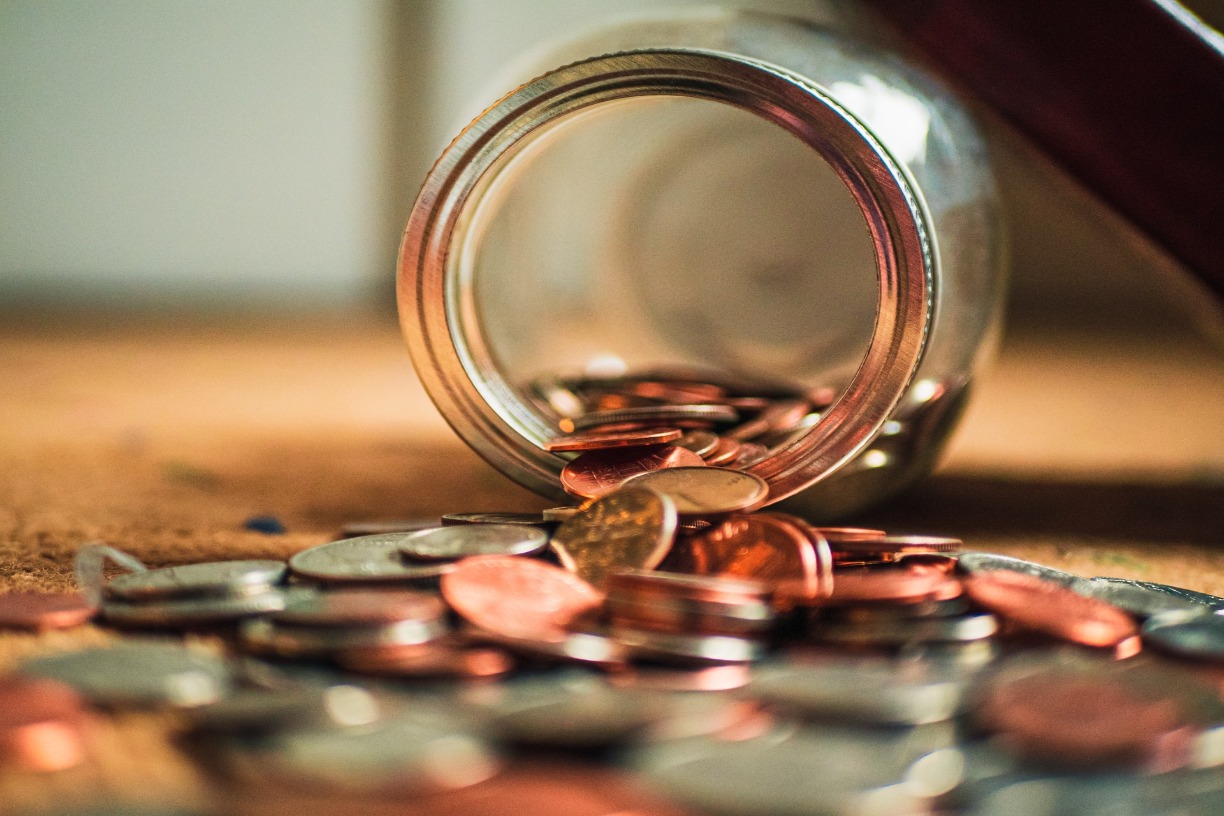 President Biden has pushed for a sweeping American Jobs Plan, a “once in a generation investment,” which echoes the social contracts that propelled the New Deal era. Biden, like FDR, understands that bolstering the economy after a significant setback requires government support. In response, however, we’re seeing the same resistance from 2014, when states raised their minimum wages, complete with nebulous warnings, dubious anecdotes, and some fanciful, terror-laden storytelling. It’s easy to see an agenda at work: businesses will be “forced” to pass along the costs to customers, hiring will stop, layoffs will become inevitable (it’s only a matter of time). Something’s gotta give, they warn. It’s interesting, then, to hear respected economists, powerful business leaders, and the Department of Labor paint a different and decidedly rosier picture. Let’s bust some of these myths and work on creating a thriving, healthy, and secure workforce for our new normal.

Back in 2014, on the cusp of Election Day, measures for raising state minimum wages appeared on ballots in Alaska, Arkansas, Nebraska, South Dakota, and Illinois. Increases had already been approved in 10 other states, along with the District of Columbia and the city of Seattle. At that time, you would have thought the situation was dire: ratifying minimum wage hikes to adjust for cost of living increases seemed, to more than a few folks, the death knell for large and small businesses alike. But that didn’t happen. The pandemic did, exposing how prominent the ill effects of income inequality remain nationwide. A lot of wealthy tech companies got richer, while small- and mid-sized businesses suffered.

In April, Biden issued an executive order requiring federal contractors to pay a $15 minimum wage to hundreds of thousands of workers supporting federal contracts. The following day, when calling on Congress to pass a piece of labor legislation called the PRO Act, the president remarked, “Let’s raise the [federal] minimum wage to $15. No one working 40 hours a week should live below the poverty line.” But the same prophets of doom from seven years ago appeared, rejecting the proposal as poison to business.

But we’ve heard this all before. Raising wages after the Great Recession didn’t decimate the economy. In fact, it grew. The pandemic hobbled it.

The danger then and now is that a waning middle class lacks the purchasing power to keep the economy going. When people earn less, and struggle to make ends meet, they naturally spend less. It’s a vicious cycle in which everyone—workers and business owners—end up with less. What’s fascinating, though, is that many members of the one percent club understood this, even back in 2014.

Goldman Sachs CEO Lloyd Blankfein cautioned that income inequality would destabilize the nation. He said the situation was “responsible for the divisions in this country.” This is a man who raked in $23 million in salary and bonuses during 2013. And that was almost a 10% hike in pay from his previous year. Yet he grasped that wages need to be increased for other classes in the nation.

Bill Gross, chairman of Pimco, one of the largest bond trading firms in the world, called on wealthy investors to support higher taxes on capital gains. He also stated that the country needed to restore balance in its policies regarding labor and capital, recommending increases in the minimum wage and taxes on the rich.

Billionaires such as Warren Buffet have long proposed a minimum tax of 30% for America’s wealthy. These business leaders were championing capitalism that works for the majority, not an increasingly smaller minority.

Then, Nobel Prize-winning economists and U.S. Department of Labor analysts said they believed these claims were nothing more than paranoid yarns spun by lobbyists, partisan think tanks, associations with special interests, and people driven by lining their own pockets. The reality in 2014 was that raising the minimum wage appeared to hurt no one.

A New Deal for Our New Normal

The New Deal ushered in the greatest expansion of the middle class the country has ever experienced. The growth of the economy from the 1940s through the 1960s was widely shared. Conversely, when the economy did go into recession during those decades, the supporting frameworks set up by the New Deal helped keep those downturns relatively short. Workers gained. Single-income families had houses, jobs, vehicles, and a level of security that allowed them to build the wealth many enjoy today. Generations of powerful corporate leaders hailed from these families and flourished from the stability and opportunities paved by the beneficiaries of the New Deal. But today, the middle class is treading perilous waters.

In a June 2020 report, the Stoner Center on Socio-Economic Inequality published an interview with several academics in its article “The U.S. Middle Class Isn’t Shrinking, But It Is Getting Squeezed as Inequality Rises.”

“There’s a lot of talk about the shrinking middle,” said Janet Gomick of the Social Science Research Council (SSRC), “but in fact what people generally mean is that families who fall into the middle are hurting, and they’re hurting more over time... In fact, as income inequality has increased in many countries, the middle class has shifted. Some households have fallen into poverty.”

Allowing this instrumental consumer base to suffer, however, can only lessen their purchasing power. This too impacts the economy. But even today, after years of positive results and lessons learned, the same old alarms continue to sound. The conventional wisdom says if you want to help workers, you don’t want to cut jobs, which is “what happens” when wages rise. There’s just one problem: a growing body of evidence suggests that the conventional wisdom is wrong.

Writing for Berkeley News, Edward Lampinen explained: “Extensive research led by UC Berkeley economists and alumni has found that significant increases in the minimum wage have little, if any, impact on employers’ hiring decisions. In fact, the researchers say, a higher minimum wage can produce benefits not just for workers, but for their employers, their communities and the entire economy.” The outcomes matter, especially in terms of the nation’s wider growth.

In examining companies like JPMorgan Chase and Aetna, which increased worker pay after public and federal scrutiny, Harvard Business Review (HBR) discovered that these raises did nothing to harm bottom-line profits: “What these examples have in common, however, is that the company could already afford the raise. JPMorgan Chase’s increase affected only about 7% of its employees and the company had more than enough profit margin to afford it. So did Aetna.” HBR also cited the example of retail giant Costco:

“Costco, for example, can offer a $15-an-hour minimum wage and pay store employees an average of about $22 an hour with generous benefits because it has made specific operating system design choices — such as offering fewer products and promotions, setting clear standards, and empowering employees to make decisions — which enable its employees to be highly productive and to contribute significantly to customer value.”

How has this adversely affected the company? It hasn’t. In fact, Costco is the only national retailer in the history of the United States that can boast of average annual revenue in excess of $160 million per location. Hmm.

The U.S. Bureau of Labor Statistics (BLS) quoted Harvard’s Zeynep Ton on the effects of higher wages in fast food, retail, and related businesses: “Ton studied four low-price retail chains: two supermarkets, a convenience store, and a wholesale club, all of them noted for higher wages, better benefits, more training, and more convenient work schedules than their competitors. According to Ton, because employees at these low-price chains perform their job duties so much better than the employees at their competitors, the four chains can offer competitive prices, better customer service, and also earn a higher profit.”

Profitability, soaring morale, excellent services, and all without passing on the costs to the customer, another fear-mongering talking point. Actress Jordan Rachel joined the choir when she tweeted: “If you want $15 minimum wage, don’t complain when your Taco Bell order costs $38 for a burrito.”

The reality is that the most expensive Taco Bell burrito in Washington D.C., where the minimum wage is already set at $15 an hour, will put you out $3.79. Taco Bell is also rolling out a salary boost where managers can make $100,000. Iconic hamburger joint In-N-Out already pays its employees $15 per hour and more. They also offer benefits, 401(k), paid vacation, and career advancement programs. Their managers can make up to $160,000 a year. But a double-double burger still runs about $3.45. If you want a combo, that’s $6.70 and includes fries and a drink. Both restaurants are lauded for their service and both have incredibly healthy profits.

The sad part of all this is that the executives pushing back on raising wages have already admitted that they don’t hurt. Newsweek covered investor meetings with CEOs from companies such as McDonald’s where the news sounded positive. Here’s one from Denny’s CFO Robert Verostek:

McDonald’s CEO Chris Kempczinski: "Our view is the minimum wage is most likely going to be increasing whether that's federally or at the state level as I referenced, and so long as it's done... in a staged way and in a way that is equitable for everybody, McDonald's will do just fine through that.”

The truth is that if the working classes lack solid purchasing power, businesses won’t hire. Investing in the workforce is an investment in American prosperity. And those who vehemently oppose it are difficult to see as anything other than self-serving. It always reminds me of a famous scene in “Chinatown.” After being thrown into a lurid case, private investigator Jake Gittes confronts the villain, wealthy magnate Noah Cross. Gittes tells Cross, “There’s going to be a lot of irate citizens when they find out they’re paying for water they’re not going to get.” But this exchange sums it all up.

The people who want to suppress wages eat well. And they’d continue to eat just as well if their workers were eating well too.

Photo by Josh Appel on Unsplash