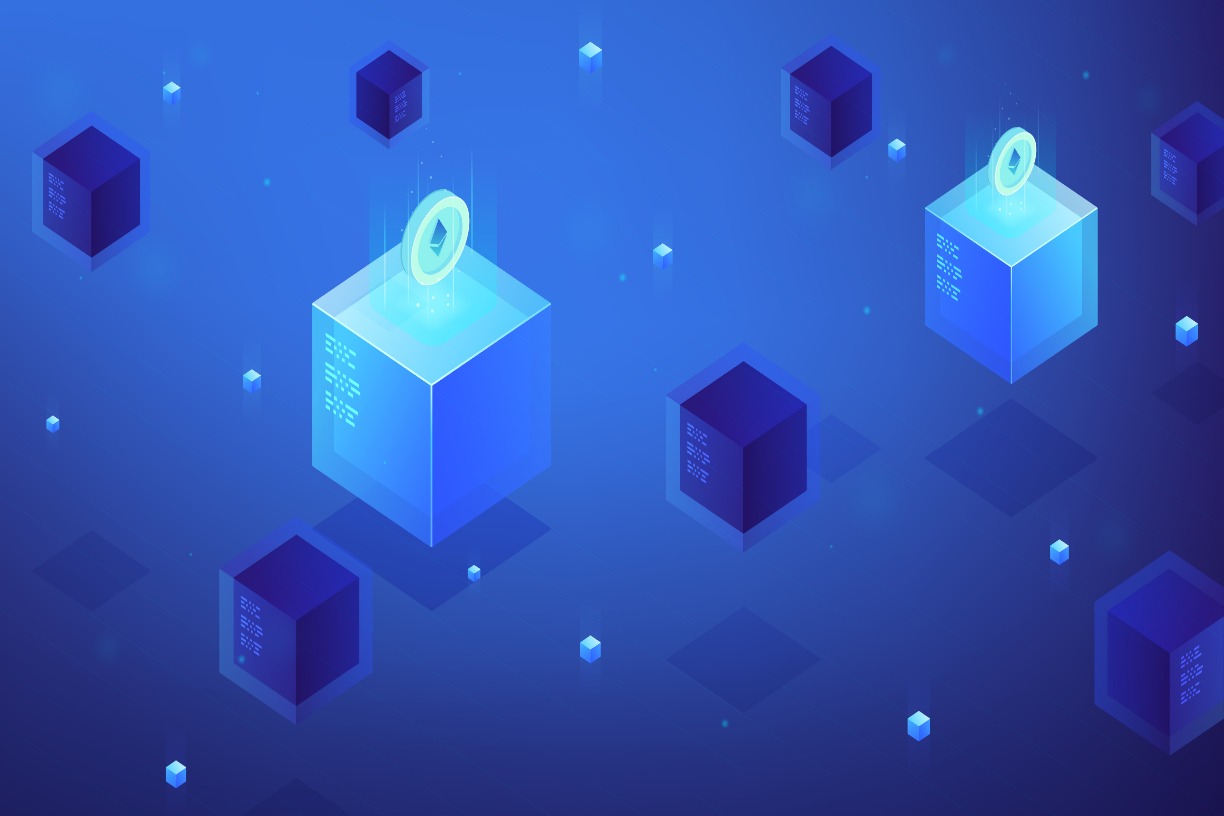 Yes, HR and Staffing Folks, Blockchain Should Matter to You

It’s a simple yet pretty bold (maybe even brazen) assertion, but yes, blockchain should matter to HR and staffing leaders if they want to evolve. It should be on their radar. It’s not a fad. It’s not some hypothetical, cloud-based argot bandied about by geeks and crypto traders to sound elite. It’s not a tool in your kid’s elaborate Minecraft world. And, most importantly, it’s not Bitcoin or any other digital currency in the burgeoning system of electronic P2P finance. It is, quite simply, an advanced operating system built on the premise of transparency, permanence, security, and disintermediation. Blockchain absolutely has the functionality to emerge as the next technology revolution in the workforce solutions industry. So why haven’t we embraced its potential and promise? Bad PR, is my guess. Because nobody seems to know what the hell it is. Let’s fix that.

Decrypting the Mysteries of Blockchain

The key to recognizing the benefits of blockchain lies in recognizing its capabilities independent of cryptocurrency. Sure, we all associate blockchain with Bitcoin, Ethereum, and most recently Dogecoin, which exploded into prominence amid the GameStop trading frenzy. Blockchain itself is just the system that happens to run cryptocurrencies, in the same way that Android or iOS run the apps on your smartphone. But blockchain can support countless industries and transaction types. And while we were sleeping, blockchain quietly transcended its role as a foundation for the digital economy to begin fueling other sectors.

Right now, blockchain applications have already entered into mainstream finance, social media, online dating, and even voting. And, believe it or not, a few companies have incorporated it into the staffing industry. It’s no surprise that blockchain came up in a panel discussion during January's ProcureCon Virtual Expo, especially as we shift focus from traditional staffing approaches to direct sourcing, crowdsourcing, AI-powered automation, cybersecurity concerns, and robust data-driven models.

So What is Blockchain, Really?

As Luke Fortney described in Investopedia, “At its most basic level, blockchain is literally just a chain of blocks, but not in the traditional sense of those words. When we say the words ‘block’ and ‘chain’ in this context, we are actually talking about digital information (the ‘block’) stored in a public database (the ‘chain’). ‘Blocks’ on the blockchain are made up of digital pieces of information.”

The blocks are essentially comprised of three elements that perform the following functions.

Still confused? I get it. Let’s put this in context of staffing.

Given the nature of blockchain’s roots, its lexicon is naturally made up of terms that evoke finance and accounting. Let’s forget all that hogwash. Their definitions can be translated to the parlance of staffing to demonstrate how the system would operate in the talent acquisition space.

Smart contracts are where this thing really takes off for frustrated staffing leaders, HR executives, procurement officers, and anyone else with a big stake in hiring. All transactions involved in sourcing and submitting candidates would be permanently stamped, recorded, and visible. All past work experience, education, licenses, screening, and references remain visible in the candidate profile. Background screenings could be dramatically simplified or reduced. Fewer questions about the candidate’s skills and abilities would need to be vetted.

Key benefits also include reduced time, cost savings, heightened security, enhanced privacy, process optimization, and better analytics. Transparency enables higher matches between hires and job orders, while creating a more consultative environment. The ledger not only records the history of a worker but all future transactions as well. That’s an incredible amount of insight. Hiring managers and recruiters could use this data to screen candidates, provide recommendations on rates or other metrics, and forecast talent needs.

Get This: Blockchain Already Exists in the Staffing Industry

It’s no joke. On September 17, 2019, the crypto-centric news site Cointelegraph published an announcement that a freelancer management platform and cryptocurrency creator had joined forces to unveil what might be one of the first blockchain solutions in the staffing industry. Freelance platform Opolis and MakerDAO announced that they were integrating stablecoin DAI into Opolis’ employment platform for freelancers.

IBM, one of the early pioneers of expanding blockchain technology beyond tokens and crypto, announced in August 2020 that it too had developed a system designed for employment and staffing. That’s probably why the IBM sponsors at ProcureCon shamelessly diverted the conversation to blockchain. Kidding. They did bring it up, but I certainly didn’t find it shameless. As IBM explained in its blog:

We turned to IBM Garage, which hosted an Enterprise Design Thinking workshop staffed by IBM experts knowledgeable in the IBM Blockchain Platform, the open source Hyperledger Fabric from the Linux Foundation and successful global use cases. Our team included IT personnel and businesspeople representing the HR user community… Using design thinking, the Garage team didn’t take long to develop a minimum viable product (MVP) with tremendous potential. Still in prototype form, the solution creates a permissioned blockchain network ideal for storing, verifying and sharing employee work history among a consortium of employers, HR firms and employee organizations. It offers significant benefits to stakeholders in the employment market and even to the Japanese social fabric.

It’s not IBM’s first foray into staffing and workforce solutions. A while back, the company released Watson Talent Insights - HR Analytics to virtually no fanfare. Yet to defend IBM, Watson’s AI is robust, effective, and (most importantly) ethical. As we recently wrote, citing the work of AI researcher Timnit Gebru, the inputs behind most AI are overtly biased and therefore flawed.

Again, I believe IBM’s seemingly lackluster attempts to penetrate the world of HR have nothing to do with its products, intelligence, or capabilities. It’s a marketing problem. You bring up Watson and most people recall the “scary machine that destroyed human contestants on Jeopardy.” You bring up blockchain and they say, “I don’t believe in crypto coins and the Easter Bunny and their Illuminati overlords.” Or something like that.

And yes, IBM is not, as some in the staffing space have criticized, an HR expert. I don’t believe IBM is either, but I also don’t believe it ever purported to be. It’s a technology juggernaut that excels in data solutions as its core expertise. With some industry support, advocacy, and attention, IBM’s suite of employment-related products, like AI and blockchain, could change the paradigm. Call me, @IBM. Let’s straighten this mess out.

Microsoft is also dabbling with blockchain and dipping its toe in our waters. Blockchain now lives on its Azure architecture. And the description hints at possibilities relevant to us: “Businesses use blockchain to digitize workflows they share with other organizations, such as moving physical assets across supply chains.” There’s no reason to think that those supply chains and assets couldn’t transition to staffing suppliers and contract workers. Microsoft is also doing something vastly intriguing with user security. It’s leveraging blockchain technology to launch decentralized identities.

Decentralized identity can replace identifiers, such as usernames, with IDs that are self-owned, independent, and use blockchain and distributed ledger technology to protect privacy and secure transactions.

As I mentioned at the beginning of this rant, our online identities are not truly our own. They belong to the service providers in whose systems we register. That could be Google or JobDiva or Fieldglass or CareerBuilder or any other. That’s not to imply that these enterprises have nefarious purposes in making you sign up with them; it was just the most efficient way to grant users secure access to their platforms. But as we’ve learned time and again, cybersecurity and data privacy are areas of increasing risk. Microsoft is partnering with the community to develop a new identity system that gives users control and preserves their privacy. Through blockchain, I should add.

Hey, @Microsoft, you can also hit me up for industry endorsement, support, and all-around championing of your efforts in these endeavors. I will shamelessly promote you. Call me.

Rounding this out is HireMatch, which in August published the release of the “first-ever blockchain-driven recruitment platform” in the staffing industry. Although still in its beta phase, HireMarch already received word that it was named the winner of IBM’s blockchain contest to crowdsource COVID-19 solutions. IBM, you should still call me.  I can help.

A New Better World for Those Who Want It

My snark aside, I have been a noisy proponent of blockchain in the workforce solutions sector since 2015. I’ve written and talked about it ad nauseam in a bunch of publications and companies. I sincerely applaud the efforts of groundbreakers like IBM, Microsoft, HireMatch, and the team of Opolis and MakerDAO. They deserve more exposure in our field, they deserve more acclaim. The reality is that they are the seers of how our futures unfurl into innovation where HR technology is concerned. Despite many improvements with traditional ATS and VMS software, those systems are fighting to keep pace as new user needs manifest. But they are not reinventing their wheels, delivering bold yet untold approaches, or introducing an ecosystem we have not yet imagined.

Blockchain could, with the right guidance of workforce industry thought leaders and community supporters, dramatically shift our processes to produce the outcomes we are craving. And in all probability, these platforms may disrupt and displace our existing systems on their own. I fervently believe the early adopters will be the victors here.

I have much more to write on the subject. Stay tuned for new articles on examples of blockchain-based hiring processes, strategies, and in-depth looks at how they work. For now, I hope we’ve at least demystified what blockchain is and why it could matter. If not, feel free to call me. I’ll get back to you as soon as I’m off the line with IBM and Microsoft.