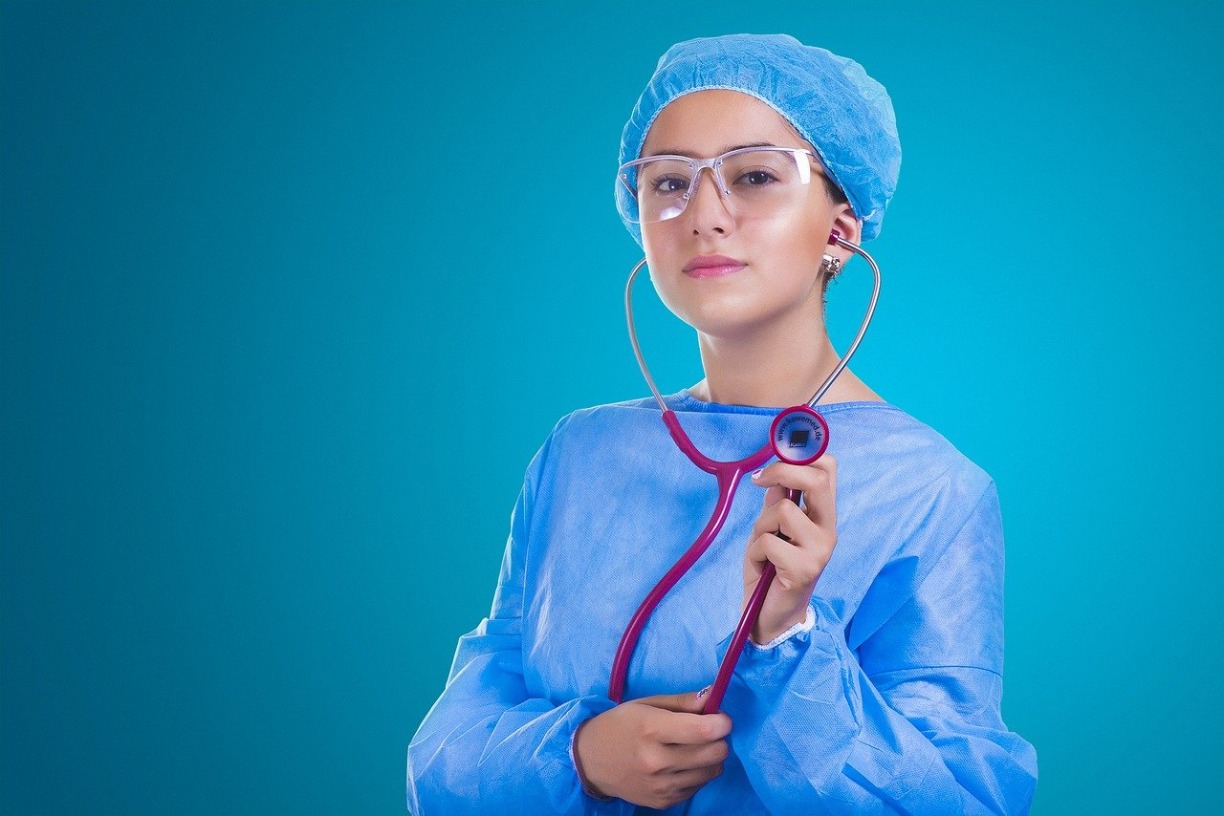 Talk of building border walls or separating migrant children from their parents may have died down, but immigration is still hotly debated in the Oval Office and chambers of Congress. For staffing professionals, the issue of immigration should be as major a topic as it’s become to politicians. The skills shortages plaguing our industry—particularly in healthcare and nursing—are more easily solved through bolstering inclusion. In reality, immigration has been a constant source of economic vitality, innovation, diversity, production, and social benefit. Immigrants are taxpayers, caregivers, workers, job creators, and consumers. Of course, the system needs reform and oversight. But does a blanket policy of “America only” really help U.S. hospitals that are experiencing an increasingly desperate shortage of nurses?

“Illinois Rep. Jesús García (D) said Tuesday he will support a budget reconciliation package only if it includes provisions to grant a pathway to citizenship to a broad spectrum of the country's undocumented population,” The Hill reported.

"A robust and equitable budget reconciliation deal must include a pathway to citizenship for immigrants — our country can’t make a full recovery without it, and I can’t support any deal that leaves so many people in my district behind," said García in a statement.

As a policy matter under the Bush and Trump administrations, immigration leaned more toward exclusion and crackdowns than actual reform. Leniency in deportations or expediting green cards became a criticism of liberal Democrats by their conservative colleagues. Yet even former President Obama’s 2012 passage of Deferred Action for Childhood Arrivals (DACA) stopped short of offering a pathway to citizenship. What’s interesting is that Reagan, a staunch conservative, created a more robust policy of reform than the administrations that followed.

“Nearly four decades later, it’s clear the Republican position isn’t completely correct,” Nicole Narea wrote in her article for Vox. “Legislation like the 1986 law, known as the Immigration Reform and Control Act (IRCA), could actually reduce unauthorized immigration and give the US economy a boost as it continues to recover from the pandemic.”

The IRCA was a key bipartisan achievement during the Reagan era, which came at a time of deep ideological division in the country.

“The bill, which passed 63-24 in the Senate, granted green cards to nearly 2.7 million people — roughly three-quarters of the undocumented population at the time — who had been in the country continuously for at least four years, who paid a fine and back taxes, and who demonstrated what was defined as ‘good moral character,’” Narea explained. “It also introduced penalties for employers who hire undocumented immigrants and increased border enforcement.”

Alexia Fernandez Campbell broke down the real immigration issue in her 2019 article for Vox: “At the end of January, the US economy had 7.6 million unfilled jobs, but only 6.5 million people were looking for work, according to data released Friday by the US Department of Labor. This was the 11th straight month that the number of job openings was higher than the number of job seekers. And each month, the gap has grown.”

The situation now isn’t radically different. And with 95% of workers preparing to quit, job openings will continue to increase.

How is that related to immigration? “The hardest-to-find workers are no longer computer engineers,” Campbell pointed out. “They are home health care aides, restaurant workers, and hotel staff. The shift is happening because more and more Americans are going to college and taking professional jobs, while working-class baby boomers are retiring en masse.” Historically, employers have leveraged immigrants to fill those positions.

And this is particularly poignant when considering nurses. As we pointed out in March, “The average national turnover rate for nurses is typically 17% annually, with some regions reaching as high as 40%. The pandemic has had a profoundly detrimental impact on those figures. We now confront the worst nursing staffing shortage in decades, with 60% of nurses and 20% of physicians preparing to exit their professions directly because of COVID-19. Analysts project these departures to cost individual hospitals an average of $5 million in turnover per year—about $137 billion overall.”

“What makes this shortage all the more difficult to understand,” wrote the Hanlon Law Group, “is the fact that there are hundreds of qualified, available nurses from other countries who are willing to immigrate to the United States but, because of the immigration system, cannot get a visa to enter the country.”

Generally, employers seeking to sponsor workers for EB-3 visas also must complete a lengthy application process with the US Department of Labor (DOL) to certify that there is a shortage of US workers for the position and that hiring a foreign worker will not have an adverse effect on the wages or working conditions of US workers. However, nursing is considered a “Schedule A” occupation. This means that the DOL has pre-certified that there is a documented shortage of nurses and that hiring foreign nurses will not displace or adversely affect US nurses.

Although it’s still a process that can take 15 months or more, Schedule A does expedite employer sponsorship for visas. And if staffing organizations want to build the pipeline of nurses they need now—and will well into the future—embracing the idea of immigration could make a huge difference. Furthermore, it would make any organization that puts in the effort much more competitive, becoming the destination of choice for qualified nurses and healthcare workers.

Breaking the Stigma and Myths About Immigration

Immigrants from all walks fuel America’s competitive power in the global marketplace. Think of it this way. We all use Google, whose CEO Sundar Pichai was born in India. Sergey Brin, another Google founder, came to the States by way of the former Soviet Union. What about Microsoft, whose CEO Satya Nadella also immigrated from India? Then there’s Elon Musk, who despite his fame and demeanor is not actually from around these parts. He’s South African. Imagine life without Google or Excel.

Countries that have embraced strategic immigration plans have prospered. Diversity and inclusion bring with them the promise of fresh perspectives, cultural nuances, demographic insights, and creative approaches to business innovation. As taxpayers, immigrants also contribute to the social infrastructure of their adopted countries.

Germany has a long history of positive gains from welcoming outsiders. In 2012, for instance, the 6.6 million people living in Germany with foreign passports paid $4,127 more in taxes and social security than they accepted in state-sponsored benefits. Immigrant talent generated a surplus of €22 billion that same year. And as a generation of German talent retires, signaling a coming exodus of skills and experience from the workforce, the country is hoping to attract 1.5 million skilled immigrants to stabilize the state pension system. Like Germany, the United States also faces an exodus of retirees from the workforce, which younger foreign workers could offset with their contributions to taxes, revenues, and output.

A Nation of Immigrants

In the introduction to his report on the myths of immigration, Daniel Griswold, a senior research fellow at George Mason University’s Mercatus Center, struck a bold and important chord: “America is a nation of immigrants. That is not a cliché but a simple fact. Almost all Americans today either immigrated themselves or descended from immigrants, whether from England and Germany in the colonial era, Ireland, Eastern Europe, and Scandinavia in the 19th and early 20th centuries, or Latin America and Asia in more recent decades. Today one out of every four people residing in the United States are either first- or second-generation immigrants. Immigration has enriched the United States throughout its history, economically as well as culturally and socially.”

Contrary to the rhetoric that has punctuated most immigration-based debates over the past few years, welcoming foreign talent has measurably strengthened the U.S. economy “by filling key jobs in important industries, starting businesses, filing patents, creating new products, and keeping America demographically younger.”

Myth: Immigration is out of control.

Reality: The rate of immigration is below the historical U.S. average (the 15% peak of 1910, according to the U.S. Census Bureau) and well below that of many other advanced nations.

Reality: There’s simply no hard evidence to draw a correlation between immigrant labor and domestic unemployment. Because immigrants often supply complementary work, they increase demand for housing and other goods and services, creating employment opportunities for native-born workers.

Myth: Crime and terror spike with an influx of immigrants.

Reality: Immigrants end up paying more in taxes over their lifetimes than they do relying on government assistance. Highly skilled and educated immigrants typically pay $514,000 more in taxes. Lower-skilled migrants, Griswold explained, “produce more of a fiscal surplus, or less of a deficit, than similarly educated native-born Americans because they are eligible for fewer government benefit programs.”

Migrant workers actually pay about $7 billion annually into Social Security, a benefit few will receive. In fact, they contribute more in taxes than 55 major U.S. corporations that paid $0 in federal taxes last year.

Foreign Nurses Could Save American Lives if We Let Them

A preponderance of evidence shows that immigration can be an economic windfall. As staffing experts, we should be contributing to the development of new approaches toward inclusion and sponsorship, education equivalence, and encouraging our industry associations to advocate and lobby for a more productive solution that fosters genuine diversity—and not just as a talking point.

Focusing on breaking down the stigma of immigration could very well guide our nation to a new era of progress, prosperity, and peace. The fact is, we need people. Especially those trained to administer nursing and healthcare support. These jobs remained unfilled, and the danger of even greater shortages are rising. Skilled nurses are exiting the workforce. A stellar resume should not fall into the slush pile because of a birthplace. With our finger on the pulse of immigration, who better to help lead the charge?

Image by Yerson Retamal from Pixabay