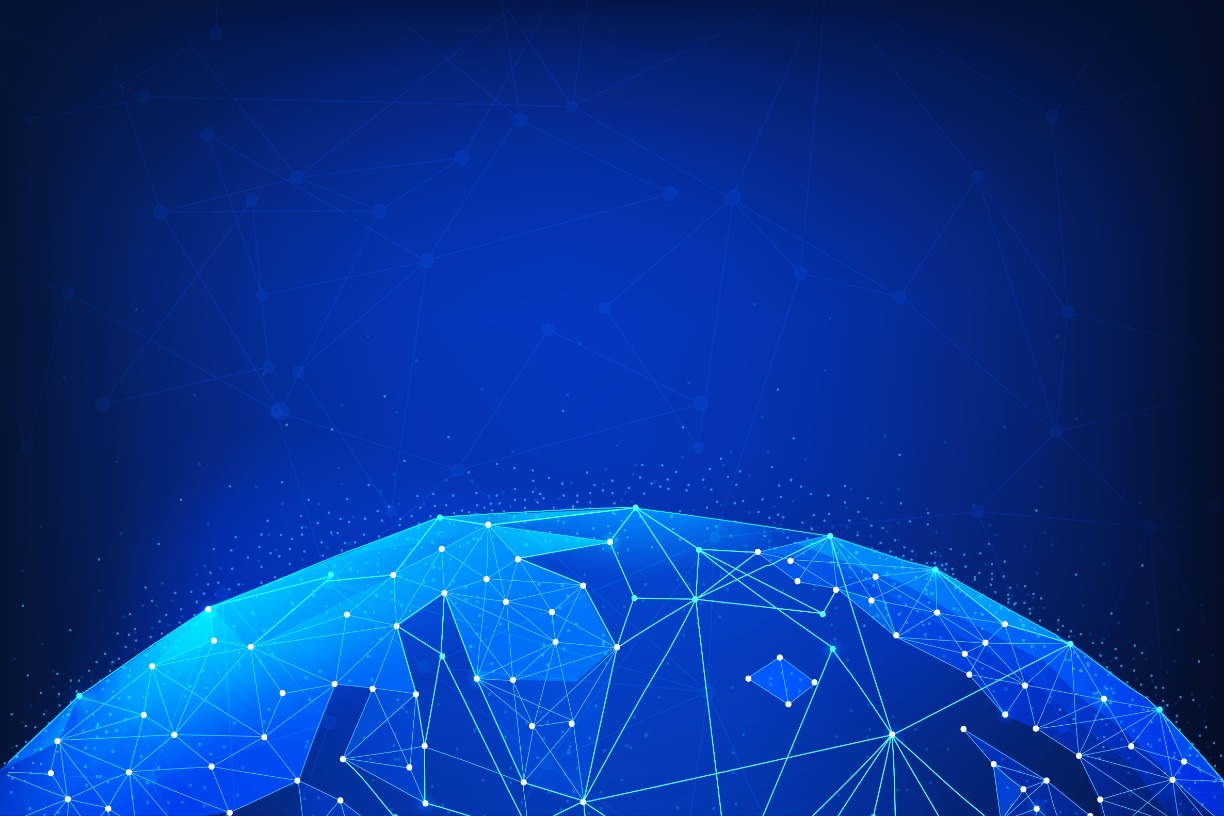 How Blockchain Could Work for Staffing: Hint, Direct Sourcing and Diversity

Back in February, I wrote an article called “Yes, HR and Staffing Folks, Blockchain Should Matter to You.” The premise was simple: blockchain has the functionality to emerge as the next technology revolution in the workforce solutions space. The challenge as to why the industry hasn’t embraced blockchain is equally straightforward: nobody seems to know what the hell it is. I attempted to remedy that last part in the earlier article. So now that we know what the hell blockchain is, let’s look at how it would work as a digital hiring platform. And to spice things up, let’s also explore how blockchain could deliver more power to direct sourcing and diversity, equity, inclusion (DEI) initiatives.

Various iterations of digital currencies have been around since the late 1980s, beginning with DigiCash. That venture folded around 1998, when e-commerce began to soar. But it paved the way for the idea of cryptographic financial transactions, where exchanges could be untraceable and anonymous. Some major issues persisted, however. The first versions of block-based ledgers required a trusted authority to validate the transactions. And people like Chase CEO Jamie Dimon or Goldman Sachs legend Lloyd Blankfein were just fine with that—because their banks would still have jobs and lots of income from slowly processing transactions for mounting fees.

Among proponents of blockchain and direct sourcing, the notion of eliminating—or at least curbing—the role of intermediaries would appear to be a desired outcome. However, those who profit from intermediation aren’t eager to usher in this new approach.

“In September 2017,” CB Insights noted, “JPMorgan Chase CEO Jamie Dimon derided Bitcoin: ‘It’s worse than tulip bulbs,’ he said, referencing the 17th-century Dutch tulip market bubble. ‘It won’t end well. Someone is going to get killed.’ Lloyd Blankfein, senior chairman of Goldman Sachs, echoed that thought, saying, ‘Something that moves 20% [overnight] does not feel like a currency. It is a vehicle to perpetrate fraud.’”

Dimon and Blankfein’s deeply altruistic concern for the welfare of lives at risk is touching, but their sentiments are more likely grounded in worry. And, as CB Insights pointed out, banks have a lot to worry about. Here are a couple of examples they mentioned.

What’s funny about the blockchain debate is that its touted benefits are also the traits that lead detractors to vilify it: transparency, permanence, security, and disintermediation. Every instance of a transaction, from banking to voting, is tracked as it progresses through the workflow, while the blocks prevent unauthorized changes to the ledger. No user needs to rely on any regulator or central authority on the chain because nobody can game the system. Trust and accuracy are inherent.

For companies that have staked their fortunes on being intermediaries, the notion of blockchain is anathema. And if businesses latch onto the momentum, allowing blockchain to firmly entrench itself as a system of record, then the fear becomes an existential threat. Of course, that’s precisely the same concern that some workforce solutions firms have about the promise of direct sourcing exchanges among employers and contingent staffing buyers.

How Would Blockchain Work in Direct Sourcing?

The blockchain represents the shared, distributed “ledger” that records all actions involved in recruiting, placing, and tracking candidates throughout the talent ecosystem. In theory, blockchain already accomplishes most of the tasks tackled by hiring platforms, applicant tracking systems, vendor management systems, and others. But it delivers a level of visibility, security, speed, integrity, and cost efficiency that surpasses the tools we use today.

Blockchain architecture empowers users with shared records that are updated through peer-to-peer replication whenever a transaction occurs. Every participant in the network acts as a publisher and a subscriber—a producer and a consumer. Users receive and send transactions to other users, and that data is synchronized across the network during transfer. The participants remain the same in traditional and blockchain systems. What changes is that records are now shared and available to all users. Let’s put this in context of staffing. Clients and staffing agencies keep their own ledgers (i.e., databases, financial records, HR documentation, talent pools, etc.).

Blockchain introduces new intelligence and analytical systems that provide a complete picture of the talent data exchange. VMS solutions have not totally mastered the spectrum of predictive analytics to:

Blockchain streamlines and enhances the user’s ability to compare, vet, select, and onboard different types of third-party talent side-by-side through integrated systems. Processes that exist today generally exclude freelancers and independent contractors, who are growing to occupy the largest percentages of contingent workers in the marketplace.

Anyone who has ever purchased a home, rented an apartment, or bought a car understands all too well the cumbersome and painful process. There are multiple agencies involved, little transparency, endless forms to complete, and long stretches of time without communication or updates. And the coffee always sucks at a a real estate office or car dealership. The same holds true for enterprise staffing engagements, except for maybe the coffee. Blockchain goes the extra mile in establishing digital trust.

Evolving from Software to Platform

VMS and ATS developers are always on about their evolution to cloud platforms or ecosystems or electronic marketplaces. Not to say they aren’t chipping away at it, blockchain truly expedites the evolution of Software as a Service (SaaS) HR tech to Platform as a Service (PaaS) solutions. VMS remains an island; it concentrates on agency temps as an ancillary element of supplier management. VMS has yet to fully conquer and capture the broader sources of talent, technology, functional capabilities, and market intelligence. Many VMS systems are growing to manage all forms of MSP including SOW, freelancers, and BPO. But blockchain inherently covers every need.

I suppose it seems weird and perhaps implausible to suggest that blockchain could help overcome the DEi challenges we face, but isn’t it already weird and hard-to-believe that DEI challenges exist in this country, in this day and age? So why not blockchain? Not much else seems to be working in the business world.

As Ariella Brown wrote for Dice in 2018, a company called STEAMRole is using blockchain to foster, propel, and augment inclusion efforts: “That’s the mission of STEAMRole, which uses blockchain and its own cryptocurrency (called RoleCoin) for two purposes: providing STEAM-expert role models and a Diverse Talent Pipeline Platform (DTPP) for companies to use in tracking and hiring diverse talent.”

Both Steamers and role models are awarded RoleCoins for their activities, which not only incentivizes participation and achievement, but also records it on the system’s blockchain, a feature that could be applied to tracking the effectiveness of STEAM program funding. RoleCoins are awarded to Steamers for signing onto a STEAMRole, beginning their own blockchain record. The next step is to offer them role models to choose from; the mobile app algorithmically matches them up, much like Tinder. It takes “gender, ethnicity and interests” into account, pointed out STEAMRole founder and CEO Clarence Wooten: “We cannot be what we cannot see.”

“The role models not only provide inspiration but also direction, telling Steamers exactly what skills they need to qualify for a career, and showing them how to access the required training,” Brown added. “According to Wooten, that is central to “bridging the gap between education and training.” The participants’ transactions automatically update the blockchain, creating a record of their progress.”

The STEAMRole blockchain would show what the teens are doing on the platform to prepare themselves for their chosen careers: how many role models they are following, what skills they are working on acquiring, and so on. That data could track directly to a proof of progress dashboard that TEST could access and then copy over in its report to Give Back. The same tracking also would bring to light which Steamers would be a good fit for particular jobs at companies that partner with STEAMRole.

Blockchain Could Break the Barriers Blocking Our Progress

Imagine the benefits that this kind of system could deliver to anyone involved in HR, recruiting, or contingent workforce management. Blockchain could eliminate the time-consuming and costly chores of screening candidates, verifying their employment histories, and checking the accuracy of their resumes. It could reduce the delays and red tape that accompany timecard approvals. Requisition cycle times become a matter of days or hours, not weeks. Blockchain may emerge as an instrumental force for the next phase of talent acquisition innovation— and I believe it’s worthy. For workforce solutions providers, blockchain could elevate them to new heights of productivity, performance, and service delivery. Or we can keep plugging away at dressing up the status quo, saying things like, “If it ain’t broke, don’t fix it.” Then again, if no one’s looking, how will they know whether or not it’s broken. 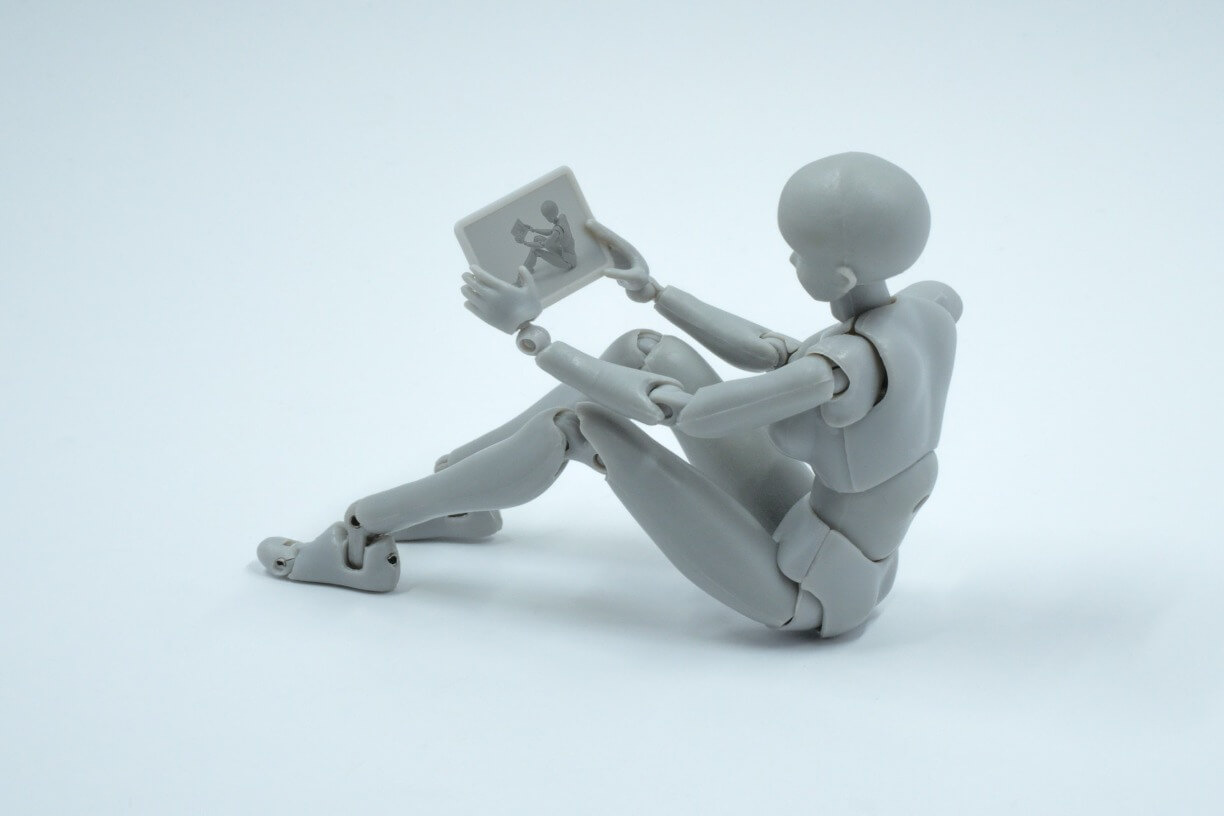 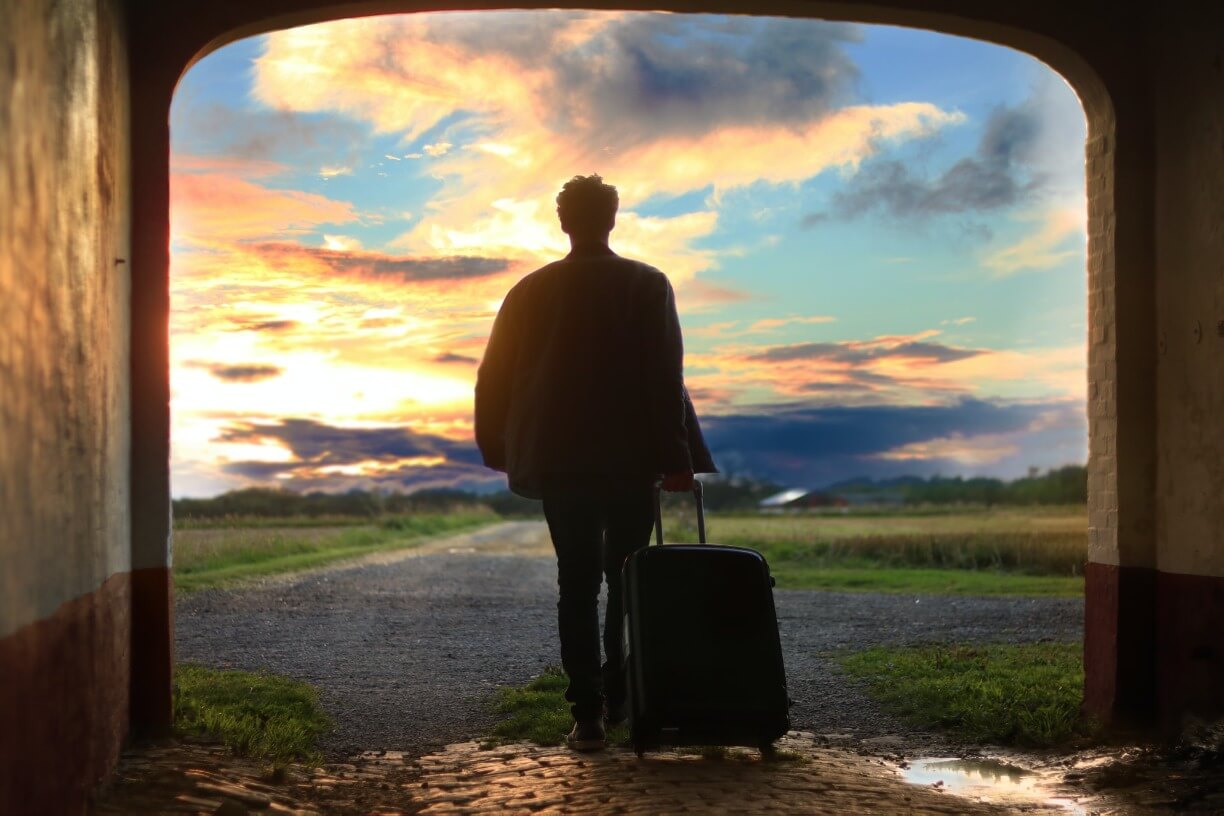 Considering Travel Nursing? Here Are Some Tips to Pack Before Hitting the Road

Considering Travel Nursing? Here Are Some Tips to Pack Before Hitting the Road 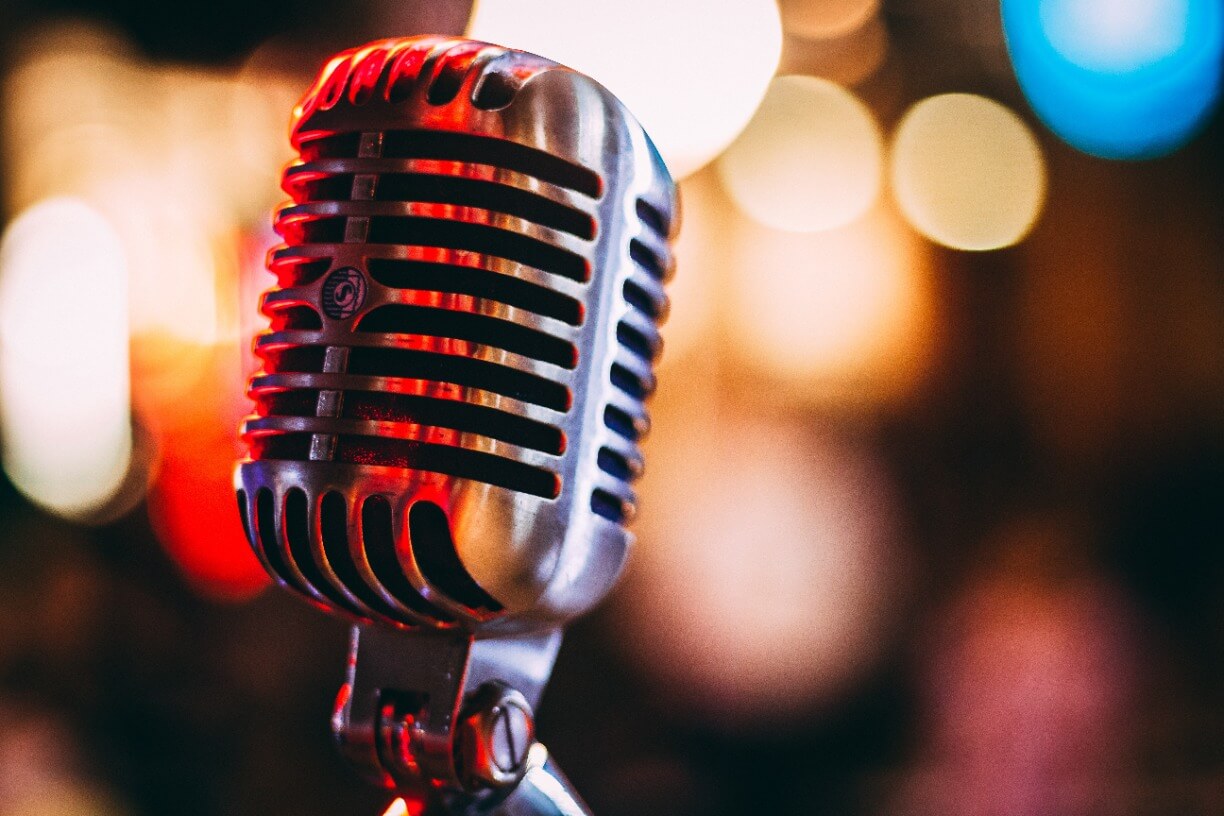