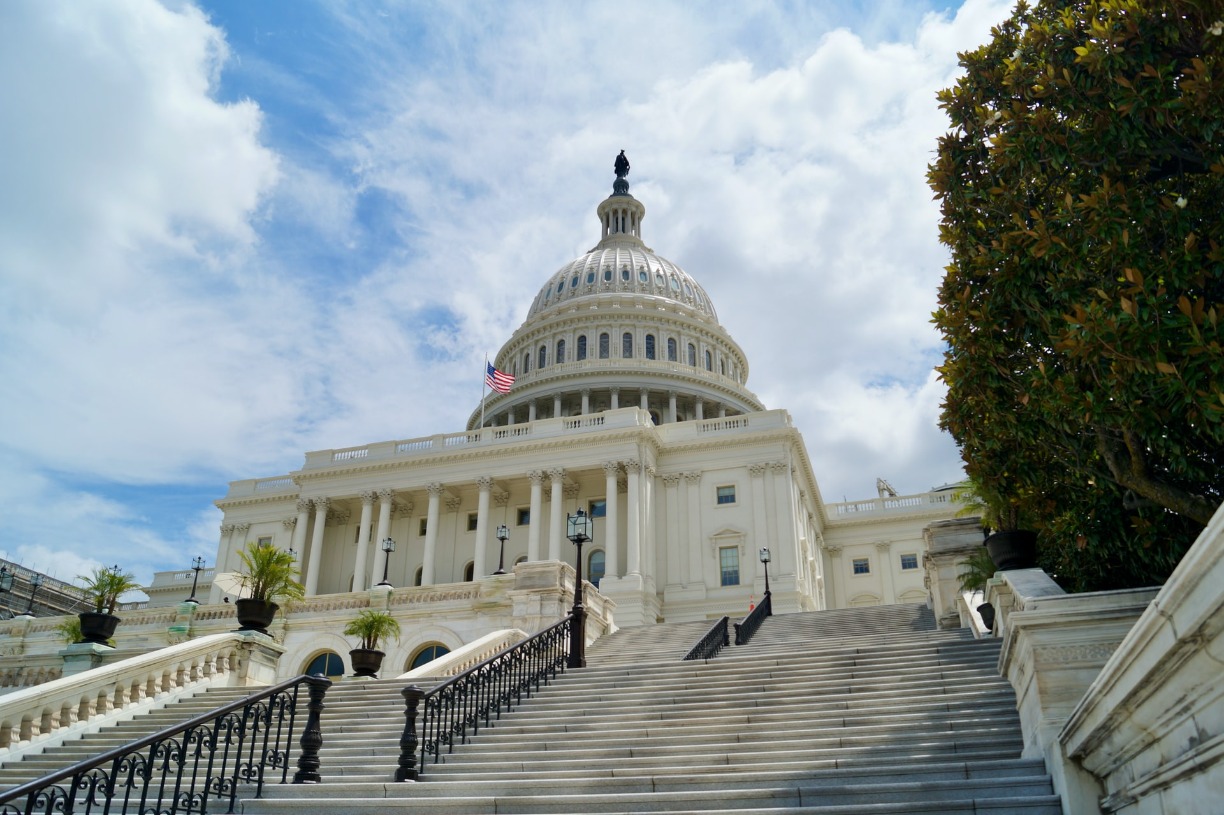 For countless qualified small businesses today, the specter of Joseph Heller’s Catch-22 provision appears to continue haunting their efforts to procure federal contracts. Want an award? You need relevant federal past performance. How do you get federal past performance? By winning a contract, of course—or three or five. Then we come to the American Small Business League’s (ASBL) revelations that giant corporations are reaping billions in “small business” contracts. It may be time for the government to rethink the criteria it uses to derive its 23% small business award mandate and move past the barriers of past performance to promote growth opportunities for the nation’s largest job creators.

Lockheed Martin and Raytheon are no strangers to anyone involved in federal contracting. They are two of the most well-known and formidable contractors engaged in mission-critical projects. Just as the U.S. government is the largest purchaser of goods and services in the world, spending in excess of $540 billion, Lockheed and Raytheon represent two of its largest sellers. While the scope of programs and scale of their organizations may seem massive now, both enterprises began as small businesses. They suffered setbacks, enjoyed successes, and eventually caught the attention of government agencies.

Lockheed’s journey began in 1912. The company initially designed commercial passenger aircraft for sightseeing tours in California. The industry crumbled in 1920 when surplus planes from World War I flooded the market at much cheaper prices. Six years later, after the first iteration of Lockheed folded, the company rebuilt, weathered the severe downturns of the Great Depression, developed the Vega (a pioneering and record-setting craft), and ultimately began supplying planes to Allied Forces in the second World War under government contracts. The P-38 Lightning remained the only American fighter plane in production throughout the duration of the war.

Raytheon came into being in 1922, originally focusing on dry refrigeration technology before shifting its focus to electronics. Its innovation was a helium rectifier. Using this electron tube in a battery eliminator, a type of radio-receiver power supply, the company made it possible to convert household AC to DC, eliminating the need for short-lived and expensive batteries. On its own, Raytheon emerged one of the world’s largest manufacturers of vacuum tubes. Then it diversified into producing transformers, power equipment, and automobile parts. But the government ushered in the company’s most explosive expansion as the primary producer of radar sets in World War II.

Lockheed and Raytheon shared similar trajectories. Both companies had vision, core competencies, capabilities, defined expertise, and experience. What they lacked was federal past performance, yet their growth is undeniably connected to the opportunities provided to them through government projects. The situation is remarkably different in the 21st century.

The Government Wants to Leverage Industry’s Knowledge, So Why Not Its Commercial Performance?

In 2017, the United States passed the Modernizing Government Technology Act to “allow agencies to invest in modem technology solutions to improve service delivery to the public, secure sensitive systems and data, and save taxpayer dollars.” Given the exponential advances that industry has made, the government seeks to capitalize on those experiences and increase utilization with contractors to bring those innovations to bear within the federal space. We see this more each day, with a recent example coming from Russian hacking in its war on Ukraine. Microsoft contained the breaches within three hours where intelligence agencies such as NSA could not match the pace.

The government wants what industry has achieved through breakthroughs in products, technologies, and services. Federal officials, on a widening spectrum, want to leverage the progress made by private sector players to bolster their own progress. So why discount the commercial performance of these organizations?

Past performance is an important factor in determining a company’s ability to deliver while establishing that the business does what it claims. In some ways, at least from my experience, it seems as though procurement officers lean heavily on federal past performance because it speaks to familiarity with regulations, complex processes, special requirements, and other elements of a large bureaucracy. But similar environments and projects exist outside the public sector. And relevant performance is still relevant performance.

Let’s go back to the Microsoft example. Pretend a small business that had never worked with the government accomplished the same outcome during the cyber threats from Russia. If that business were vying for a cybersecurity contract after successfully and rapidly thwarting Russian hacking attempts—a situation in which intelligence agencies encountered more challenges—why would a federal procurement officer lower the evaluation score just because the work occurred outside the realm of a federal contract?

It also begs the question of whether federal past performance is necessary. Koprince cited an interesting case in his article: “GAO’s decision in Pathfinder Consultants, LLC, B-419509 (Mar. 15, 2021) involved a VA Request for Proposals seeking a contractor to provide communications strategies and support services. The RFP was issued as a commercial item acquisition under the procedures set forth in FAR Parts 12 and 15. The RFP stated that award would be made on a best-value tradeoff basis, considering just two factors: technical merit and price.”

The bidder filed a protest over the terms of the solicitation, contending that excluding past performance from evaluation was unreasonable. In all likelihood, this bidder probably had plenty of it, which would have given his company a boost over competitors. But the VA, acting within its legitimate discretion, presented a compelling argument that more agencies should consider. The GAO upheld the VA’s decision:

“When drafting the solicitation, the VA noted that the types of communication services to be acquired were not particularly complex or difficult, and that therefore only assessing each offeror’s proposed technical approach would provide sufficient indication as to the likelihood of successful performance. Further, the VA explained that reviewing past performance information for communication services that are generally performed favorably was unnecessary and would not yield significant data for evaluative purposes. The protester has provided no basis for us to question the agency’s conclusion.”

In 2012, the Washington Post’s Olga Khazan opened her article on small business procurements with a punch: “Here are just a few of the companies that were considered a small business in the past year: Apple, Chevron, Verizon, Bank of America and Disney. At least, that’s what one advocacy group found when it perused the Federal Procurement Data Systems for government contracts for the past year.”

That advocacy group is the American Small Business League’s (ASBL). At the time, ASBL research discovered that of the top 100 companies receiving federal small business contracts, 72 were large companies that technically surpassed the SBA’s small-business size standards. That means in 2012, a scant 28% of those awards went to bonafide small businesses.

Four years after the Washington Post piece, Josh Harkinson highlighted similar circumstances in his article for Mother Jones: “Verizon Communications is the largest wireless provider in the United States, with 178,000 employees and $91.7 billion in sales last year, and yet it somehow managed to wrangle more than $107 million in federal ‘small-business contracts’ last year through the US Small Business Administration.”

This time, even the SBA’s Office of the Inspector General (OIG) declared the existence of “widespread misreporting…since many contract awards that were reported as having gone to small firms have actually been substantially performed by larger companies.” The causes were explained as reporting errors by contracting officers and poor oversight in how companies calculate their size.

Beyond mistakes, confusion, and allegations of fudging numbers and outright scheming, the way the SBA calculates the 23% goal leaves a lot of room for bad actors to manipulate the system. Here are the elements that influence how the threshold is derived.

“This dramatic decline in contracting opportunities matters,” the authors emphasized, “because of the outsized role that small businesses—and particularly small businesses owned by people of color—must play in an equitable recovery and economic future.”

So, now we have a diversity problem, too. And this is precisely why the Biden-Harris administration issued their October 2021 fact sheet on “Reforms to Increase Equity and Level the Playing Field for Underserved Small Business Owners.” In the notice, the White House wrote:

“For this reason, at the June 1 centennial of the Tulsa Race Massacre, President Biden announced a bold new goal: increasing the share of contracts going to small disadvantaged businesses by 50 percent by 2025–an unprecedented target projected to translate to an additional $100 billion to SDBs over 5 years.  The announcement built on the President’s Day One Executive Order 13985, which directed agencies to work to make contracting opportunities more readily available to all eligible firms and to remove barriers faced by underserved individuals and communities.”

Welcoming Small Business Back into the Federal Fold

On November 18, 2021, the administration launched the President’s Management Agenda (PMA) Vision. The third PMA priority—managing the business of government to build back better—recognizes that fostering lasting improvements in the Federal acquisition system can create opportunities for underserved communities. The PMA Vision states, “By creating more opportunities for all types of businesses and underserved entrepreneurs to compete for Federal contracts, the Federal marketplace can serve as a platform to create a more equitable economy.”

Our nation thrives on the outcomes of small businesses. They are the lifeblood of the economy, representing over 99% of all employers in the country who create two-thirds of all net new jobs. The SBA is dedicated to advocating for and championing the participation of small businesses in federal projects. To honor the president’s vision and the SBA’s commitment to small business development, reforms should be considered.

Full economic recovery from the pandemic, inflation, and other challenges arising from conflicts abroad cannot rest on a handful of giant companies alone—small businesses must be allowed and encouraged to thrive.

‍Photo by Samuel Schroth on Unsplash