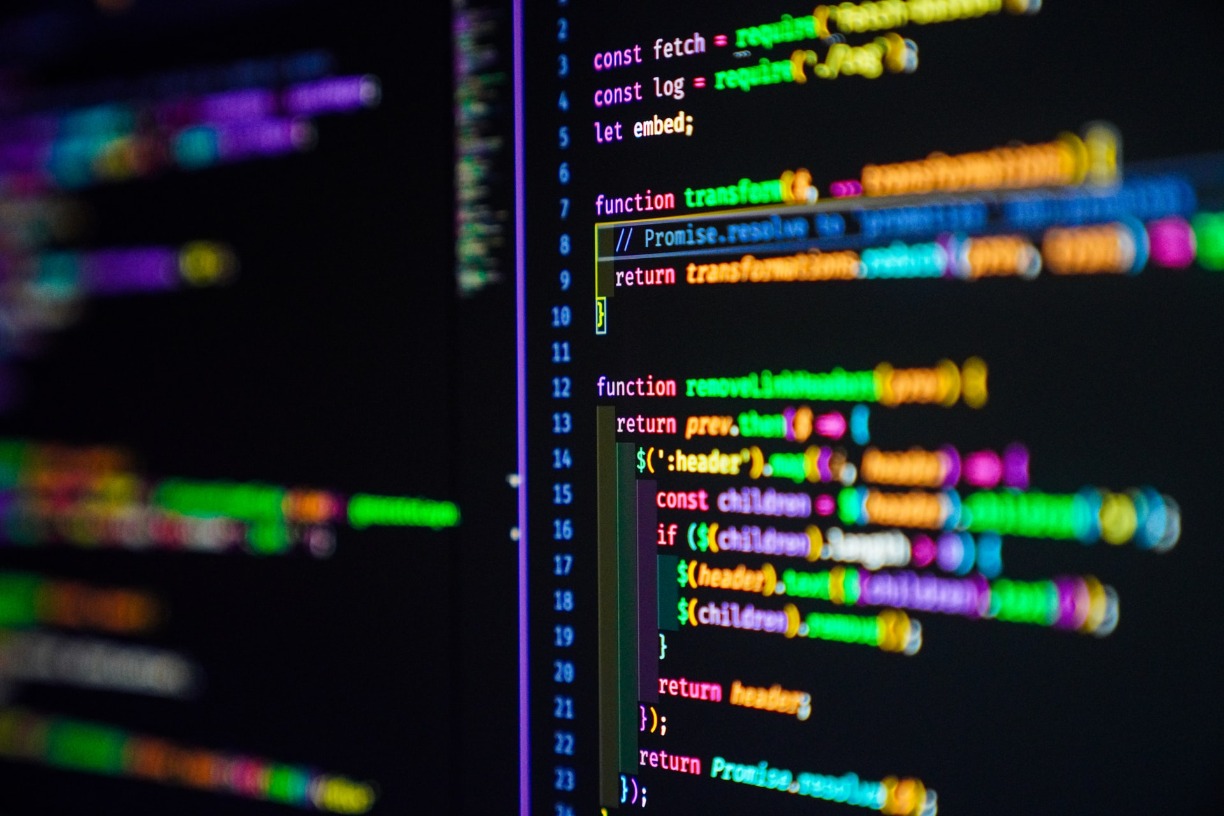 Presumption is seldom an admirable trait, but it seems safe to say that every industry is acutely aware of a massive talent shortage. Workers are leaving their jobs in record numbers, the tightening labor market is controlled by candidates, battles over telework continue to rage, and uncompetitive wages persist as an obstacle. Naturally, we keep looking for a bogeyman to blame so that we can identify the core problem and find a convenient resolution. Some pundits point to the pandemic, others to the boost in unemployment benefits and stimulus checks, and still others to the enduring challenges of diversity and inclusion. But the problem may actually be us. Specifically, our hiring technologies and the exclusionary protocols we’ve programmed into them, as a recent Harvard Business School report suggests.

“Employers today rely on increasing levels of automation to fill vacancies efficiently, deploying software to do everything from sourcing candidates and managing the application process to scheduling interviews and performing background checks,” wrote Kathryn Dill on September 4 in The Wall Street Journal. “These systems do the job they are supposed to do. They also exclude more than 10 million workers from hiring discussions, according to a new Harvard Business School study released Saturday.”

You read that right. The economy has 10 million job openings to fill, but our applicant tracking systems (ATS) and recruiting platforms are rejecting 10 million qualified applicants. The math here is pretty plain. We’ve unwittingly architected a stalemate. Joseph Fuller, the lead researcher on the Harvard study, presented several examples of how dubious gateway criteria excluded candidates who would have likely advanced to interviews in most other scenarios.

Back in the 1990s, the concept of job boards and electronic applications was intended to alleviate the burden of poring over countless resumes for recruiters and hiring managers. These platforms promoted a method of democratizing candidates and helping them stand out in an increasingly bustling and noisy crowd. But as the volume of applications grew exponentially through the ease of digital media, companies deployed stricter algorithms to filter out what they thought were misaligned, ill-fitting, or less optimally matched qualifications. According to Harvard, that’s not happening. In fact, the opposite may be true.

“That much automation made it difficult for some applicants to stand out,” Dill noted in her WSJ article. “The software typically ranks candidates according to broad affirmative criteria—such as candidates with a college degree—as well as negative criteria such as candidates who were convicted of a crime. The longer and more complicated the job description, the more people get weeded out by the automated systems. Each additional requirement eliminates candidates potentially equipped to fill a role, according to Harvard’s researchers. Differences between the way a technical skill is described by the military and the corporate world can also mean a veteran with decades of sought-after experience never has a chance, Harvard’s researchers said.”

These systems today account for 99% of those used by Fortune 100 companies and 75% of the participants in the Harvard survey. Harvard researchers said employers in their project admitted that 88% of “qualified high-skills candidates are vetted out of the process because they do not match the exact criteria established by the job description. That number rose to 94% in the case of middle-skills workers.”

The two biggest culprits in blanket applicant rejections—outside of bizarrely specific or weirdly irrelevant keywords—were education and gaps in employment history. Companies like Google and EY stopped using college degrees as a mandatory requirement years ago, realizing that talented programmers didn’t necessarily complete university. Yet, most other businesses still default to education as an all-or-nothing criterion, regardless of demonstrated skills, experience, references, and portfolios. Employment gaps offered a far greater hurdle.

“Harvard said the use of a résumé-gap scan can eliminate huge swaths of the population such as veterans, working mothers, immigrants, caregivers, military spouses and people who have some college coursework but never finished their degree,” explained Dill. “Overlooking a candidate based on a résumé gap relies on inferences from a universe of possibility employers can’t truly know, said Mr. Fuller. A problem pregnancy, bout of depression or moves alongside a spouse in the military could take someone out of the workforce, he said, and many résumé gaps are the results of economic factors beyond a worker’s control such as a recession-driven layoff followed by a period of unemployment.”

As we discussed in our podcast on AI Governance and Ethics, even medical doctors fell prey to machines denying them roles because of gaps in work history—in the middle of a pandemic complicated by talent shortages.

Writing for The Guardian, Jessa Crispin illustrated the disconnect: “The New York Times recently ran a story on doctors who couldn’t find jobs, even during a pandemic. Many could not get interviews, despite applying for dozens of positions, due to ‘gaps’ in their applications. Applicants were rejected by algorithms for things like taking too long to complete their education, or being out of work for too long. The reasons for those deficiencies in their résumés were pretty predictable, from caretaking responsibilities to financial concerns.”

Impacted residency programs have also caused significant delays. Emma Goldberg, author of the NYT piece, showcased Dr. Kristy Cromblin as an unfortunate example: “Dr. Cromblin had passed all her exams and earned her M.D., but was rejected from 75 programs. In the following years, as she kept applying, she learned that some programs filter out applicants who graduated from medical school more than three years earlier. Her rejection pile kept growing. She is now on unemployment, with $250,000 in student loans.”

If we’re going to overcome the immense hiring challenges we now confront, we need to stop lamenting our circumstances or finding external strawmen on which to lay blame. We must instead look inward, examine our processes, and work diligently to reject bad practices—not good candidates.

Some companies have already implemented changes. Following the example of fellow tech giants such as Google, IBM also abandoned college degree requirements as an immediate rejection point, according to Dill:

“One company that said it made a point to go after these deleted workers is IBM, which received 3 million applications in 2020. It decided to rethink how it evaluates these people several years ago when it had trouble filling cybersecurity and software development positions. The company eliminated college degree requirements for half its roles in the U.S. and rewrote job descriptions to better capture a role’s true needs. Since then, IBM has seen a 63% increase in underrepresented minority applicants, according to Nickle LaMoreaux, IBM’s chief human resources officer.”

“Strategically, our point of view was if you have the skills why should it matter how you got them?” IBM’s LaMoreaux said.

In literary publishing, most manuscripts are solicited. The editors reach out to known agents or authors and request works. That doesn’t mean a publishing house outright rejects unsolicited manuscripts from non-established writers. These get filtered into something called a slush pile, where assistant editors read through the submissions and recommend those that have potential. This process has launched careers. It also prevents a system from excluding prospective success because of black-and-white, hard-coded, and intransigent algorithms.

This idea is being embraced by Amazon, which “now hires from special programs created to bring in new types of workers who may have been filtered from its automated systems,” said Dill. “That includes veterans and military spouses, parents returning to the workforce and people with a handicap.”

In 2019, JPMorgan Chase made the decision to stop rejecting applicants with a criminal record. The bank hired 2,100 people with criminal backgrounds, which represented 10% of all new hires for the year. JPMorgan Chase said those hired generally had been charged with low level offenses such as disorderly conduct, personal drug possession, and DUI.

A machine can never understand the factors that contributed to an individual’s outcome in this regard. So instead of banning the candidate automatically, we may want to consider banning the criteria and asking candidates about the conviction, its resolution, and assess their qualifications to perform the job effectively and ethically.

Revisit the Role of Recruiters

Automation in HR is often touted, and even pushed, as a way to enhance the performance of recruiters. In many ways, it can. But if the screening processes that these bots undertake lead to eliminating candidates in the background, how will recruiters know who they missed? A better alternative is to have a system flag a resume for an alternate review. These applications represent candidates who fell somewhere in between pass and fail algorithms (after refining the failure points to accommodate more leniency). While other recruiters on your team are contacting candidates that made the grade, a smaller pool could be reviewing the flagged applications to develop a keener sense of whether to explore the candidate in more depth, including outreach for additional information, before removing them from consideration altogether.

The Robots Are Here, But They Could Use Some Tutoring

ERE interviewed Roopesh Panchasra, Uber’s head of executive talent acquisition. When asked about the robots coming for recruiters’ jobs, he replied: “They’re already here. So you’ve got to think: Where will this leave recruiters? The answer lies in looking at other professionals that no longer exist, at least not in the way they used to. Just look at how technology has either redefined some jobs or simply made them less relevant: Film projectionists, bank cashiers, even opticians. My father was an optician. He used to manufacture contact lenses by hand. In his heyday, he’d manufacture maybe 40 per day. Almost overnight, though, big plants and machines were able to manufacture thousands per day. Also look at travel agents. They are almost obsolete.”

Until machines learn to read people instead of just code, I don’t believe recruiters are nearly obsolete. I believe their roles will evolve and be reinvented. Robots reside among us, but they have a long way to go in understanding us. We need to become better teachers. We need to be more involved in their inputs, configurations, guidance, and autonomy. And we also need to embrace our roles as curators, relationship managers, trainers, and skills developers if we are going to conquer the hiring obstacles before us. Otherwise, we’re just allowing a fairly binary algorithm to automate away our future superstars.

Photo by Joan Gamell on Unsplash