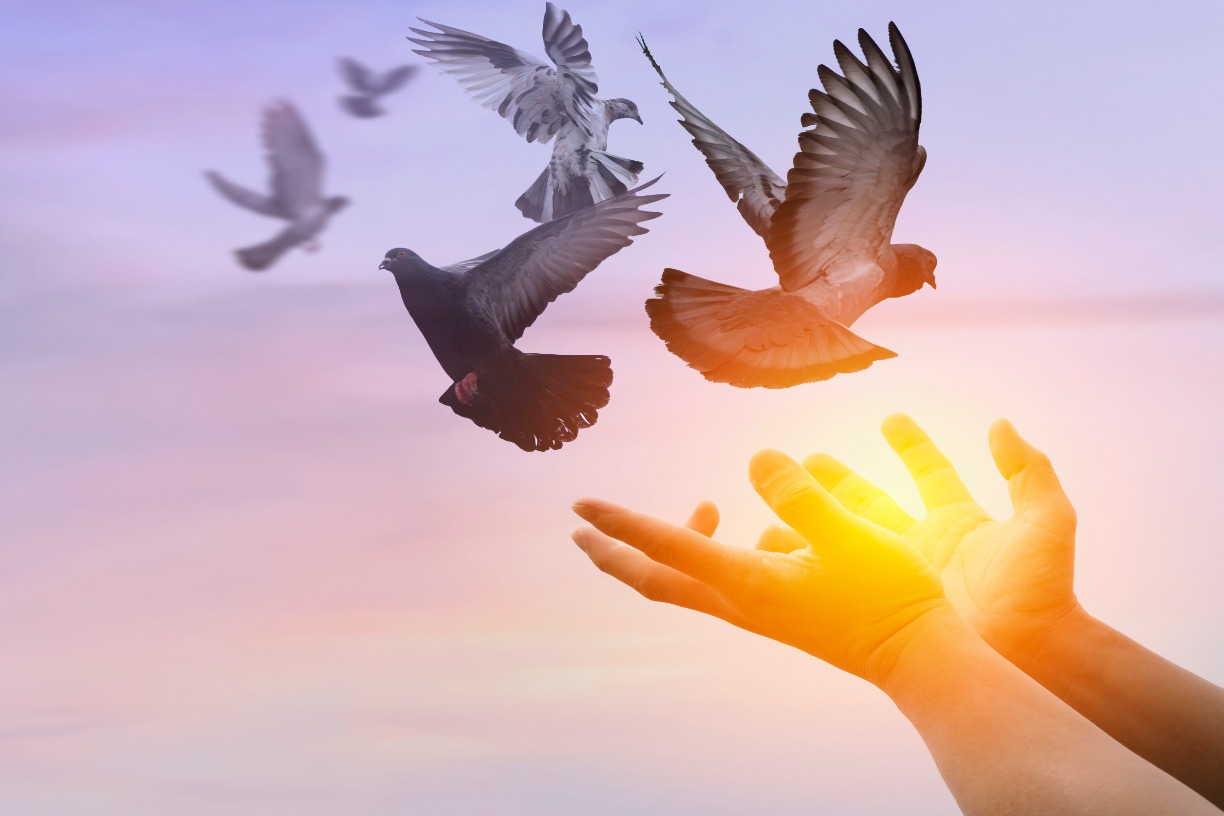 In 2019, JPMorgan Chase made the decision to stop rejecting applicants with a criminal record. The bank hired 2,100 people with criminal backgrounds, which represented 10% of all new hires for the year. JPMorgan Chase said those hired generally had been charged with low level offenses such as disorderly conduct, personal drug possession, and DUI. This nontraditional approach to solving an ongoing talent shortage helped propel the “Ban the Box” movement that has since spread across 37 states and 150 cities nationwide. Three years on, we’re still plagued by hiring challenges, further complicated by the growing momentum of “quiet quitting” and the “Great Resignation.” But the formerly incarcerated, an often ignored group of potential candidates, could help businesses overcome their employment obstacles. And companies like JPMorgan, Microsoft, and Slack are leading the charge.

Americans with Criminal Records Are In Demand

“Companies in tech, banking, transportation, and scores of other sectors are looking at a huge segment of the U.S. population as a promising source of much-needed workers: Americans with criminal records,” Susan Caminiti reported for CNBC.

There are over 2.2 million people behind bars in state and federal prisons. The vast majority of them will be released. Beyond that, however, 80 million Americans have some form of criminal record, according to the Bureau of Justice Statistics.

“Even an arrest without conviction can create a lifetime of barriers to employment, leading to poverty, repeat offenses, and re-arrest,” Caminiti pointed out. “But in recent years, a growing number of companies, driven by social justice reform as well as the intense struggle to find talent, are participating in formal programs to help these individuals re-enter the workforce.”

Just as Microsoft famously created a standalone program to employ neurodiverse talent — predicating the hiring process on the candidate’s special needs, emotional triggers, and responses to stressors or overstimulation — others are adopting a similar approach to developing dedicated programs for hiring capable workers with a criminal record.

Next Chapter, founded by Slack (the popular messaging service owned by Salesforce), seeks to transform the technology sector by creating a more equitable workplace for formerly incarcerated individuals. The project focuses on providing access to technical training and mentorship for workers with criminal records. The goal is to expand the pool of skilled and qualified candidates for careers in the tech sector.

JPMorgan Chase CEO Jamie Dimon, in partnership with Eaton CEO Craig Arnold, has spearheaded the Second Chance Business Coalition (SCBC). Formed in the aftermath of the George Floyd murder, SCBC is committed to promoting the benefits of second-chance employment by providing employers with resources to hire people with criminal records and continue to help them advance in their careers. “Its aim,” Caminiti explained, “is to increase the number of companies offering job opportunities to individuals with criminal records, and to prove that doing so is not just good for society, but for the bottom line as well. Company partners include Best Buy, McDonald’s, Microsoft, PepsiCo, Target, and Walmart.”

Research published by SCBC demonstrates the initiative’s success, providing hard data to downplay lingering stigmas that companies may have about considering this candidate population. SCBC found that 85% of HR executives and 81% of business leaders determined that second-chance workers performed the same as or better than employees without criminal records. The research also showed lower turnover and stronger loyalty among formerly incarcerated talent.

In 2016, Slack CEO Stewart Butterfield visited San Quentin prison to meet a group of men who were learning to code through a tech program called “The Last Mile.” Commendable as educational access can sometimes be in U.S. prisons, it falls far behind the rehabilitative efforts that correctional institutions in Europe and Scandinavia have pioneered. And during the encounter at San Quentin, Butterfield saw firsthand how the prison system does too little to rehabilitate, train, and prepare inmates for life outside.

As Caminiti described, “[Butterfield] quickly realized that while they were talented coders, there was no path to full-time tech employment once they were released. He also saw that the majority of the prisoners were people of color and other minorities who were woefully underrepresented in the tech space. Two years later, Slack started Next Chapter and began recruiting other tech companies to join the effort.”

“There are now 14 tech companies participating in Next Chapter’s network of hiring partners, including PayPal, Zoom, Dropbox, and Asana,” Caminiti added.

As Corporate Accountability Lab explained, prison labor has become a central part of the carceral system as it exists today. The economic incentives it provides more often fuel greater reliance on utilizing some of the cheapest labor on the market instead of focusing on rehabilitating and job training for inmates who will be released: “Private corporations are incentivized to lobby for policies that maximize prison populations in order to sustain a business model that is only profitable because they can exploit artificially deflated labor costs. Over 4,100 corporations profit from mass incarceration in the United States. These corporations include private prisons, which hold valuable government contracts featuring minimum bed guarantees and a fixed price per-prisoner, private companies that stock overpriced commissaries and provide telephone services, and private companies using prison labor in their supply chains.”

Nike, in fact, was urged by Oregon State Representative Kevin Mannix in 1995 to close its Indonesian production facilities and relocate back to the United States where manufacturing costs would be more competitive through the use of prison labor.

The nature of “outsourced” work that prisons offer has since expanded beyond manufacturing, construction, and maintenance. Believe it or not, companies such as Amazon, Northrop Grumman, and Palantir rely on prison labor to assist with data and information systems.

It’s easy to say that incarcerated people are criminals and deserve what they get. However, a crucial factor to consider involves the crimes themselves. The largest group of inmates, at 45.2%, are serving sentences for nonviolent drug offenses, according to statistics from the Federal Bureau of Prisons (BOP). By contrast, inmates doing time for homicide, assaults, and kidnapping represented just 3.2% of the prison population.

Nearly half of the overall prison census is made up of people arrested for nonviolent drug, property, or public order crimes, who serve longer and harsher sentences than incarcerated individuals in other countries. And because there is no real emphasis on rehabilitation and reintegration, America sees one of the highest recidivism rates at 76.6%. Norway, conversely, boasts the world’s lowest at about 20%. And the inmates it releases become vital contributors to society and the economy. What’s the difference? Job training is a big one.

Prison as Rehabilitation and Reintegration Program

Norway has the primary goal of reintegrating its prisoners as stable contributors to their communities. Its cells closely resemble small dorm rooms. Many prisons in Norway have completely banned bars in their architectural design, opting instead for open style cells. At the maximum-security Halden prison, each inmate has a toilet, shower, refrigerator, and a television. They also enjoy access to kitchens and common areas.

As Jessica Benko wrote in the New York Times, “The treatment of inmates at Halden is wholly focused on helping to prepare them for a life after they get out. Not only is there no death penalty in Norway; there are no life sentences. The maximum sentence for most crimes is 21 years.”

Norway also makes a “reintegration guarantee” to all released inmates. “It works with other government agencies to secure a home, a job and access to a supportive social network for each inmate before release; Norway’s social safety net also provides health care, education and a pension to all citizens,” Benko explained.

In 1998, Norway’s government shifted to an explicit focus on rehabilitating prisoners through education, job training, and therapy. A second wave of change in 2007 made a priority of reintegration, with a special emphasis on helping inmates find housing and work with a steady income before they were released. The result?

“Among Norway’s prison population that was unemployed prior to their arrests, they saw a 40% increase in their employment rates once released,” Liz Benecchi wrote in the Harvard Political Review. “The country attributes this to its mission of rehabilitation and reemergence into society through its accepting and empathetic approach.”

Norway’s costs to house, rehabilitate, train, and support inmates throughout their journeys are not cheap; they’re roughly three times that of the United States, per inmate. “But if the United States incarcerated its citizens at the same low rate as the Norwegians do (75 per 100,000 residents, versus roughly 700), it could spend that much per inmate and still save more than $45 billion a year,” Benko noted.

Only voters and legislators can truly influence reforms in the U.S. penal system, but as we’ve seen from companies like Slack (Salesforce) and JPMorgan, businesses can drive innovations to help formerly incarcerated candidates reintegrate to society as productive contributors in the workforce.

“Ban the box” is a step in that direction. “Nationwide, 37 states and over 150 cities and counties have adopted what is widely known as ‘ban the box, so that employers consider a job candidate’s qualifications first—without the stigma of a conviction or arrest record,” Beth Avery and Han Lu of the National Employment Law Project noted. “Borne out of the work of All of Us or None, these policies provide applicants a fair chance at employment by removing conviction and arrest history questions from job applications and delaying background checks until later in the hiring process.”

“Extending fair chance policies beyond government employment to the private sector is a crucial step toward ensuring that people with records have a fair chance at employment in the majority of jobs,” Avery and Lu added. “Numerous states and localities have taken further action by banning the box for government contractors and private employers.”

Although helpful, adoption of “ban the box” hiring practices can’t solve the larger problem alone. The key to success is forming partnerships between business and local organizations that can provide wrap-around support services for individuals who are making the transition from prison to the workforce. JPMorgan’s Second Chance Business Coalition and Slack’s Next Chapter are demonstrating how effective those efforts can be. But this is also a tremendous opportunity for companies in the workforce solutions industry to consider and create.

These are just some ideas. With a little imagination, the industry could do wonders for second chancers and the organizations they will support. It’s not just about giving people jobs, it’s about giving them a chance to remake their lives, support their families, and strengthen their communities.